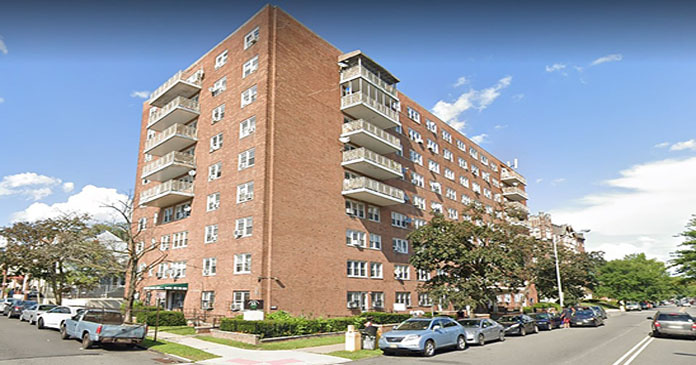 In Paterson, which continues to evolve from its industrial roots into a dynamic urban-core municipality, Gebroe-Hammer Associates Senior Vice President Debbie Pomerantz has arranged the $22.75M sale of a 118-unit multifamily hi-rise in the Eastside Park Historic District. The Northeast New Jersey market specialist exclusively represented the seller, 599 Broadway Management LLC, and procured the buyer, 599 BWY LLC, in the transaction.

Located at 595-609 Broadway at the corner of E. 27th Street, the nine-story tower is a residential anchor within this high-population-density corridor. A mid-century vintage building that has been continually updated, Broadway Towers is comprised of a mix of one- and two-bedroom open-concept floorplans featuring spacious closets and private patios/balconies. On-premises amenities include laundry facilities, elevators, on-site parking and controlled access.

“Paterson is following in the revitalization footsteps of its sister cities of Newark and Jersey City, which are serving as national models for successful urban renewal,” said Pomerantz. “As an urban infill locale with an abundance of retail corridors and commercial and industrial parks, Paterson’s renaissance is rooted in a unique modern identity that reflects its diverse constituent neighborhoods and rich history.”

Centrally positioned within the very-walkable Eastside neighborhood, Broadway Towers offers excellent local, regional and interstate transit and highway connectivity. Commuter options include front-door NJ Transit bus service along Broadway on Routes 171 and 770 as well as the Route 4 Jitney. NJ Transit’s Paterson Station and rail service along the Main/Bergen County and Port Jervis Lines is 1 mile away. The area also is served by I-80; U.S. Route 46 and 202; and NJ Routes 19, 20, 23 and 208.

“With an apartment-dominated housing stock where about three-quarters of the residential real estate is renter occupied, Paterson’s workforce-housing tenant pipeline is historically sustained by an employee base of professional, manufacturing and laborer positions,” said Pomerantz. “Comparatively, Paterson’s rental-living options – ranging from duplexes, homes converted to apartments and small apartment buildings to iconic high-rises like Broadway Gardens – are as diverse as its residential base.”

As a larger medium-sized city, Paterson is the county seat of Passaic County, N.J. With a population of 147,000 people and 33 constituent neighborhoods, Paterson is the third largest community and third most-populous city in New Jersey.

Known as the Silk City for its dominant role in silk production during the latter half of the 19th Century, manufacturers harnessed the water from the Great Falls to power factories producing textiles, railroad locomotives, paper and firearms.

“Once again, Paterson is focusing on the natural resource of the Great Falls to power its renaissance,” said Pomerantz, who noted officials have sketched out plans for mixed-use developments and the campus of a university they hope to attract in the near future. “Restaurants and stores are gradually expanding their presence within this historic downtown area, making it a destination for visitors and locals alike.”

Pomerantz, who is the firm’s Bergen/Passaic County market specialist, represents client interests throughout New Jersey and beyond. In the past 24 months, she has recorded multifamily investment sales totaling 1,219 units garnering a combined $239M. In addition to Broadway Towers, highlights include the $11.6M trade of 480Flatz, a new construction 35-unit Class A property in East Rutherford; $14.6M sale of 84 units at West 7th Street Apartments in Plainfield; and the $11+M sale of the 88-unit City Center Portfolio in East Orange.