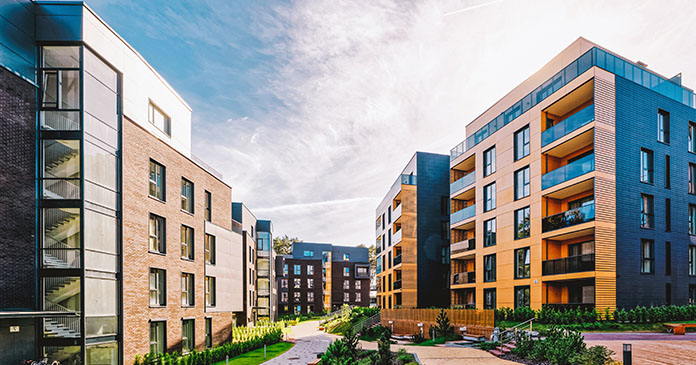 Apartment market conditions generally improved according to the National Multifamily Housing Council’s Quarterly Survey of Apartment Market Conditions for January 2022. The Market Tightness (69), Sales Volume (59), and Equity Financing (67) indexes all came in above the breakeven level (50) for the fourth quarter in a row, though many respondents indicated conditions remained unchanged across the indexes. The Debt Financing (36) index indicated weaker conditions for the second consecutive quarter.

“We are continuing to witness strong demand for apartments across the entire U.S., but most notably in the Sun Belt, where most markets have seen double-digit rent growth that has more than made up for the pandemic slowdown,” noted NMHC’s Chief Economist, Mark Obrinsky. “And even as construction continues to rebound from the lows of 2020, absorptions have more than kept pace, such that apartment occupancy remains at record-highs.”

“Equity financing remains widely available, allowing for continued transactions in the apartment sales market, even as higher interest rates have made it more expensive to borrow.”

Respondents were also asked to list markets they are specifically avoiding, either due to existing rent control measures or the threat of new policy adoption. Of the 31 respondents who answered this question, 55 percent indicated specific markets in California or the state as a whole; 29 percent said New York; 23 percent indicated Minneapolis/St. Paul; 19 percent mentioned Washington or Seattle; and 16 percent said they are avoiding Oregon or Portland specifically. Additional markets respondents reported specifically avoiding included Illinois/Chicago, Maryland, Boston, Connecticut, and Denver.