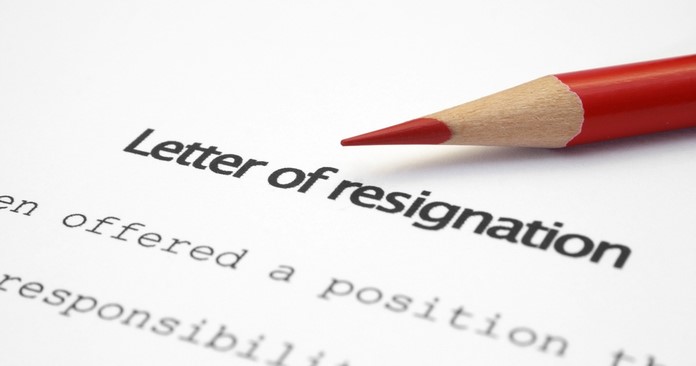 The November Job Openings and Labor Turnover (JOLT) report from the Bureau of Labor Statistics (BLS) said that the number of job openings dropped slightly while remaining at a high level. Hiring and job separations both rose during the month.

The BLS reported that there were 10.6 million job openings at the end of November. This figure was down by 471,000 from the preliminary level reported last month. The November job openings figure represents 6.6 percent of total employment plus job openings. For comparison, the unemployment rate in November was 3.9 percent and 6.3 million people were unemployed. Another 5.7 million people said that they would like to have a job but that they were not actively looking for employment.

Construction hiring up, openings down 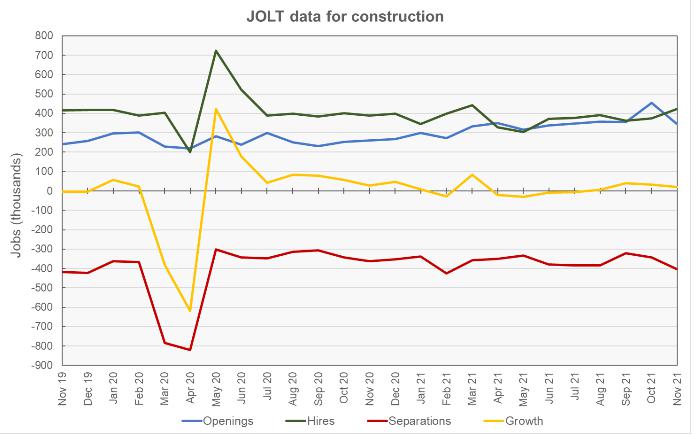 The last chart, below, shows the employment situation for the real estate and rental and leasing (RERL) jobs category. Employment growth in this jobs category was 4,000 jobs, continuing its positive streak. 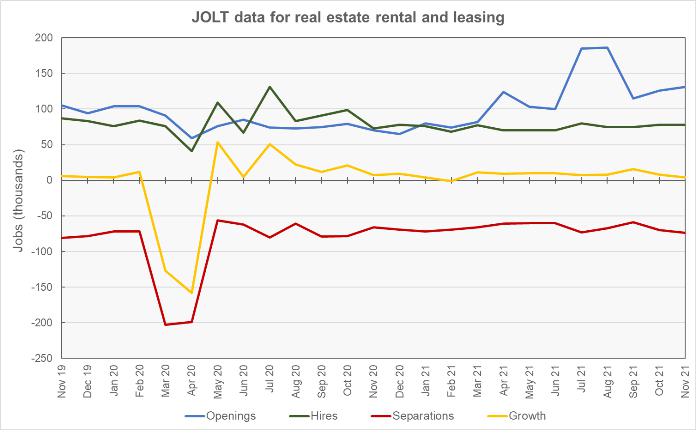 The number of openings in the RERL jobs category was 131,000 jobs at the end of November, up 5,000 jobs from the month before. Job openings in November were 61 percent higher than their year-earlier level.

Hiring in November for RERL jobs was unchanged from October’s level at 78,000 jobs. The preliminary figure for October reported last month was not revised this month.

Separations in the RERL jobs category in November were up 6 percent from October’s revised figure (-1,000 jobs) to 74,000 jobs. Quits were up 26 percent to 59,000. Quits represented 80 percent of total separations in November.