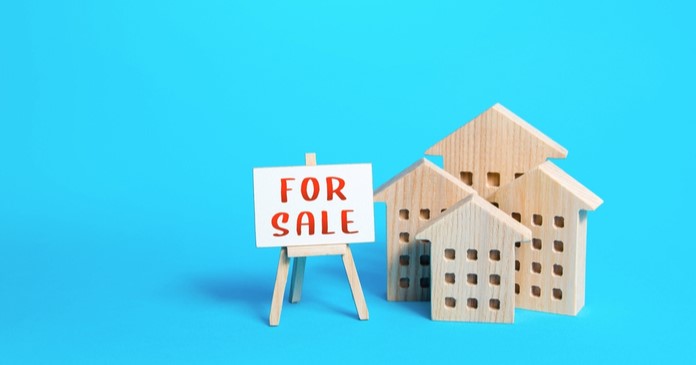 A new report from Real Capital Analytics (RCA) said that multifamily property prices rose 23.6 percent year-over-year In December.  This is the fourth month in a row where the annual increase in the apartment price index set a record for RCA’s data set, which goes back to 2001.

Real Capital Analytics tracks an metric they call the Commercial Property Price Index (CPPI). The index is computed based on the resale prices of properties whose earlier sales prices and sales dates are known. The index represents the relative change in the price of property over time rather than its absolute price. Note that, as properties are added to the RCA dataset each month, they recalculate the CPPI all the way back to the beginning of the data series.

RCA reported that multifamily property prices were up 2.9 percent for the month of December. This is the sixth month in a row where the monthly rate of appreciation in the CPPI set a record for the data series. The CPPI for garden-style apartments rose by 25.8 percent year-over-year while the CPPI for mid-rise/high-rise properties was up 13.0 percent. Leading metros for price appreciation were Phoenix, Jacksonville, Las Vegas, Charlotte and Raleigh/Durham.

Price appreciation in December for all commercial property as a single asset class was 3.6 percent month-over-month and 22.9 percent year-over-year, both records.

The first chart, below, plots the year-over-year change in the values of the CPPI since January 2012 for all commercial property as a single asset class and for apartments. The chart makes clear how unusual is the recent rapid rise in commercial and multifamily property prices. 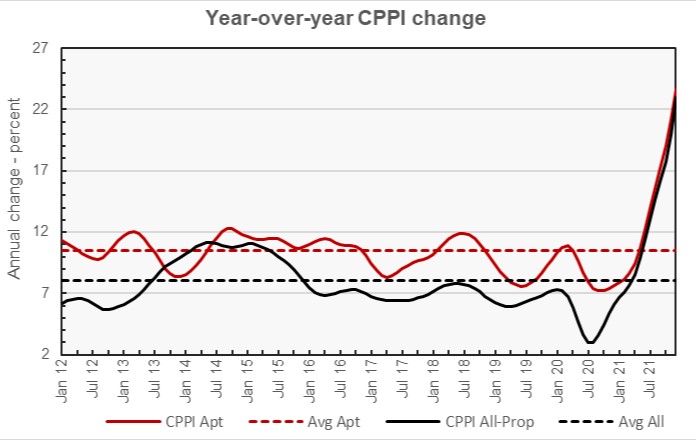 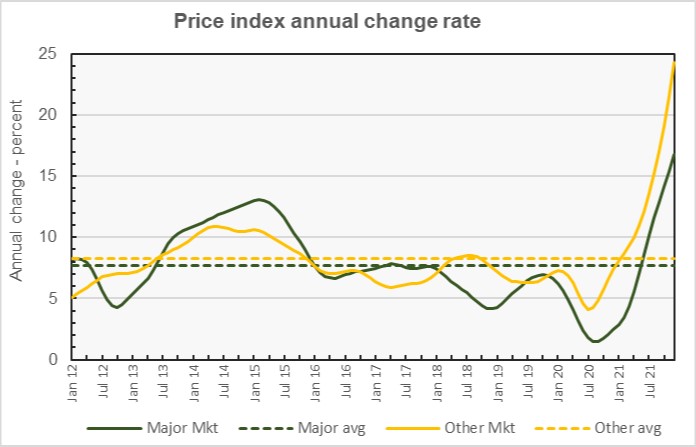