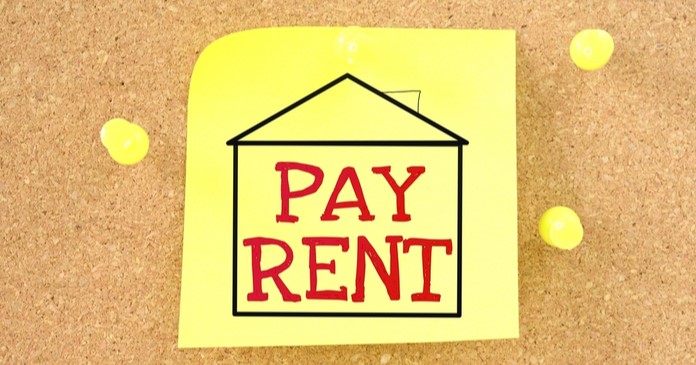 The “Week 40” edition of the Census Bureau’s Pulse Survey has been released. It shows that the portion of renters with rent delinquencies is nearly unchanged since we last reported on this survey.

The Pulse Survey is an experimental program that the Census Bureau has been running to assess how the population of the country is reacting to the fallout from COVID-19. The current survey, designated Week 40, is the first of what Census calls Phase 3.3 of the survey. With each new phase of the survey, the questions that are asked of respondents are revised, usually to gather more detail on some point of interest to the survey designers. The rental housing portion of the Phase 3.3 version of the survey gathers more information about renters seeking to access rental assistance through their state or local government.

The Week 40 survey collected data from December 1 to December 13. The renter portion of the survey covers renters of both multifamily and of single-family properties. 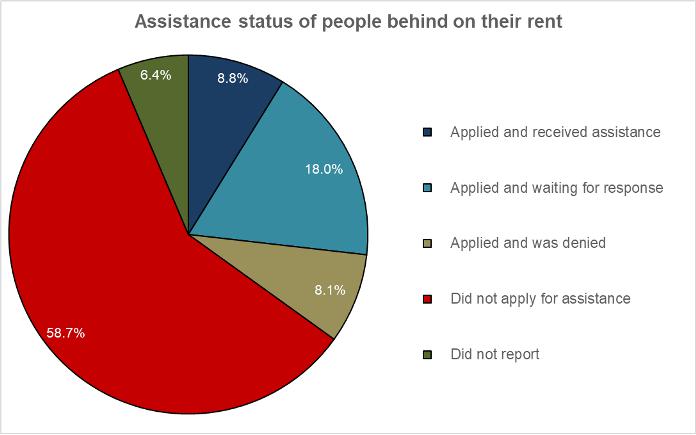 A key question for renters which has been asked in all phases of the survey is whether they are behind on their rent. While some say that they occupy their housing without paying rent and some did not report whether they are current on their payments, the majority of respondents answered the question Yes or No. The portion of respondents who pay rent saying that they are not current has varied from survey to survey. The first chart, below, shows the history of responses to this question. Note that the “Week 40” survey was actually taken 80 weeks after the initial Pulse Survey. 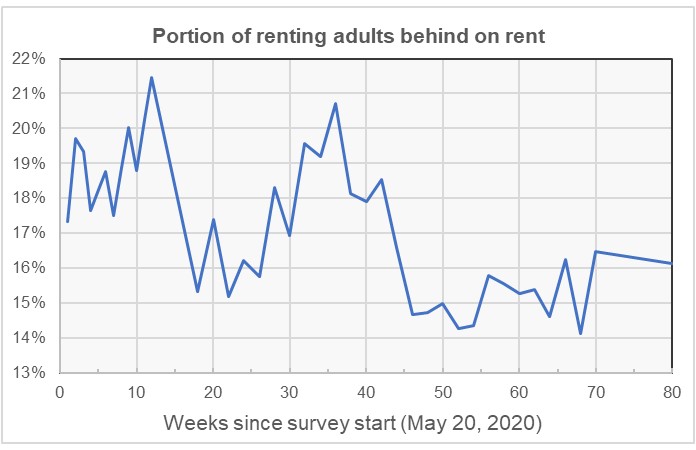 The chart shows that the portion of renters who are behind on their rent in the latest survey is nearly unchanged from the result in the last survey, which was taken 10 weeks earlier. Approximately 16 percent of those who responded “yes” or “no” to whether they were current on their rent indicated that they were behind.

The NMHC rent tracker recently reported that 93.1 percent of renters at 11.8 million professionally managed apartments had made at least a partial rent payment for November by the end of the month. However, only 77.1 percent of those renters had made at least a partial payment for December by the 6th of the month. This was about the same timeframe at which the latest Pulse Survey was taken but it indicates that at least 23 percent of renters were behind on their rent at that time. 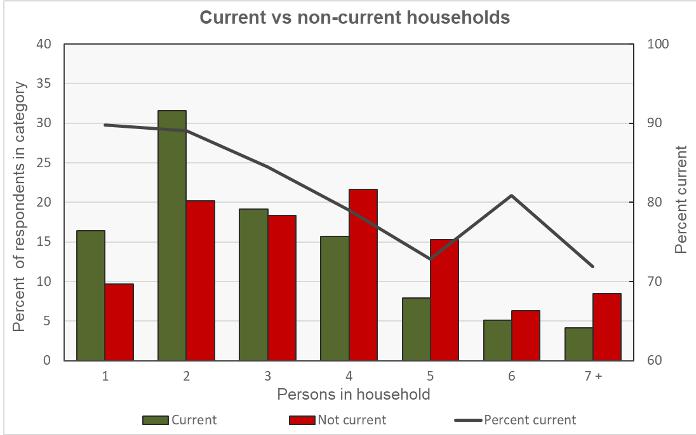 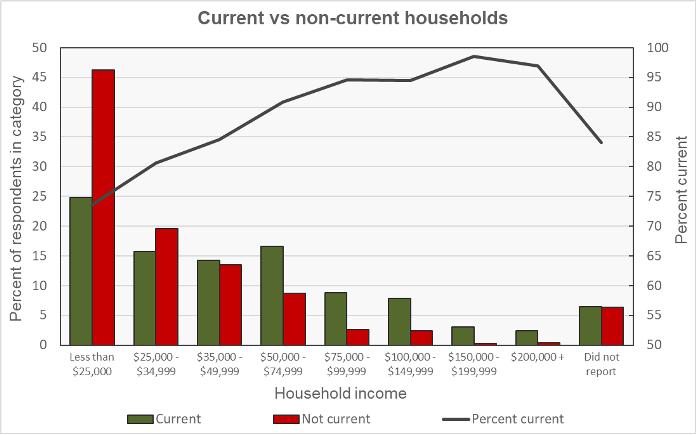 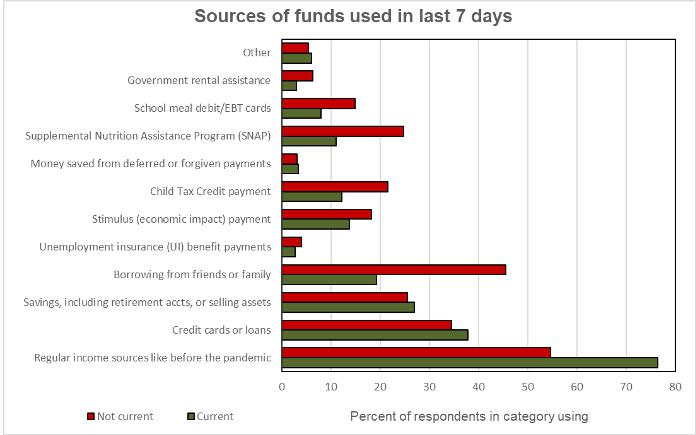 The percentage of renters who reported using rental assistance in response to this question does not quite match the results in the first question we discussed above. However, nearly half of the survey participants dis not answer this question, so the results may be skewed.