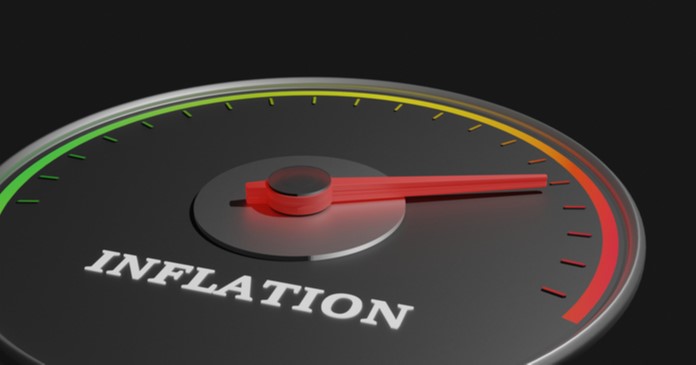 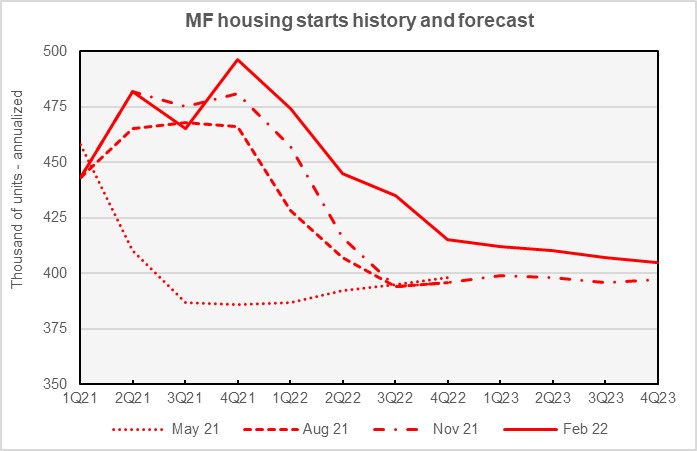 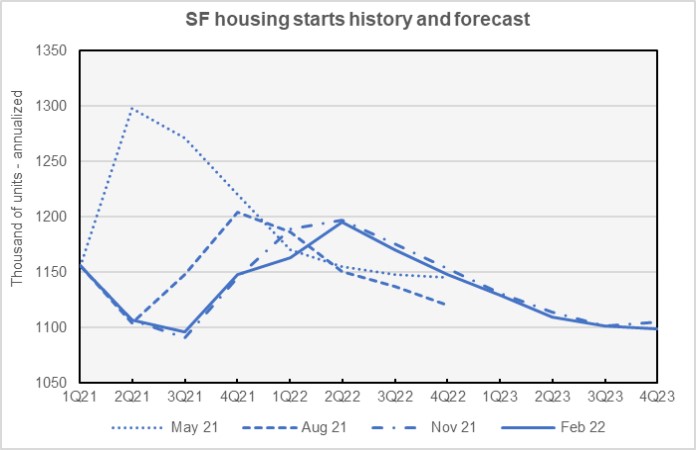 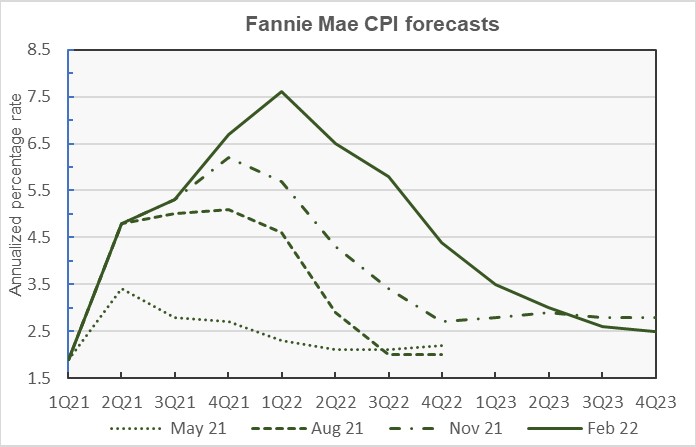 As 2021 progressed, Fannie Mae repeatedly revised their forecasts to call for higher inflation for a longer period. Compared to last month’s forecast, Fannie Mae now calls for inflation in 2022 to be between 0.4 and 0.6 percentage points higher in each quarter of the year. However, the inflation forecast for 2023 was revised down slightly. 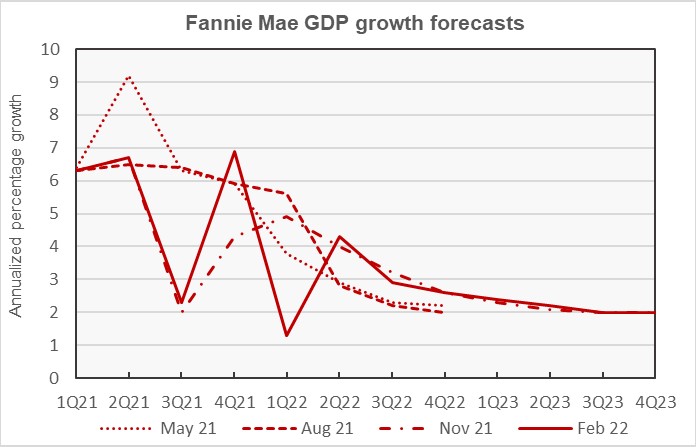 Fannie Mae’s forecast for GDP growth in Q4 2021 was revised slightly upward this month with growth now expected to come in at an annualized rate of 6.9 percent. However, this growth was driven more by inventory accumulation than by current consumption or capital investment, so Fannie Mae does not expect it to be sustainable. In addition, effects of the Omicron wave and of rising interest rates in response to higher inflation, are expected to weigh on growth going forward.

For the year 2022 as-a-whole, the GDP growth forecast was revised downward from 3.1 percent to 2.8 percent. 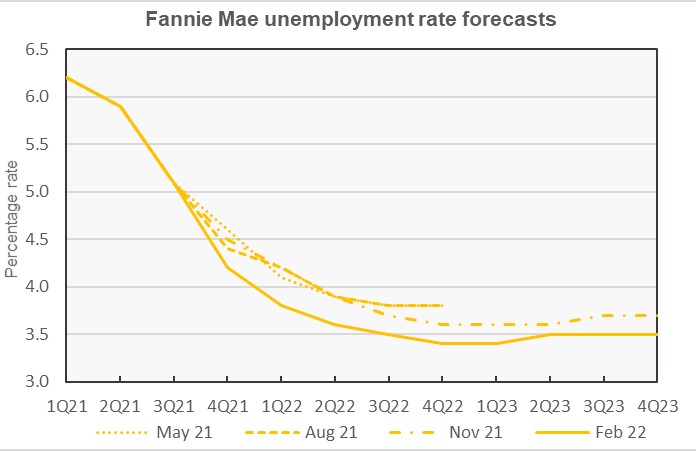 The unemployment rate depends both on the number of people working and also on the number of people choosing to participate in the labor market, so it only gives a partial view into the strength of the jobs market. Another key measure of market’s strength is the change in total non-farm employment. The current forecast for this metric is shown in the last chart, below, along with other recent forecasts. 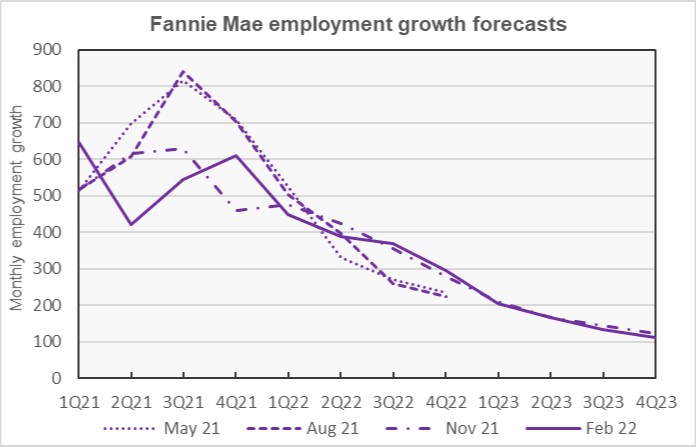 Comparing the above two charts shows that, while the unemployment rate declined throughout 2021 in line with Fannie Mae’s forecasts, employment grew more slowly than they had projected. This implies that there were fewer people participating in the jobs market than they had expected. In fact, the labor force participation rate remains below its pre-pandemic level as people have been slow to return to the jobs market.

The Fannie Mae Multifamily Market Commentary for February focused on how the rapid rise in apartment rents, and in inflation more generally, are decreasing apartment affordability. It also documented how rent delinquencies have changed compared to pre-pandemic times, with delinquencies rising by 3 percentage points or more in class B and class C apartment, and a little less in class A apartments. Delinquencies also rose by a little more than 3 percentage points in federally assisted properties, although the performance varied by the type of assistance provided.

Despite the rise in delinquencies and the exhaustion of Emergency Rental Assistance Program funds in many states, eviction levels remain below pre-pandemic rates in most jurisdictions. Las Vegas is an exception, with eviction levels currently running at 126 percent of the historical average.

The Fannie Mae forecast discussion can be found here. There are links on that page to the detailed economic and housing forecasts.