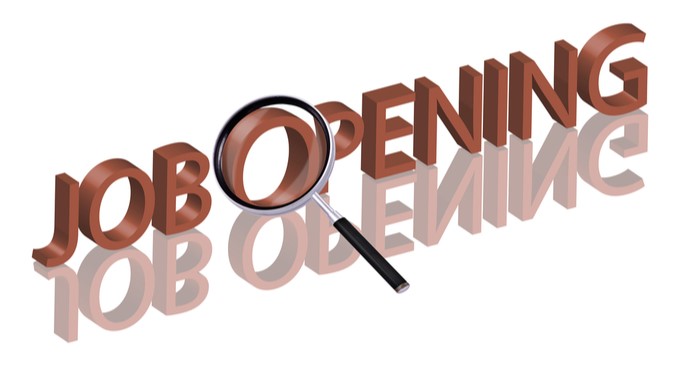 The December Job Openings and Labor Turnover (JOLT) report from the Bureau of Labor Statistics (BLS) said that the number of job openings increased slightly for the month. Both hiring and separations fell, but there was positive job growth for the month.

The BLS reported that there were 10.9 million job openings at the end of December. This was up by 363,000 from the preliminary level reported last month. The December job openings figure represents 6.8 percent of total employment plus job openings. For comparison, the unemployment rate in December was 3.9 percent and 6.3 million people were unemployed. Another 5.7 million people said that they would like a job but were not counted as being in the labor force since they were not actively seeking employment.

The portion of people quitting their jobs fell slightly to 2.9 percent of the labor force. The involuntary separations rate fell to only 0.8 percent, the lowest level seen in this data series, indicating that employers sought to hold on to their current employees.

The first chart, below, shows the employment situation for the construction jobs market over the last 37 months. It shows that December saw a net rise of 43,000 jobs, up from the revised (+12,000) rise of 32,000 jobs reported for November. 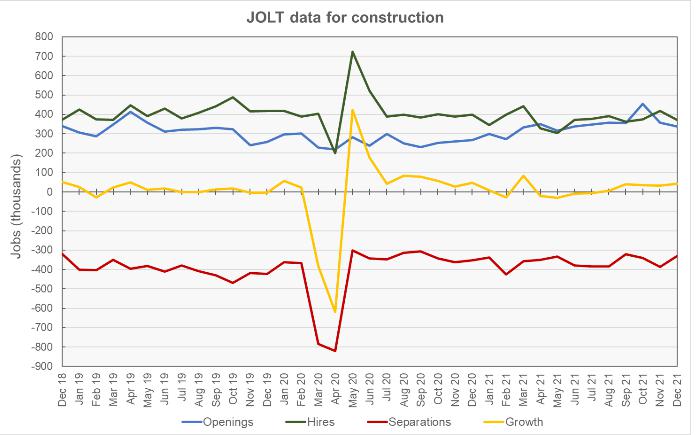 Hiring was reported to be down 46,000 jobs in December from November’s revised (-4,000 jobs) figure. The BLS reported that 373,000 construction jobs were filled in December, 26 percent below the year-earlier figure.

The last chart, below, shows the employment situation for the real estate and rental and leasing (RERL) jobs category. Job growth in this category was 6,000 jobs, extending its positive streak of job growth to 10 months. 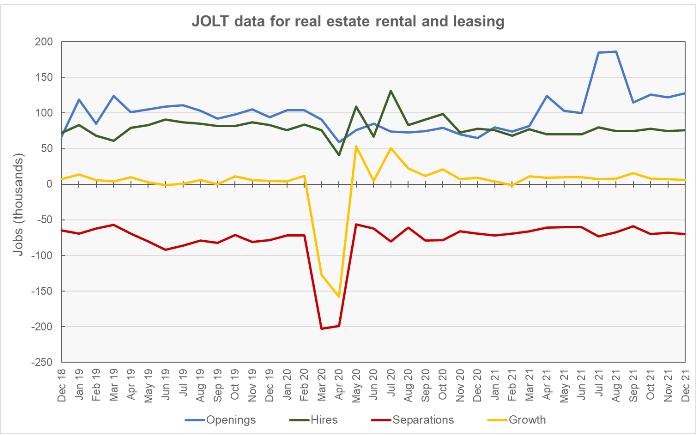 The number of job openings in the RERL category was 128,000 jobs at the end of December, up 6,000 jobs from the revised level (-9,000 openings) of the month before. Job openings in December were 97 percent higher than their year-earlier level.

Hiring in December was nearly unchanged from November’s level at 76,000 jobs. This hiring figure was 3 percent below the year-earlier level.