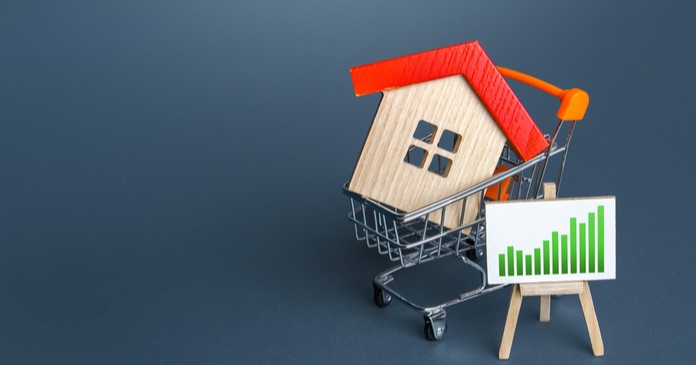 A new report from Real Capital Analytics (RCA) said that multifamily property prices rose 22.5 percent year-over-year in January and that they rose 1.9 percent from the month before.

Real Capital Analytics tracks an index they call the Commercial Property Price Index (CPPI). The index is computed based on the resale prices of properties whose earlier sales prices and sales dates are known. The index represents the relative change in the price of property over time rather than its absolute price. Note that, as properties are added to the RCA dataset each month, they recalculate the CPPI all the way back to the beginning of the data series, which begins in December 2000.

The 22.5 percent reported increase in the CPPI for apartments is considered a new record high, the fifth in a row, for RCA’s data set. However, readers of last month’s report may recognize that the year-over-year CPPI increase quoted in that report was higher. Additions to the dataset or changes to the seasonal adjustment factors caused the year-over-year change in the CPPI for December to be revised downward from 23.6 percent in last month’s report to 21.4 percent in this month’s report.

Price appreciation in December for all commercial property as a single asset class was 1.6 percent month-over-month and 20.3 percent year-over-year. 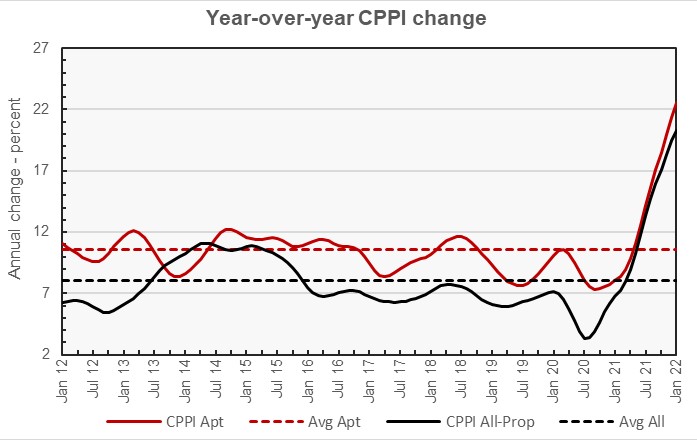 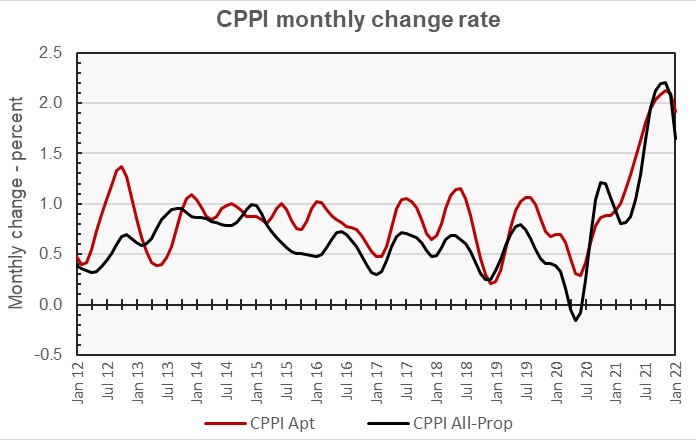 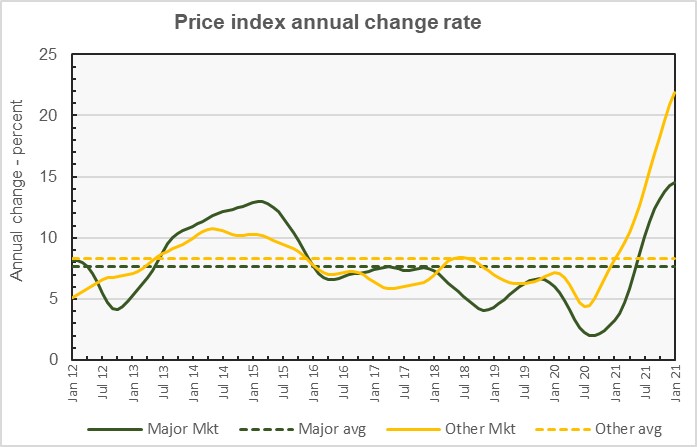