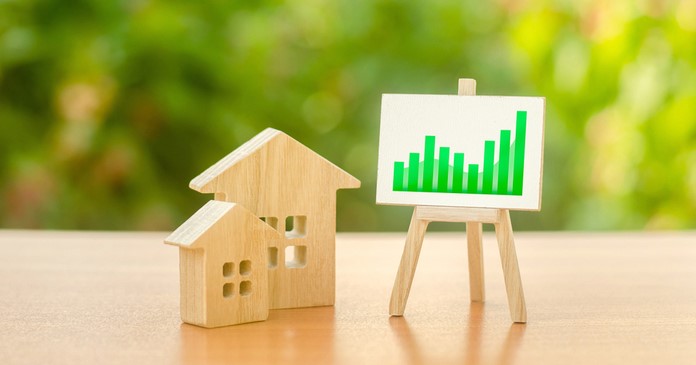 The latest rent report from Yardi Matrix shows that apartment rents are continuing to rise this year even during the winter months when they are usually flat. However, the pace of rent increases is down from that of recent months.

Yardi Matrix reported that the national average apartment rent rose $8 in January to $1,604 per month. The national average apartment rent was up 13.9 percent from its year-earlier level, a record for the Yardi Matrix dataset. Rents in the “lifestyle” asset class, usually Class A properties, rose 16.5 percent year-over-year, while rents in “renter by necessity” properties increased by 11.5 percent year-over-year.

Occupancy of multifamily rentals was up 1.3 percent year-over-year at 96.1 percent as absorption reached 460,000 units. This absorption figure was lower than that reported elsewhere, but was more than 50 percent higher than the previous annual high in the data series.

Rents were up on a year-over-year basis in all of the top 30 metros covered by Yardi Matrix. The rent figures being tracked by Yardi Matrix are asking rents for vacant units. Rent growth for lease renewals is lower.

Yardi Matrix reported that SFR rents were up 13.5 percent year-over-year in January. Occupancy of single-family rentals was up 0.2 percent compared to last January’s level.

The discussion section of the report this month focused on the prospects for the market for multifamily properties. It suggested that investors have a strong interest in multifamily property, as well as in industrial property. It pointed to record transaction volume and record per unit pricing in 2021 as evidence of this fact.

Yardi Matrix cited a report from Freddie Mac forecasting a rise in multifamily mortgage activity in 2022 and the increased availability of mortgage capital from other sources as indications that investment activity may continue strong in 2022.

Yardi Matrix also reported on the top 30 metros for single family rentals. The leading metros for year-over-year rent growth were Tampa, Miami and Atlanta. All 30 of the metros covered saw positive rent growth for the year, although the number of metros seeing falling occupancy for the month rose to 12 this month.