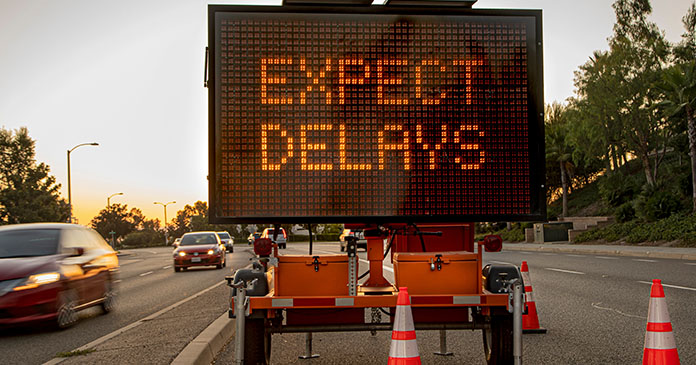 With builders continuing to report supply chain problems that are causing construction delays, overall housing starts decreased 4.1 percent to a seasonally adjusted annual rate of 1.64 million units, according to a report from the U.S. Department of Housing and Urban Development and the U.S. Census Bureau. However, in a sign of strong demand, building permits increased at a solid pace in January.

The January reading of 1.64 million starts is the number of housing units builders would begin if development kept this pace for the next 12 months. Within this overall number, single-family starts decreased 5.6 percent to a 1.12 million seasonally adjusted annual rate. The multifamily sector, which includes apartment buildings and condos, decreased 0.8 percent to an annualized 522,000 pace.

“The market needs more housing, but chronic production bottlenecks, including ongoing price increases for lumber and OSB, continue to raise housing costs and harm housing affordability,” said Jerry Konter, chairman of the National Association of Home Builders (NAHB) and a builder and developer from Savannah, Ga. “In fact, the number of single-family homes under construction continues to rise as construction cycle times increase due to delivery delays with building materials.”

“While single-family starts dropped in January, the rise in permits, along with solid builder sentiment as measured in recent monthly surveys, suggest a positive start to the year given the recent rise in mortgage rates,” said NAHB Chief Economist Robert Dietz. “The average 30-year mortgage rate increased from 3.1 percent to a 3.45 percent from December to January. Fueled by higher mortgage rates and construction costs, declining housing affordability will continue to affect the home building market in 2022.”