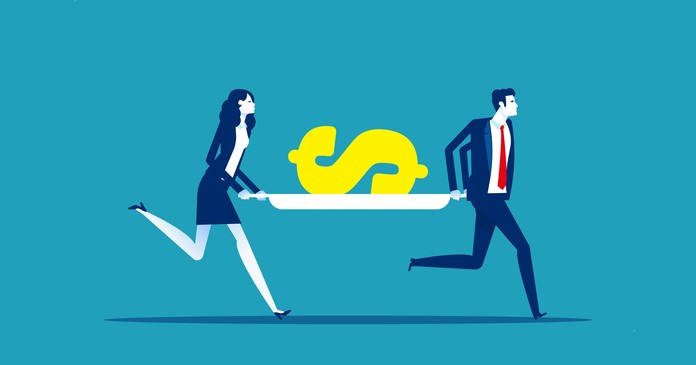 A recent report by the U.S. Department of the Treasury states that, as of the end of January 2022, 69 percent of the $25 billion in emergency rental assistance funds allocated under the Consolidated Appropriations Act, 2021 had been spent or obligated. This act was passed in the last days of 2020. Of the $21.55 billion allocated for rental assistance under the American Rescue Plan Act of 2021, 26 percent had been spent or obligated by the end of January. This act was passed March 11, 2021. 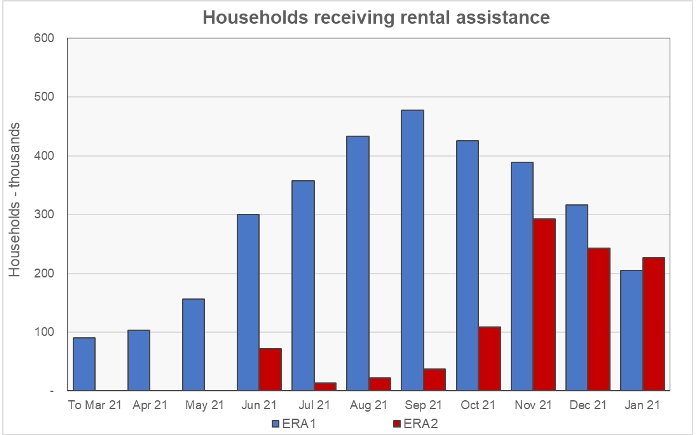 The chart shows that it took some time for the programs to ramp up. It is interesting that the number of household receiving emergency rental assistance under ERA1 peaked in September, shortly after the U.S. Supreme Court struck down the CDC’s eviction moratorium.

The second chart, below, shows the rate at which assistance dollars have been going out the door. Despite the U.S Treasury modifying its guidance in late August in order to expedite the delivery of aid, the aid flow did not accelerate after that time. The rate of aid delivery under ERA1 fell after September. The rate of aid delivery under ERA2 climbed rapidly until November but has been declining since then. 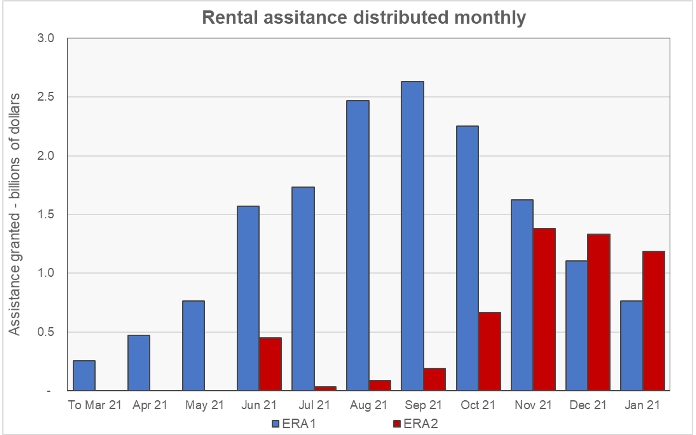 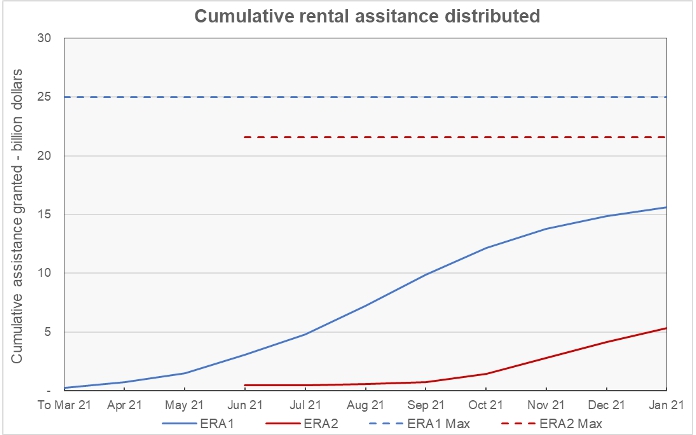 The chart shows that neither program has come close to distributing all of the money allocated to it. Qualifying residents who are behind on their rent and who have no other means of paying it can be encouraged to apply for emergency rental assistance in order to meet their obligations to their landlords.