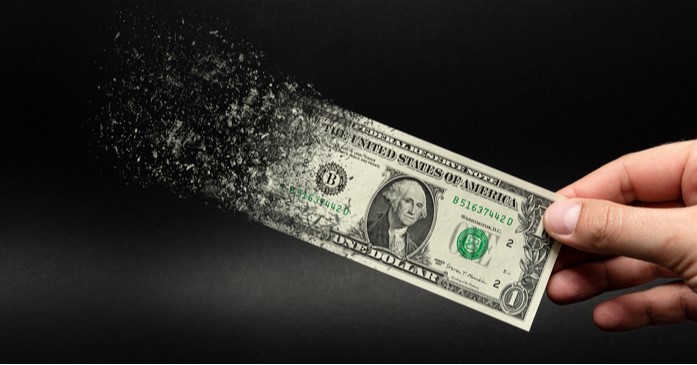 The forecast from the Federal Reserve (Fed) was released in conjunction with the recent meeting of the Federal Open Market Committee (FOMC). The FOMC meets 8 times per year but only releases an economic forecast at 4 of the meetings. The Fed forecast presents estimates for economic metrics by year through 2024 and a “longer run” forecast for the more distant future. The consensus Fed forecast is developed by the combining the forecasts of 18 economists. Each of the economists assumes that the Fed will follow “appropriate” monetary policy during the term of the forecast, although their individual ideas of what this policy is may vary.

Several of Fannie Mae’s recent PCE inflation forecasts are shown in the next chart, below. The chart shows that Fannie has generally revised its forecast to call for higher inflation lasting longer as time goes by. Fannie Mae is currently calling for year-end inflation to come in at 4.8 percent in 2022 and 2.4 percent in 2023 as measured by the PCE. 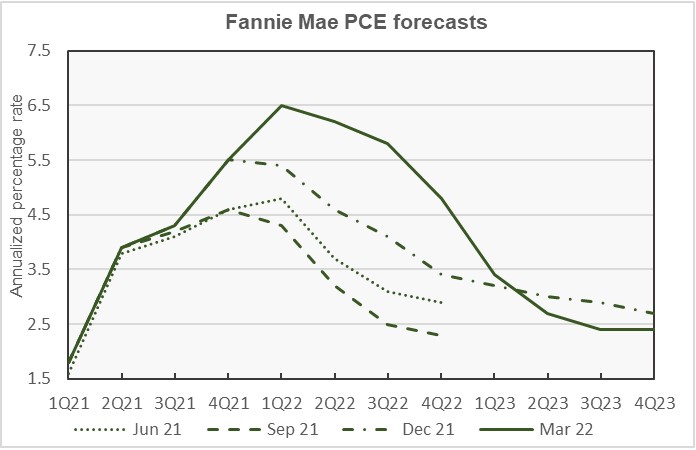 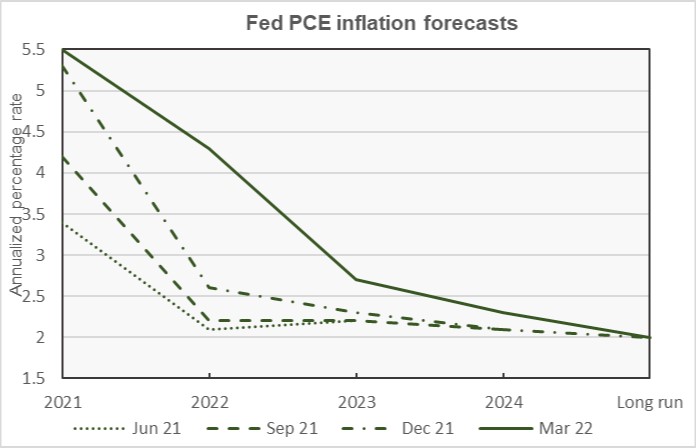 Interest rates on the way up

The big news coming out of the recent Fed meeting was their announcement of their first rate hike since 2018. Eight of the 9 voting members of the FOMC voted to increase the federal funds rate by 0.25 percent. The remaining governor voted for a 0.5 percentage point increase. 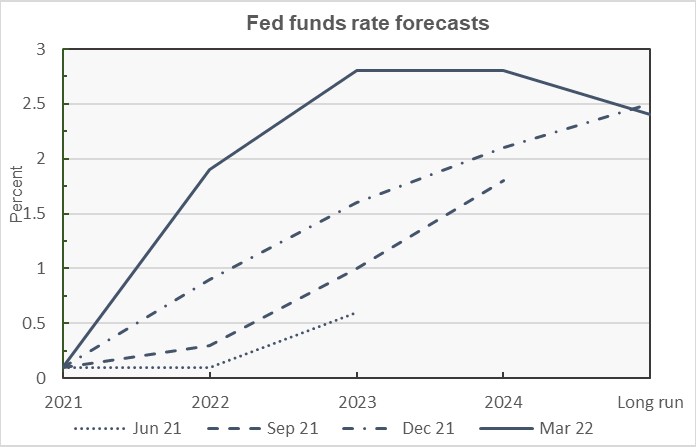 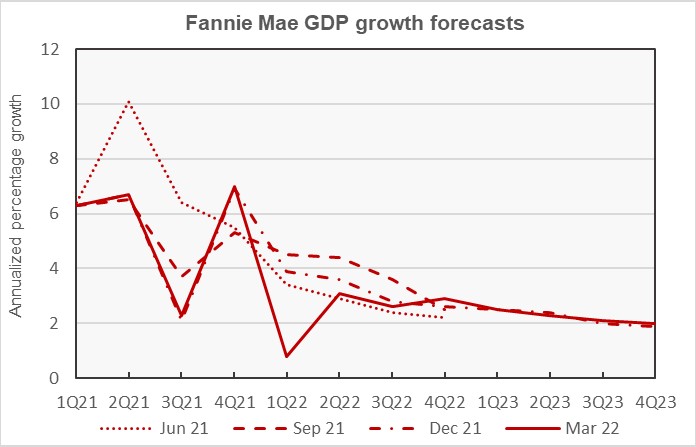 The Fed does not release quarterly projections, instead focusing on each year as-a-whole. The Fed’s current forecast for GDP growth in 2022 is now 2.8 percent, down from the 4.0 percent they forecast in December, but higher than Fannie Mae’s prediction. However, the Fed forecasts that GDP growth will fall to 2.2 percent in 2023, marginally lower than Fannie Mae’s prediction. Recent Fed GDP forecasts are illustrated in the next chart, below. 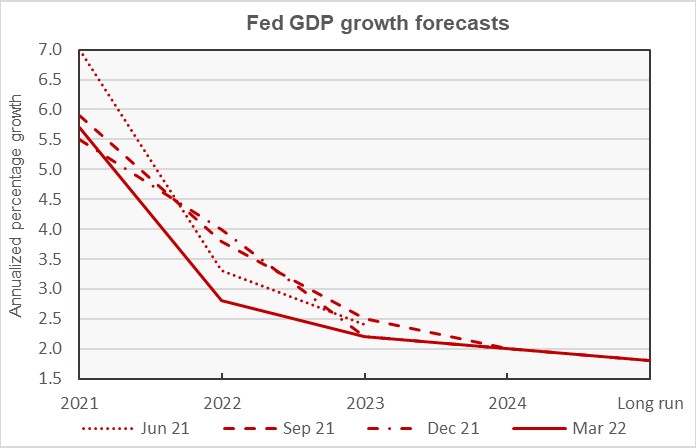 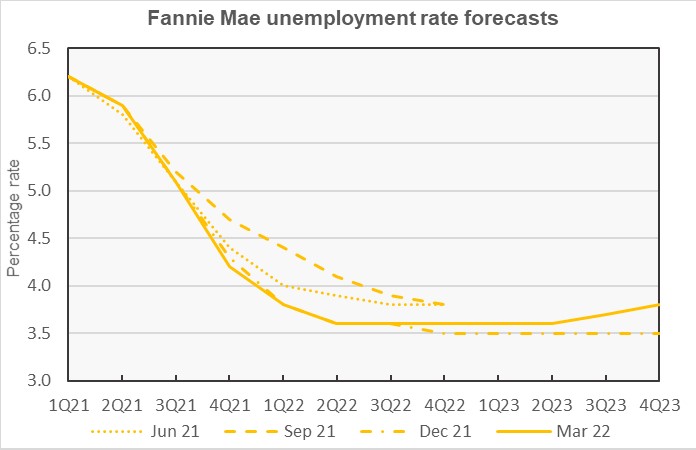 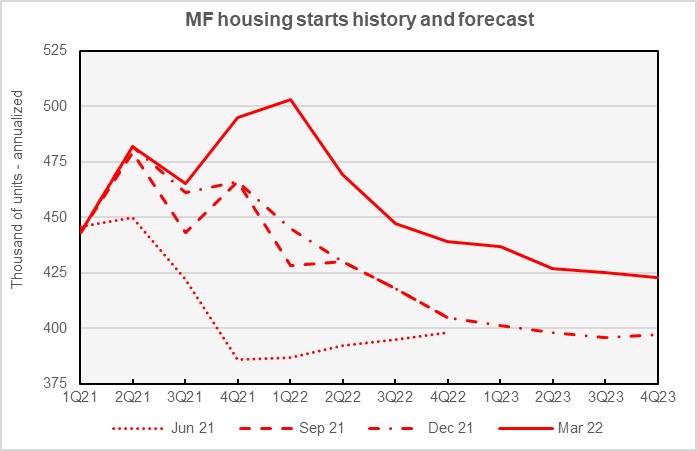 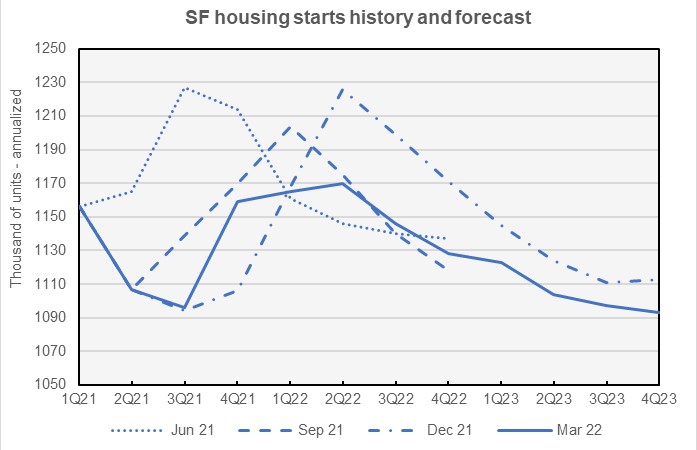 This month’s Fannie Mae Multifamily Market Commentary focused on the senior housing market. It discussed the recovery of that market in the wake of the pandemic and its prospects going forward.