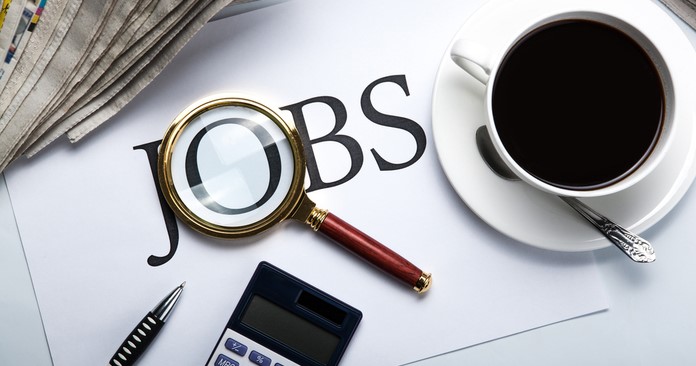 The February Job Openings and Labor Turnover (JOLT) report from the Bureau of Labor Statistics (BLS) said that the number of job openings and separations were nearly unchanged for the month while hires were up slightly.

The BLS reported that there were 11.27 million job openings at the end of February. This was up by 3,000 from the preliminary level of openings reported last month but was down by 17,000 openings from January’s revised figure contained in this month’s report.

The first chart, below, shows the employment situation for the construction jobs market over the last 37 months. It shows that February saw a net increase of 54,000 jobs, the highest level since March of last year. In addition, January’s job losses were revised downward from 7,000 jobs lost to 2,000 jobs lost. 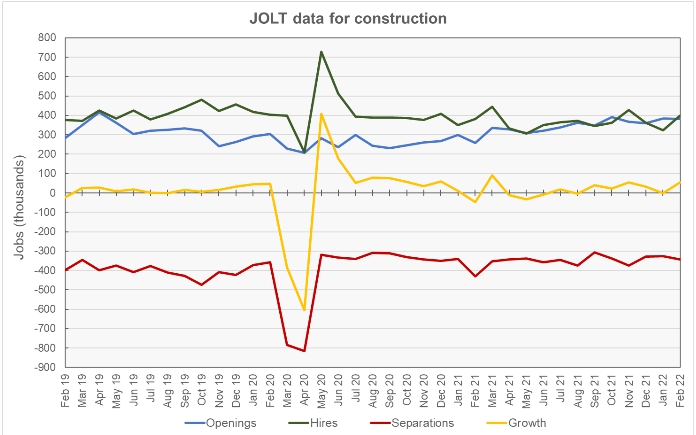 Hiring was reported to be up significantly in February, rising to 398,000 new hires. This was up by 75,000 jobs from January’s revised (+25,000 hires) figure. The number of construction jobs that were filled in February was up 23 percent month-over-month and up 4 percent year-over-year. 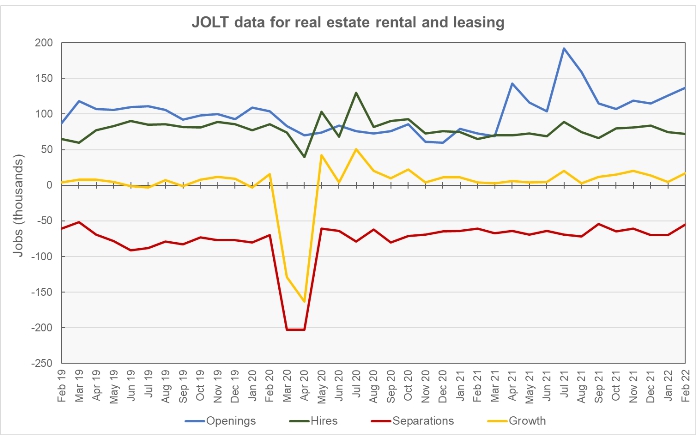