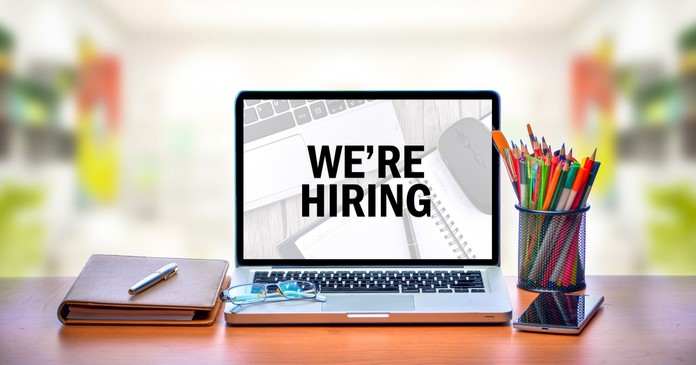 The January Job Openings and Labor Turnover (JOLT) report from the Bureau of Labor Statistics (BLS) said that the number of job openings remained high for the month while hiring was flat.

The BLS reported that there were 11.3 million job openings at the end of January, up by 338,000 from the preliminary level reported last month. This figure would have been an all-time series high except for an update made to the job openings figure for December, which was revised higher by 523,000 openings. Part of the reason for the revision to December’s figure was the annual benchmarking adjustments that the BLS makes in January of every year. As part of this benchmarking process, the figures for the most recent 5 years were revised to reflect the latest employment statistics estimates and updated seasonal adjustment factors.

The first chart, below, shows the employment situation for the construction jobs market over the last 37 months. It shows that January saw a net decline of 7,000 jobs. In addition, December’s jobs gain was revised downward (-11,000) to 32,000 jobs. 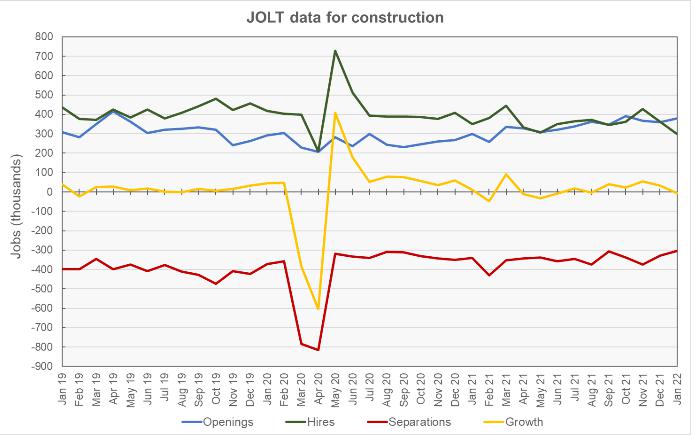 Hiring was reported to be down 63,000 jobs in January from December’s revised (-12,000 jobs) figure. The BLS reported that 298,000 construction jobs were filled in January, 15 percent below the year-earlier figure. 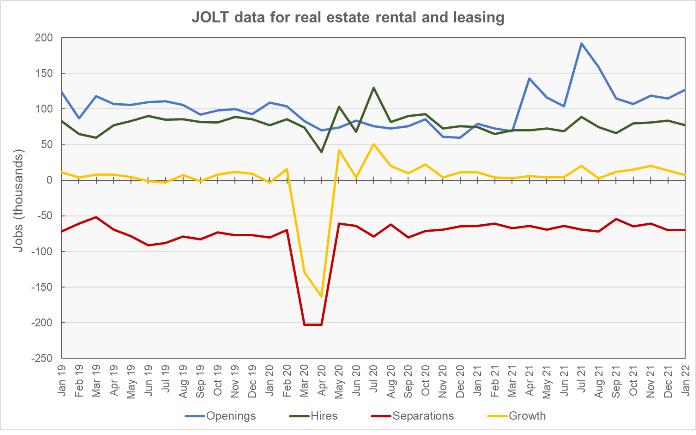