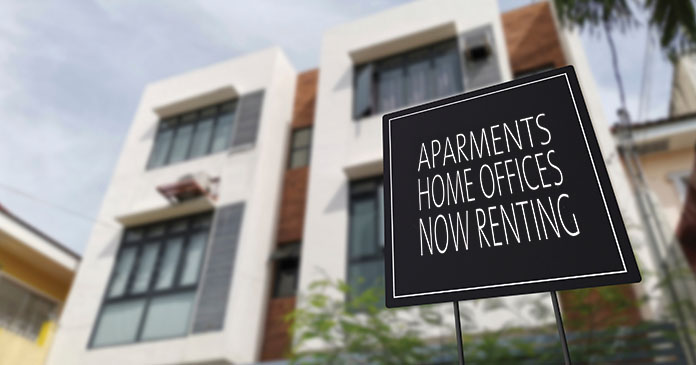 Nearly two years into the remote work revolution, it’s easy to feel that a lifetime has passed. However, the reality is we are just at the beginning of seeing the impact of remote work. From working habits to commuting patterns, there is an undercurrent of change. This is especially true when we look at the geographical implications of remote work.

For the first time, remote work allowed many people across the country to see a life in which the location of their job and where they live did not have to be one and the same.

Initially explored just six months into the pandemic in our Remote Workers on the Move report, the research found that even early, remote work affected planned migration in the U.S. But what about two years later? Using a new survey of over 23,000 people in the U.S., Upwork finds that remote work continues to influence Americans’ plans to move.

These migrations will likely impact economic geography in the U.S. Furthermore, a review of the existing evidence on the geographical impact of remote work shows that change is already underway.

Will people continue to move?

In the absence of remote work, a person’s choice of where to live is intimately tied to where they work. Considerations about distance to the office, transit options and commute times can be as significant as a home’s size, cost, and amenities.

The result of this is that people tend to live close to where they work. When looking back at 2019 data, the median worker lived within a half hour of their workplace, and 80 percent of people lived within 1.5 hours. The rapid rise of remote work, however, weakens this tie. Remote work enables people, many for the first time, to choose where they want to live regardless of where their office is located or if there are nearby employers.

Remote work’s ability to weaken the connection between labor markets and where we live presents the potential to lean against an important economic trend from the past few decades, where highly-skilled people have been increasingly pulled into a handful of cities by employers who were increasingly clustering there. However, the question remains: will people move?

Additionally, we asked about people’s future plans to move as a result of remote work. While what people say they will do is typically treated by economists as weaker evidence than what people are actually doing, when looking at future intent we must take into account what is being planned. The evidence continues to suggest that workers do plan to move because of remote work.

How far are the moves?

To understand more about the geographical implications of the moves, our survey asked how far away people are moving. Although many were making local moves, a significant 28 percent of people said that they are moving more than 4 hours away. Another 13 percent said they are moving between two and four hours away. The distance is important, as it is outside the range of what many people would think is commutable.

Shifts to the suburbs

The survey data suggests that we will see many long-distance moves as a result of remote work, but an alternative theory suggests that moves will be primarily from city centers to nearby suburbs within the same metro area. A key assumption of this theory is that a hybrid work model, meaning one that requires some days remote and some days in the office, will predominate. This model would prevent people from moving farther away because they will still have some ties to the office. Economists Arjun Ramani and Nicholas Bloom call this the “donut effect” because it will push down demand in central business districts and push up demand in the nearby suburbs.

The data show some support for the donut effect. For example, zip code level house price data shows that the areas close to the cores of San Francisco and New York City had taken significant declines in house prices, while areas in the suburbs have seen gains. Ramani and Bloom show nearly identical map results using population change data.

However, there is an important caveat to the donut effect: the donut can be huge. If we zoom out on the New York City house price growth map, we note that the donut around New York City is far larger than the immediate suburbs within the metro area. Large swathes of Pennsylvania and New Jersey appear to be in the donut area for New York City. These areas include places like the Poconos, Allentown and south Jersey that are outside of the metro area and the state.

Some areas in the donut are sparse rural areas that are more than two hours drive from New York City. What’s more, these farther away areas are seeing more rapid price growth than the closer suburban donut immediately surrounding New York City.

In short, if this is the donut effect, it does not rule out fairly long-distance moves to rural, low cost places well beyond the New York City suburbs.

A second implication of the donut theory is that while there will be a lot of movement within metros, there will be little movement between them. If this is correct, there is far less scope for remote work to spread economic activity throughout the U.S. and away from large urban centers. In other words, while zip code data shows that within a metro the most dense places have declined, the most dense metros overall have not.

Metro density alone, however, does not predict declining demand from remote work. For example, a metro that has a large share of factory workers living close to production plants would likely not see declining demand as a result of remote work. By comparison, a metro with a high share of skilled workers that lived close to their offices would be more likely to see declining demand. This is because remote work creates a fundamental shift in the value of living near job centers in places where many jobs can go remote. The labor market premium that these areas had drops. We should, therefore, expect outmigration and weaker housing demand in places where:

A strong labor market effects the high cost of living, and a significant share of jobs that can be done remotely

In places that meet this criteria, the decline in the labor market premium will create the push for people to leave high cost places, and the presence of remote work jobs creates opportunity for people to heed that push and move away.

Indeed, using regression analysis and the housing data from Ramani and Bloom, there is evidence that house price appreciation is statistically significantly lower in areas that have both high work from home potential and high pre-pandemic house prices. Looking for effects of remote work in these kinds of places, as opposed to places that are simply more dense, is also closer to the approach taken by Brueckner, Khan, and Lin (2021). They find evidence of weaker housing demand in counties and metro areas that are both high productivity and have a significant share of jobs that can be done remotely.

An important caveat to these findings is that even when the effects are not clear regarding housing prices, they may be on apartment rents. Indeed, data from ApartmentList shows that metro areas with higher pre-pandemic rents have experienced weaker rental price growth since the beginning of the pandemic.

Looking at Zillow rental data, we can compare rent price changes to estimates of the share working from home from Ramani and Bloom (2021), and also to the pre-pandemic rent levels. Again, we see more expensive metro areas and those where jobs were capable of going remote have seen the weakest housing markets. The interaction of the two shows an even stronger relationship, suggesting that having both high cost of living and also lots of remote-able jobs is the best predictor of out-migration.

What does this mean for the future?

Although we have seen strong indicators of what places will see the most outmigration, it is also important to allow the effects of remote work on geography time to manifest. The decision to move takes both time and some level of certainty and confidence around remote work, so we must avoid quickly concluding null effects of remote work. Consider a professional who is temporarily working remotely for their company based in New York City. That professional is unlikely to move somewhere like Montana, as they could be recalled to the office permanently at any time. Even when an employer has promised remote work forever, uncertainty remains. What if they want another job in the future? Will they be limited to the local labor market in Montana? It is clear the risk of moving away from labor market centers will be greatly reduced not only when one’s individual job is permanently remote, but as a robust remote work labor market develops. It will be far easier to take the leap once people know that they can confidently plan a career working remotely.

With remote work still in its infancy, it’s important not to overreact to early evidence. For example, in March of 2020, the California Policy Lab looked at credit record data through the end of 2020 for California residents and concluded “We find no evidence of a pronounced exodus from the state”. Their data showed that while people were leaving the Bay Area and San Francisco, they were not moving far, and the state was not losing residents on net. This led media coverage to conclude that longer distance moves out of California were not happening. The donut effect, it seemed, was proving correct. However, eight months later they updated their data through September, 2021 and concluded the opposite, that “On net today, California loses more than twice as many people to domestic migration as it did before the pandemic.”

The lesson of California migration data is consistent with our survey: the effects of remote work on geography are just beginning to unfold. It is important not to assume that the moves we have seen to date represent the long run effects, there are strong reasons to suspect longer-term moves will grow.

The effect on businesses and workers

As our study shows, remote work is and will continue to have implications for local labor markets around the country. People are taking advantage of the opportunity to find a place they want to and can afford to live, regardless of where their employer’s office may be. As these shifts happen in the labor market, businesses that can be must be open to adopting policies and onboarding professionals, regardless of location, in order to have broad access to the labor market.

This is especially important, given that some have already taken the leap and moved, but as the remote work labor market becomes more certain these effects will likely grow. Our survey suggests that 18.9 million people seem to agree.