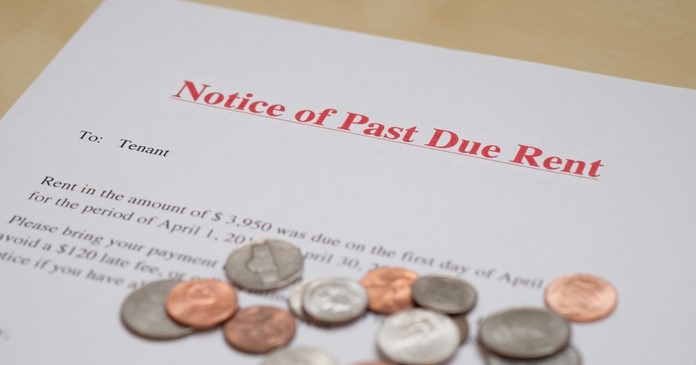 The “Week 42” edition of the Census Bureau’s Pulse Survey has been released. It shows that the portion of renters with rent delinquencies moved slightly higher since we last reported on this survey.

The Pulse Survey is an experimental program that the Census Bureau started shortly after economic shutdowns were imposed in response to COVID-19. It was designed to assess how the population of the country was faring under the economic stress caused by the reaction to the pandemic. The current survey, designated Week 42, posed questions which are part of what Census calls Phase 3.3 of the survey.

The Week 42 survey collected data from January 26 to February 7. This is 4 weeks after the period in which the “Week 41” survey data was collected. The renter portion of the survey covers renters of both multifamily and of single-family properties.

Renters in all phases of the survey have been asked whether they are behind on their rent. While some say that they occupy their housing without paying rent and some did not report whether they are current on their payments, the majority of respondents answered the question Yes or No. The portion of respondents who pay rent saying that they are not current has varied from survey to survey. The first chart, below, shows the history of responses to this question. Note that the “Week 42” survey was actually taken 88 weeks after the initial Pulse Survey. 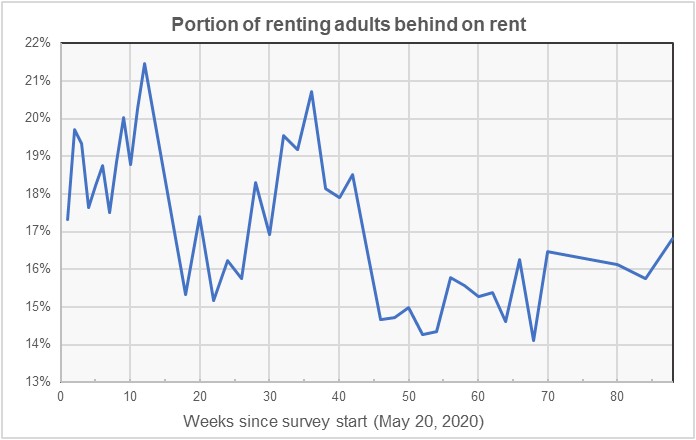 The chart shows that the portion of renters who are behind on their rent varied more dramatically in the earlier weeks of the survey. The portion who are behind has remained relatively stable over the past 20 weeks, varying between 15.8 and 16.8 percent.

A new question introduced in Phase 3.3 of the Pulse survey asked whether the respondent had sought government assistance in paying their rent. The answers to this question are nearly unchanged in the 8 weeks that have elapsed since it was first asked. The Week 42 answers are summarized in the first chart, below. 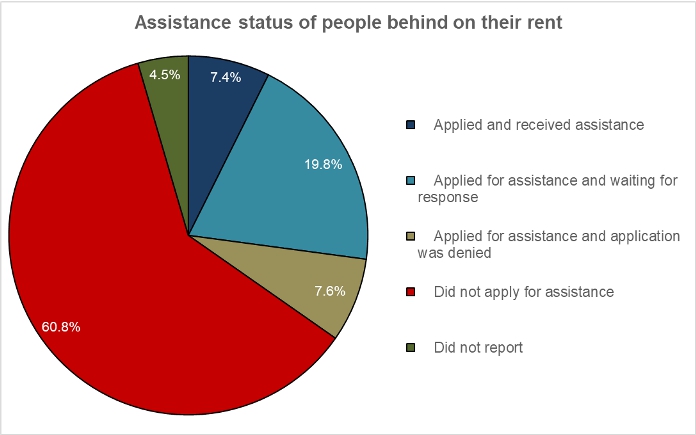 Of all survey respondents, 29 percent of those receiving rental assistance reported that they are still behind on their rent.

The Pulse Survey asked a series of questions to determine the characteristics of the different households responding to the survey. One question was how many people are in the household. The responses are shown in the next chart, below. The bars show the percentage of respondents within a particular category (current or not current on rent) who responded a certain way. 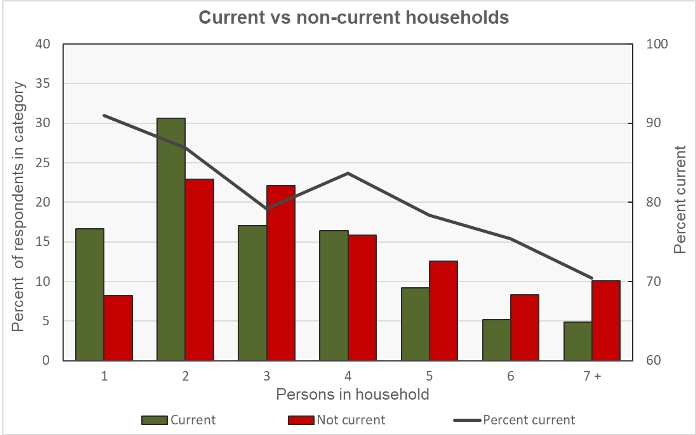 The next chart shows the current/not current status of the respondents by household income level. As in the above chart, the bars show the percentage of adults within a particular category (current or not current on the rent) who reported having a certain household income level. Not surprisingly, a much higher percentage of adult respondents with rent delinquencies reported having lower incomes. 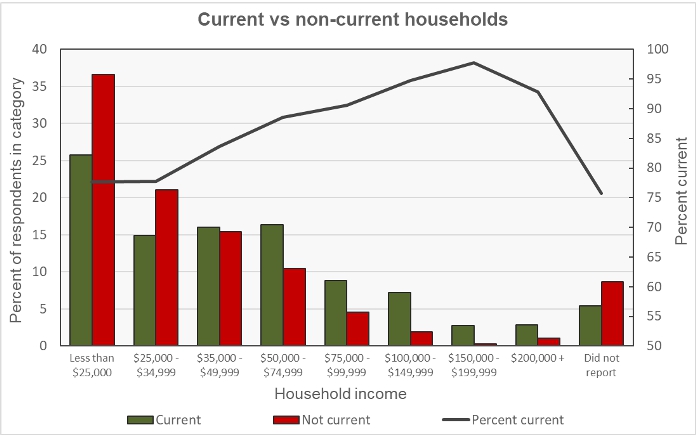 The final chart shows the sources of the funds survey respondents used to meet spending needs. Many of the differences between the people who are current on their rent and those with rent delinquencies are as one would expect: the former are more likely to rely on regular sources of income while the latter are more likely to rely on borrowing and on government assistance. 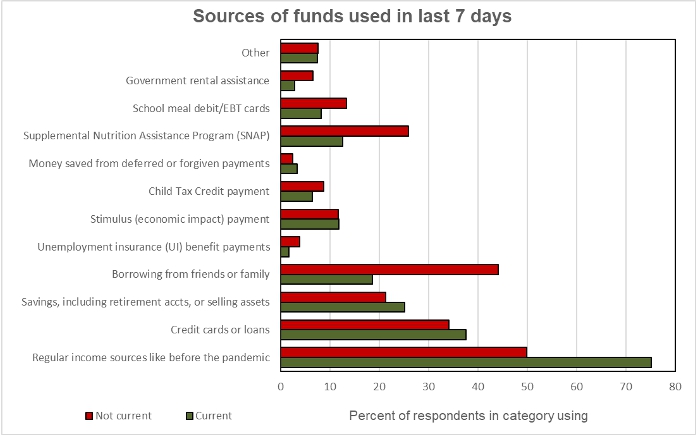