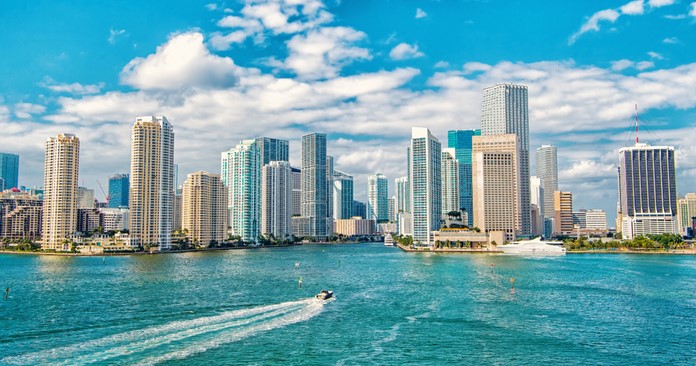 Yardi Matrix reports that rents moved sharply higher in February, despite it traditionally being one of the slower months for rent growth.

Yardi Matrix reported that the national average apartment rent rose $10 in February to $1,628 per month. Since 2015, the next highest monthly rent growth figure for a February was $4.

Occupancy of multifamily rentals was up 1.2 percentage points year-over-year and exceeded 95 percent in 28 of the top 30 metros tracked by Yardi Matrix. However, the national average occupancy rate has been trending lower from the peak it reached last fall.

Yardi Matrix reported that SFR rents were up 14.9 percent year-over-year in February. The national occupancy rate for single-family rentals was unchanged from its level in February of last year.

Of the top 30 metros by population, the ones with the largest annual apartment rent increases as ranked by Yardi Matrix are given in the table, below, along with their annual percentage rent changes. The top five metros for rent growth match those reported earlier by Apartment List, although the reported rates of rent growth vary.

A look at occupancy

The commentary in this month’s report focuses on the work-from-home trend and its impact on occupancy. It projects that the portion of remote workers may rise from 10 percent before the pandemic to around 25 percent. The newly remote workers have been freed to choose to live in smaller, lower-cost cities and this freedom has contributed to rising occupancy in those communities. At the same time, the large gateway metros that people abandoned with the onset of the pandemic are seeing occupancy return now that the pandemic is ebbing.

Yardi Matrix expects that many of the population trends that existed before the pandemic, such as a shift to the South and West and away from high-cost regions, will reassert themselves. However, the growth of smaller tech hub markets is likely to be faster than was expected to be the case before the pandemic.

Yardi Matrix also reported on the top 30 metros for single family rentals. The leading metros for year-over-year rent growth were Orlando, Miami and Tampa. All 30 of the metros covered saw positive rent growth for the year, although the number of metros seeing falling occupancy for the month rose from 12 reported last month to 16 this month.