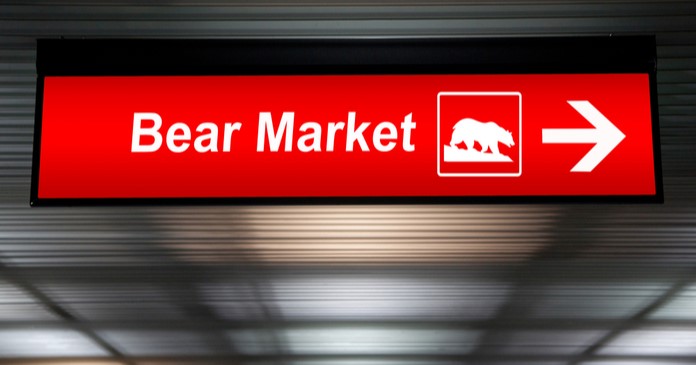 Fannie Mae issues updates to its forecasts monthly and the changes from month to month are generally small. The April forecast is unusual for the large sizes of some of the revisions to its individual forecasts.

Housing forecast: multifamily up, single-family down 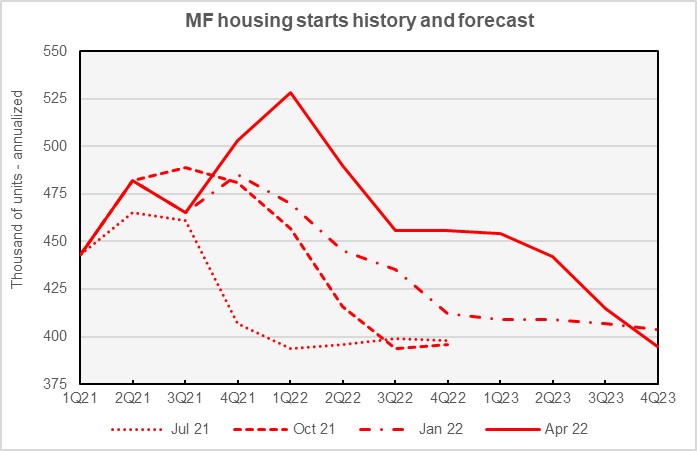 The chart shows that Fannie Mae has been raising its outlook for multifamily housing starts in the first part of 2022. Fannie Mae now expects higher levels of multifamily starts to continue through in the first part of 2023. However, by the end of 2023, Fannie Mae expects that economic conditions will result in a lower level of multifamily starts than it anticipated last month. Despite lowering the forecast for the last two quarters of 2023, Fannie Mae’s the current forecast for 2023 as-a-whole is the second highest it has issued for that period since last November when it first started providing forecasts for 2023. 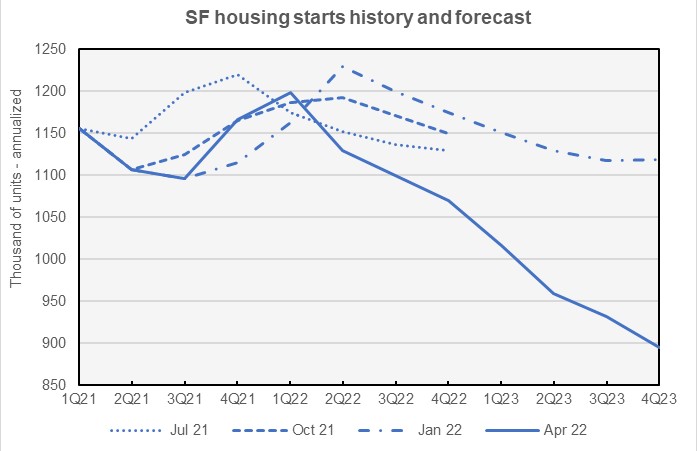 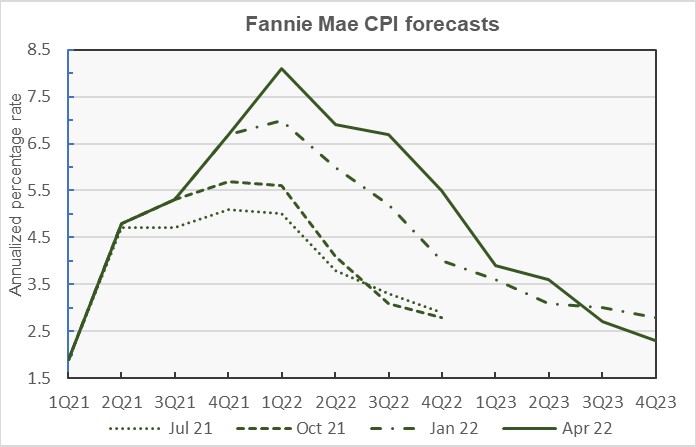 The next chart, below, shows Fannie Mae’s current forecast for Gross Domestic Product (GDP) growth, along with three other recent forecasts. 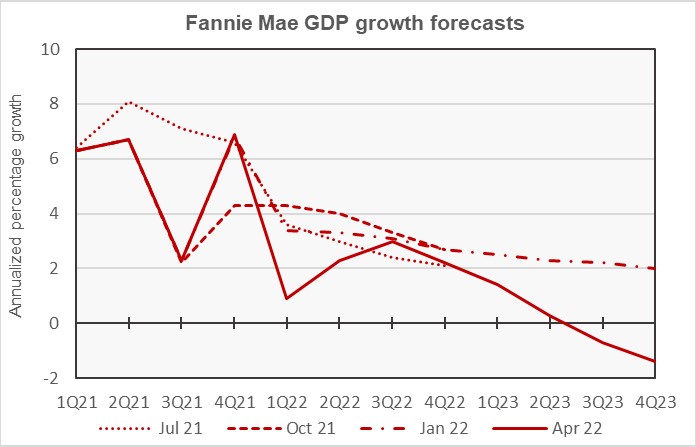 Unemployment forecast to rise in 2023

The next chart, below, shows Fannie Mae’s current forecast for the unemployment rate, along with three other recent forecasts. 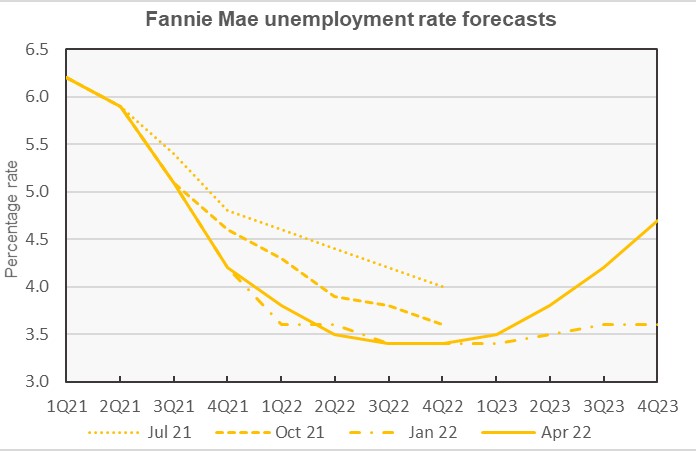 The major change in this month’s forecast is the significantly higher unemployment rates expected for the later quarters of 2023 as the Federal Reserve’s interest rate increases cause the economy to slow down. Fannie Mae now expects 2023 to end with the unemployment rate at 4.7 percent, up almost 1 percentage point from the level forecast last month.

Another key measure of job market’s strength is the change in total non-farm employment. The current forecast for this metric is shown in the last chart, below, along with other recent forecasts. 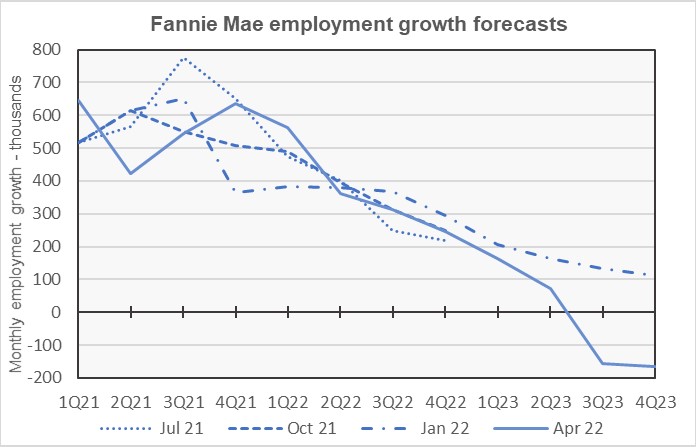 The chart shows a slight reduction in predicted employment growth for 2022 and a loss of employment in the later parts of 2023. For the full year, the gain in total non-farm employment is forecast to be 4.4 million jobs in 2022. For 2023, the forecast is for a net loss of 200,000 jobs.