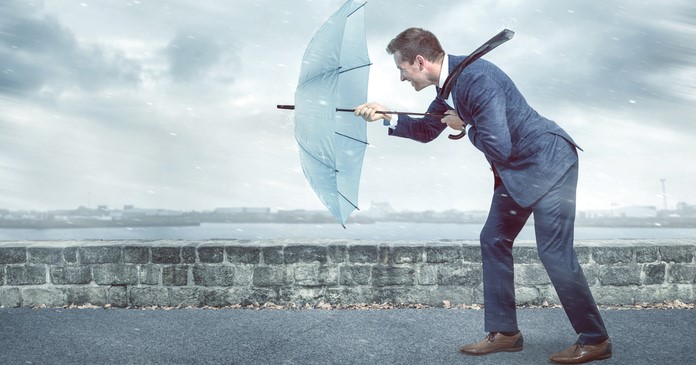 Nadji noted that the total fiscal stimulus issued by the Federal Government in response to the COVID-19 pandemic was 26% of GDP, with stimulus spending starting immediately upon the onset of the pandemic-induced shutdowns. By contrast, during the global financial crisis (GFC), stimulus spending was only 6% of GDP and its availability was delayed 13 months from the start of the crisis.

All of the pandemic stimulus is now impacting the economy. One impact is that inflation is rising and the yield on the 10-year Treasury has been surging. It is now approaching 3 percent. However, the Fed Funds rate is only now starting to rise and is about 0.33 percent. However, despite the recent rises in these interest rates, they are still well below long term averages

If a slowdown is coming Nadji does not expect it to be a severe one but, regardless of what is ahead, he believes that successful investing is more about selecting the right assets with the right business strategy than trying to time the market.

Chang said that the U.S. economy has regained 20.4 million jobs after losing 22.8 million jobs in the COVID shutdowns. He expects that the economy will have recovered all of the lost jobs by this summer. He also pointed out that many (5.3 million) more jobs are currently available than are people to fill them. This is putting upward pressure on wages.

Another sign of economic strength is that retail sales have climbed 23.6 percent since the start of the pandemic, although the increase is only 15.5 percent after inflation. In addition, there is $5.8 trillion in new personal savings since the start of the pandemic. This means that consumers have lots of spending potential when they decide to use it.

Chang noted that core PCE inflation is up at a 5.4 percent rate, well above the Fed’s target rate of 2 percent. He expects that the Fed will try to reduce inflation by increasing interest rates. He anticipates that that Fed Funds rate will be near 2 percent by the end of this year, close to where it was in 2018. The Fed will also start to sell assets from their balance sheet and this will put upward pressure on longer term interest rates.

Willett said that a report came out on the day of the webinar stating that home sales fell during the month despite sales usually rising at rise this time of year. The decline in sales is being driven by the shortage of home offered for sale, with inventory down to less than 2 month’s sales. This shortage is driving up prices, which are up by 15.4 percent year-over-year.

The supply of new homes collapsed after the GFC but has recovered gradually since then as illustrated in the chart, below, reproduced from the presentation. The chart also shows that household growth surged after pandemic, putting pressure on housing.

While rents have been rising rapidly recently, house payments have been rising even faster. The gap between the average apartment rent and the payment on a median-priced house is currently $638 per month. It had been as low as $53 per month in 2012. It should be noted that the house payment in this analysis is based on a 30-year fixed rate mortgage with a 10 percent down payment. A home buyer able to put more money down, would face a smaller payment differential.

Willett reported that apartment absorption has jumped recently, reaching an annualized occupancy growth rate of 712,000 units. This growth is being driven primarily by young adults graduating and moving out of their parents’ homes. However, demand is also coming from mid-career executives who are looking for luxury product.

Rent growth is expected to be close to double digits in 2022, but will go down in years ahead. Willett thinks that investors are being realistic about the potential for rent growth when underwriting.

A key question is whether the expected rise in interest rates will drive cap rates higher? Willett said that the spread between these rates varies, so it is not a one-to-one relationship. This variation is illustrated in the next chart reproduced from the presentation, below. It shows that the recent run-up in interest rates has not yet had an impact on cap rates.

Also affecting cap rates is the large amount of capital looking to invest in real estate. In addition, the fact that commercial real estate has a reputation as a hedge against inflation may attract even more capital to the sector. This capital influx will tend to put downward pressure on cap rates countering the upward pressure of rising interest rates. Potential buyers who expect rising interest rates to drive cap rates up (and prices down) may be disappointed.

A risk going forward is that buyers and sellers develop differing expectations for the direction of cap rates, and therefore of property prices. Under these circumstance the commercial real estate sales market may freeze up.

The full hour-long presentation goes into more detail on the topics discussed above. It is available here.