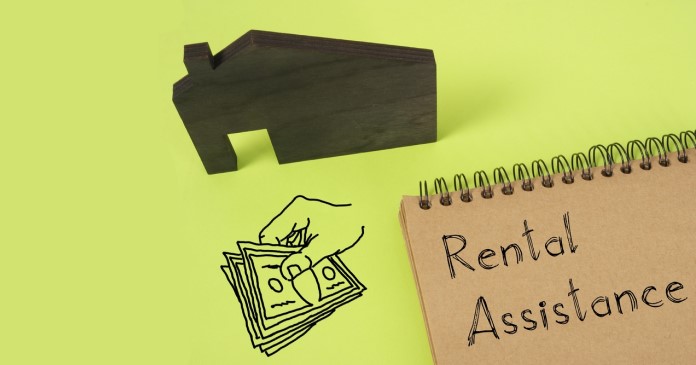 The latest report by the U.S. Department of the Treasury states that, as of the end of March, 74 percent of the $25 billion in emergency rental assistance funds allocated under the Consolidated Appropriations Act, 2021 had been spent or obligated. This is up by 5 percentage points since we last reported on this program two months ago. Of the $21.55 billion allocated for rental assistance under the American Rescue Plan Act of 2021, 38 percent had been spent or obligated by the end of March. This is up by 12 percentage points since our last report. 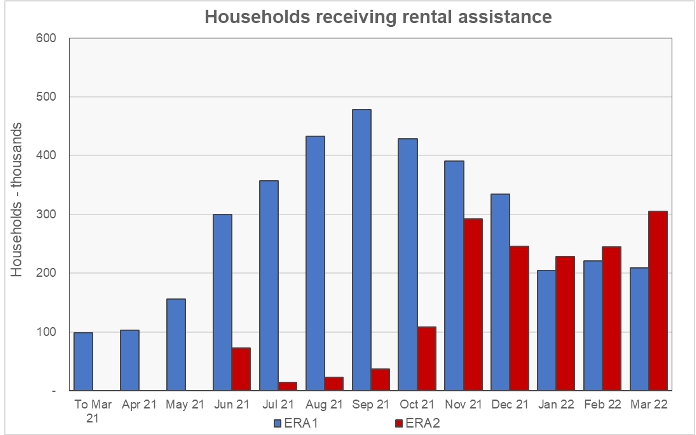 A feature of these programs is that the money is allocated to state and local agencies for distribution. Agencies that are slow to distribute the money may be required to return it to the Treasury who then reallocates it to agencies that have been more successful in finding recipients for the aid. The reallocation effect may account for why the aid numbers rose again in February and March after falling since November.

One interesting note about the information reported by the US Treasury is that they identified nearly 5.2 million households that have received aid from the ERA1 and ERA 2 programs through the end of March. However, the Census Bureau’s Pulse survey has identified about 3.7 million adults who have received rental assistance through late April. Since there may be multiple adults in a household, there is a large discrepancy on the numbers of people receiving assistance between these reports.

The last chart shows the cumulative aid delivered under the two rental assistance programs along with the maximum aid levels the programs made available. The chart shows that both programs still have funds available. Residents who are behind on their rent and who have no other means of paying it should be encouraged to apply for assistance in order to meet their obligations to their landlords. 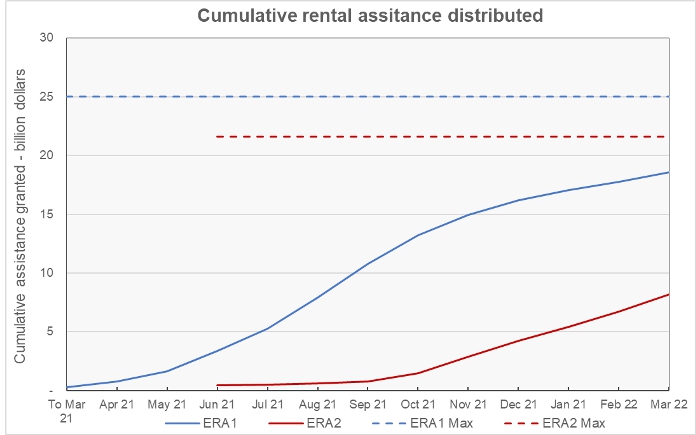