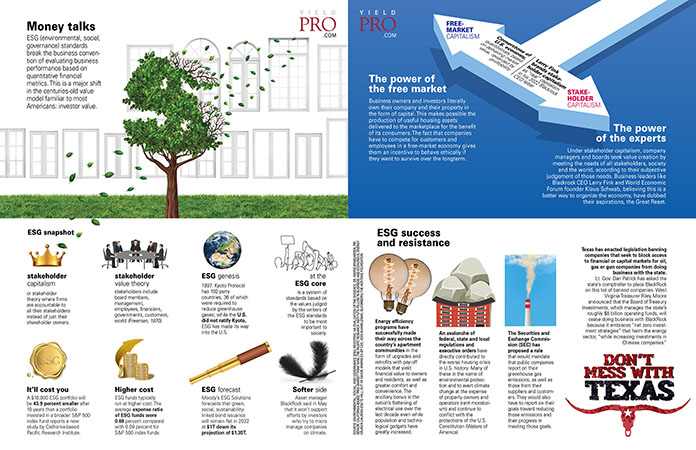 ESG (environmental, social, governance) standards break the business convention of evaluating business performance based on quantitative financial metrics. This is a major shift in the centuries-old value model familiar to most Americans: investor value.

Stakeholder capitalism or stakeholder theory where firms are accountable to all their stakeholders instead of just their shareholder owners.

ESG genesis. 1997: Kyoto Protocol has 192 party countries, 36 of which were required to reduce greenhouse gases; while the U.S. did not ratify Kyoto, ESG has made its way into the U.S.

At the ESG core is a system of standards based on the values judged by the writers of the ESG standards to be most important to society.

It’ll cost you. A $10,000 ESG portfolio will be 43.9 percent smaller after 10 years than a portfolio invested in a broader S&P 500 index fund reports a new study by California-based Pacific Research Institute.

Softer side. Asset manager BlackRock said in May that it won’t support efforts by investors who try to micro manage companies on climate.

The power of the free market

Business owners and investors literally own their company and their property in the form of capital. This makes possible the production of useful housing assets delivered to the marketplace for the benefit of its consumers. The fact that companies have to compete for customers and employees in a free-market economy gives them an incentive to behave ethically if they want to survive over the longterm.

The power of the experts

Under stakeholder capitalism, company managers and boards seek value creation by meeting the needs of all stakeholders, society and the world, according to their subjective judgement of those needs. Business leaders like Blackrock CEO Larry Fink and World Economic Forum founder Klaus Schwab, believing this is a better way to organize the economy, have dubbed their aspirations, the Great Reset.

Energy efficiency programs have successfully made their way across the country’s apartment communities in the form of upgrades and retrofits with pay-off models that yield financial value to owners and residents, as well as greater comfort and convenience. The ancillary bonus is the nation’s flattening of electrical use over the last decade even while population and technological gadgets have greatly increased.

An avalanche of federal, state and local regulations and executive orders have directly contributed to the worse housing crisis in U.S. history. Many of these in the name of environmental protection and to avert climate change at the expense of property owners and operators (rent moratorium) and continue to conflict with the protections of the U.S. Constitution (Waters of America).

The Securities and Exchange Commission (SEC) has proposed a rule that would mandate that public companies report on their greenhouse gas emissions as well as those from their suppliers and customers. They would also have to report on their goals toward reducing those emissions and their progress in meeting those goals.

Texas has enacted legislation banning companies that seek to block access to financial or capital markets for oil, gas or gun companies from doing business with the state. Lt. Gov. Dan Patrick has asked the state’s comptroller to place BlackRock on this list of banned companies. West Virginia Treasurer Riley Moore announced that the Board of Treasury Investments, which manages the state’s roughly $8 billion operating funds, will cease doing business with BlackRock because it embraces “net zero investment strategies” that harm the energy sector, “while increasing investments in Chinese companies.” 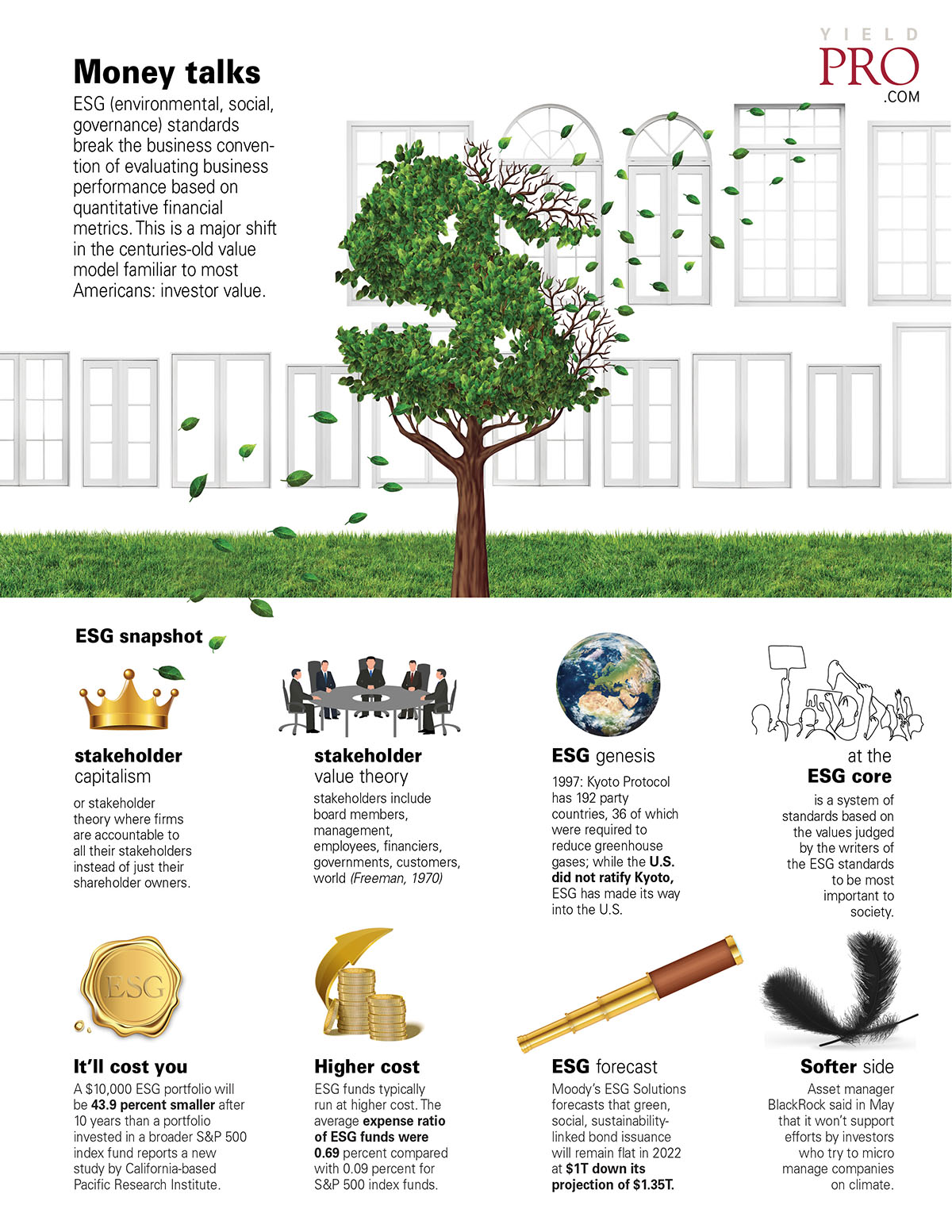 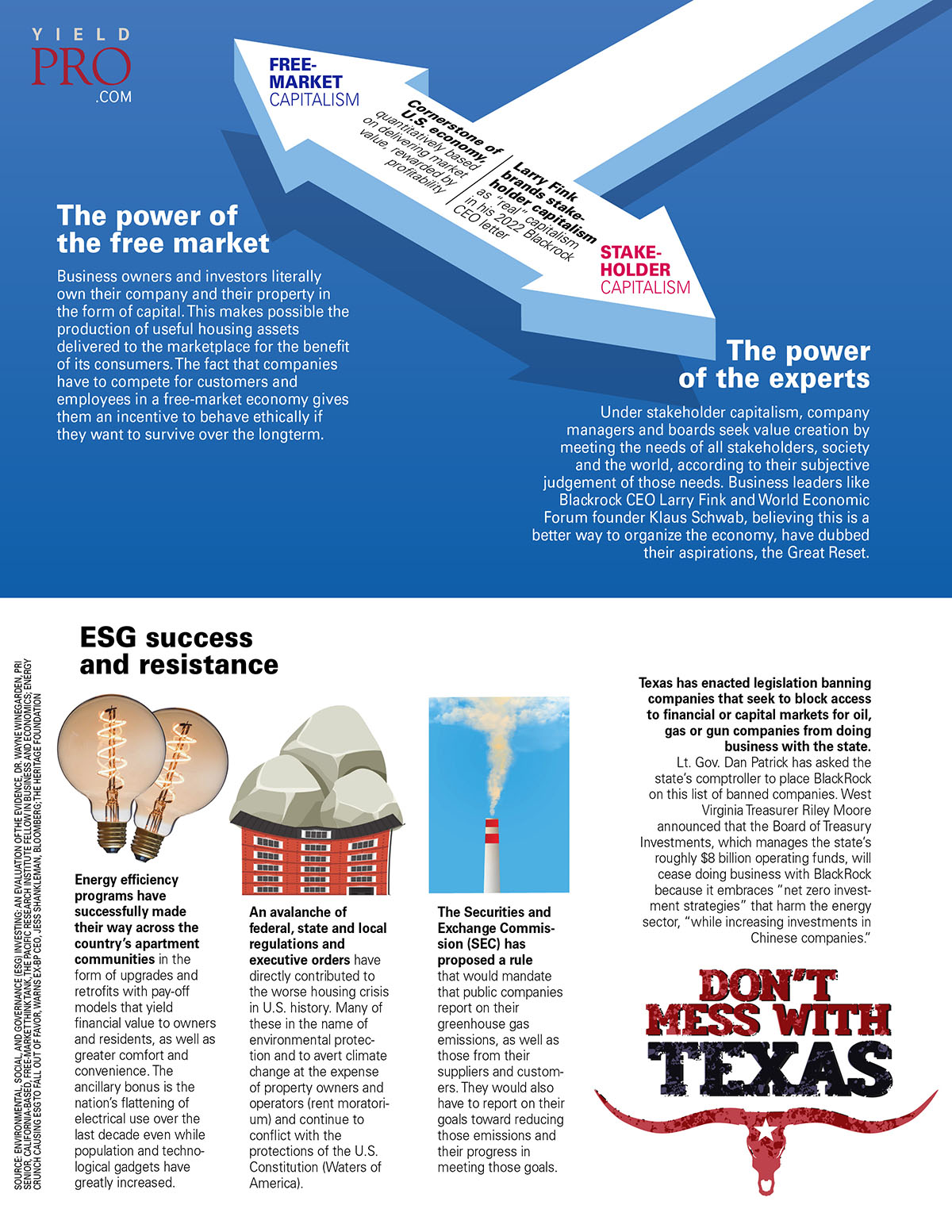