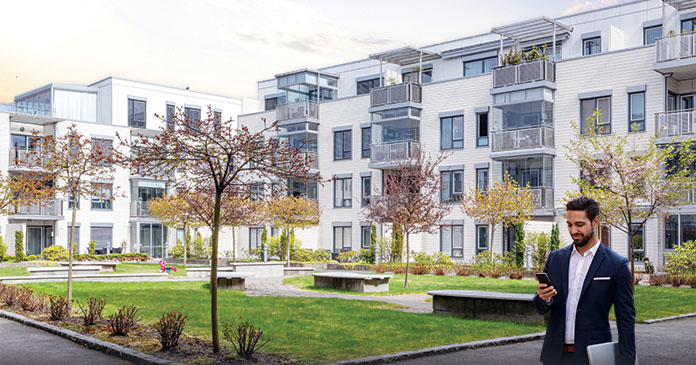 “The biggest surprise for us was just how common off-market transactions were at any size,” Foley said. “We additionally saw off-market deals increase again once deals got above $100 million—mostly because of the quickly shrinking set of mega-buyers that can take those deals down.”

While off-market deals are happening across the pricing spectrum, they are more common in smaller transaction sizes. “I think there are several reasons why off-market tend to happen more frequently with smaller deals on the balance,” said Foley. “The smaller the deal, the higher the relative costs to sell (smaller deals often have larger percent of fees), there are more deals than available brokers, and private investors often have single key decision makers, making it easy to make disposition decisions.”

Smaller deals also benefit from a limited or altogether absent marketing process, which can be labor intensive for a small deal. “Marketing processes can often take a lot of time and resources from an owner, whereas getting an unsolicited offer at the right price with an expedited process to close can be quite appealing, especially when these properties may no longer be the primary focus for some owners that have larger portfolios,” said Foley.

Getting ahead of the competition

Curbing competition is a major reason why investors pursue deals off market, but often, institutional buyers are able to compete, one reason why off-market transactions are less popular among major investors. “Mega-funds have an unfair advantage over their competitors when it comes to winning marketed deals. As the larger brokerage shops have consolidated, they are more focused on what’s called maintaining a warm “balance of trade” with the biggest buyers and sellers of real estate,” said Foley. “This means that more often than not, the mega-funds are getting the last look call on a marketed process, which will increase the likelihood that the buyer might sell their next asset with that broker. Smaller firms don’t have the same leverage with their limited (relative to mega-funds) portfolios dispositions to get the same respect and often get deprioritized.”

However, Foley is quick to clarify that mega-funds still do regularly participate in off-market transactions, even at a high level. “Mega-funds are also extremely active in pursuing off-market transactions, including a number of transactions that would be impossible or at least infeasible for normal firms—taking a public REIT private or acquiring entire portfolios,” says Foley. “This ability to approach an owner to buy a portfolio at scale is unique to mega-funds and can often unlock deals that otherwise would never make it to market given the size and complexity of the transaction.”