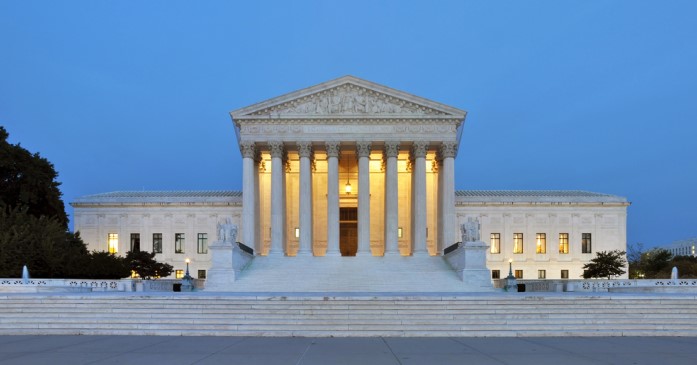 Who should make policy? The U.S. Supreme Court just answered that question in a decision with far reaching implications for the apartment industry. The West Virginia v. EPA decision affirmed that policy must be made by elected representatives rather than by executive branch bureaucrats.

The case before the court asked whether executive branch agencies such as Environmental Protection Agency (EPA), have the power to make significant policy. The suit was brought by the state of West Virginia and two coal companies. They sued EPA, alleging the agency’s plan to regulate carbon dioxide emissions under the Clean Air Act was an abuse of power. The decision will impact the country’s source of energy.

The power of federal agencies, also called alphabet agencies referring to their acronyms, expanded in the 1930s under President Franklin D. Roosevelt’s New Deal. His program created 69 offices and executive branch agencies. Today the U.S. Federal Register lists 432 departments, agencies and sub-agencies in the federal government. But even that list comes with a caveat.

The Administrative Conference of the U.S. (2012) notably said: “There is no authoritative list of government agencies. For example, FOIA.gov (maintained by the Department of Justice) lists 78 independent executive agencies and 174 components of the executive departments as units that comply with the Freedom of Information Act requirements imposed on every federal agency. This appears to be on the low end of the range of possible agency definitions. The United States Government Manual lists 96 independent executive units and 220 components of the executive departments. An even more inclusive listing comes from USA.gov, which lists 137 independent executive agencies and 268 units in the Cabinet.”

Further compounding the lack of clarity around these agencies is a murky accounting of the number of their staff and contractors, uncertainty around which rules and regulations are binding, and ambiguity about the exact power that “guidance” holds.

With the responsibility of making law returning to Congress, the response to climate change will have to be debated publicly, and the costs discussed in the public forum. The decision for West Virginia et al has transferred power away from unelected agencies and returned it to elected representatives.

The late Justice Antonin Scalia once said, “We expect Congress to speak clearly if it wishes to assign to an agency decisions of vast economic and political significance.” It seems the current court is moving in that direction.