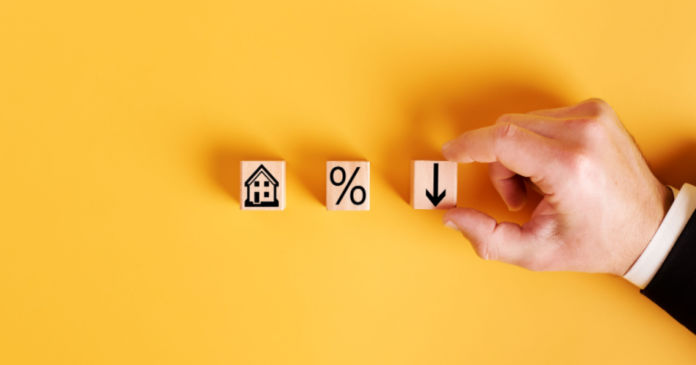 Fannie Mae’s July economic and housing forecasts predict negative GDP growth in Q2 2022 and a recession in early 2023. The slowdown in economic growth is also expected to be felt in housing construction with lower starts for both multifamily and single-family homes. 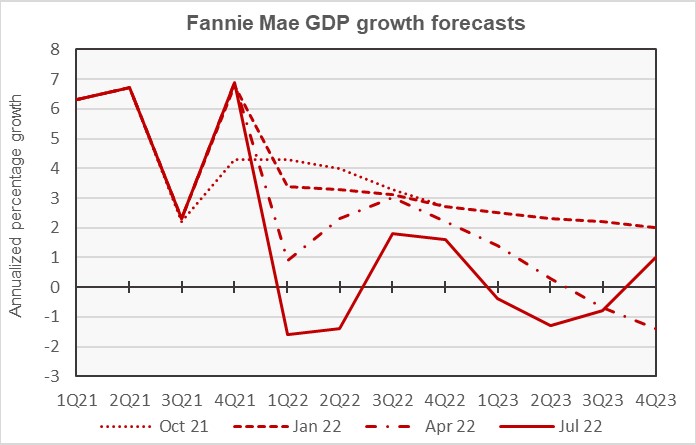 Fannie Mae’s forecasters were among the few to predict a fall in GDP resulting from the Federal Reserve (Fed) acting to get inflation back into its target range. The chart shows that, as of the April forecast, Fannie was predicting the downturn would occur in the second half of 2023. The new forecast calls for the downturn in 2023 to occur early in the year and for economic growth to resume by Q4. The forecasters characterize this downturn as a recession.

While the new forecast also anticipates that the GDP shrank in Q2 2022, the forecasters do not characterize these two quarters of negative GDP growth as a recession. That is because they expect other indicators of a recession, such as rising unemployment and falling business investment, to be missing. 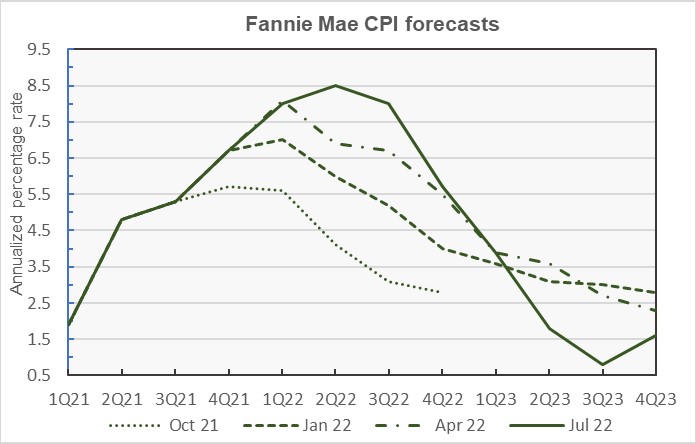 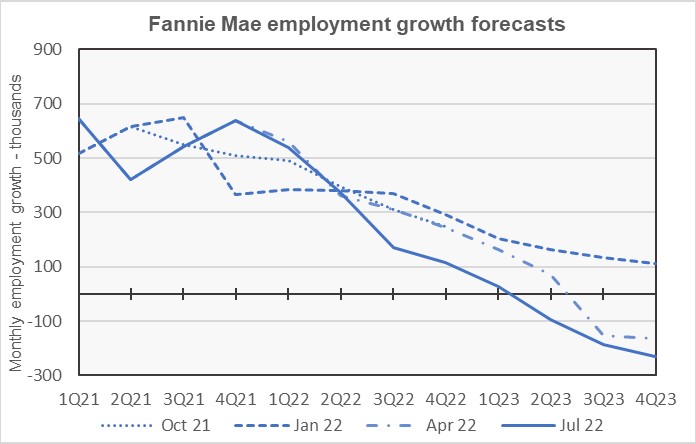 The forecast predicts lower growth in employment every quarter from Q3 2022 through the end of 2023 than did last month’s forecast. Fannie Mae now expects the economy to create 200,000 fewer jobs in 2022 than they predicted last month, and they expect that the economy will lose over a million jobs in 2023 as it goes into recession.

Single-family housing to be hard hit, multifamily less so

The current forecast for multifamily housing starts is shown in the next chart, below, along with three other recent forecasts. 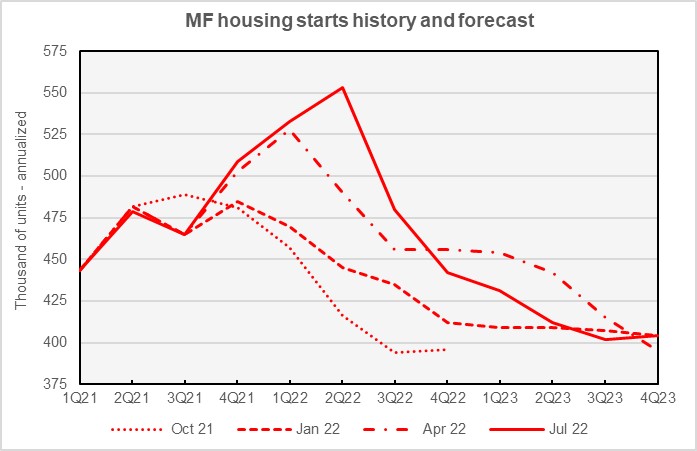 The chart shows that Fannie Mae’s forecasters have repeatedly underestimated the strength of multifamily construction. Each of the four forecasts shown predicts that the peak of multifamily housing starts occurred in the quarter immediately preceding the forecast date. Each subsequent forecast recognized that starts were still rising beyond what the earlier forecast envisioned. Recent monthly forecasts have tended to call for more multifamily starts in 2022 but fewer in 2023. The current forecast calls for lower starts in both years. 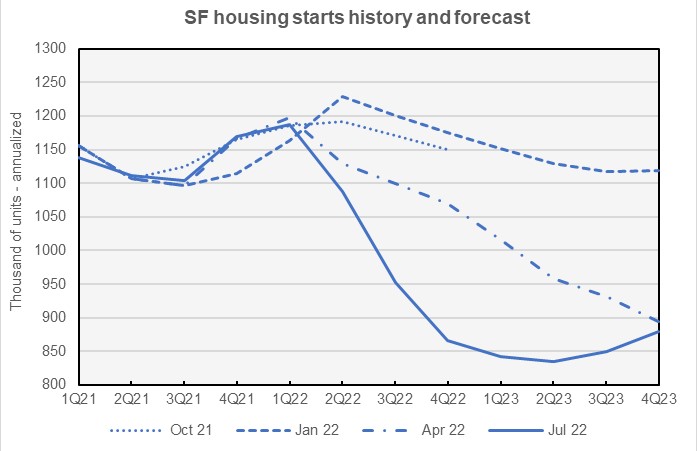 The chart shows a sizeable decline in single-family housing starts beginning in Q2 2022 as the impacts of higher mortgage interest rates and slower economic growth are felt. Single-family starts are forecast to remain depressed until late 2023 when they begin to rise again as part of a recovering economy.

Commentary looks at where we are and where we’re going

The Multifamily Economic and Market Commentary for this month is a mid-year examination of the condition of the multifamily housing market and a look into where it is going over the next quarters and years. The forecast predicts that new supply and absorption will be roughly in balance in 2022 but that supply will run somewhat ahead in 2023 and 2024. This will result in vacancy rates moving up from the 4.5 percent range today to the 5 percent range.

Rent growth is expected to decline to the 6 to 7 percent range in 2022 and then slowly return to historical averages. Cap rates are expected to move higher as interest rates increase. The current average cap rate of 4.7 percent is expected to rise to 5 percent.

The Fannie Mae forecast discussion can be found here. There are links on that page to the detailed forecasts and to the commentary. The commentary covers many more aspects of the multifamily housing industry than were mentioned in the brief synopsis above and is worth reading.