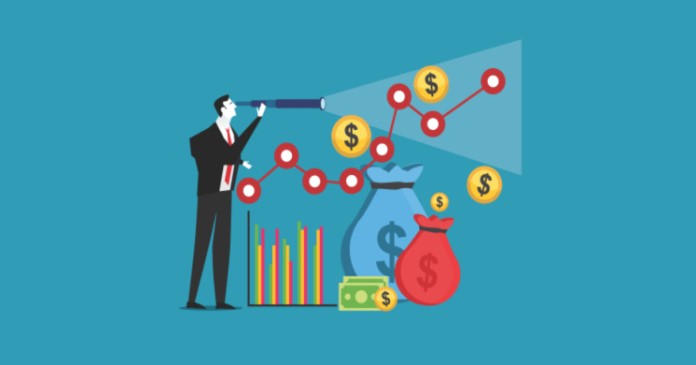 The Mortgage Bankers’ Association (MBA) recently released its Q1 2022 quarterly databook. It contains some data that they had previously released but it also includes economic forecasts for key metrics through 2024.

The information contained in the quarterly databook that has been previously published deals with mortgage originations and with the level of mortgage debt outstanding. This information has been covered by Yield Pro in the articles linked above. 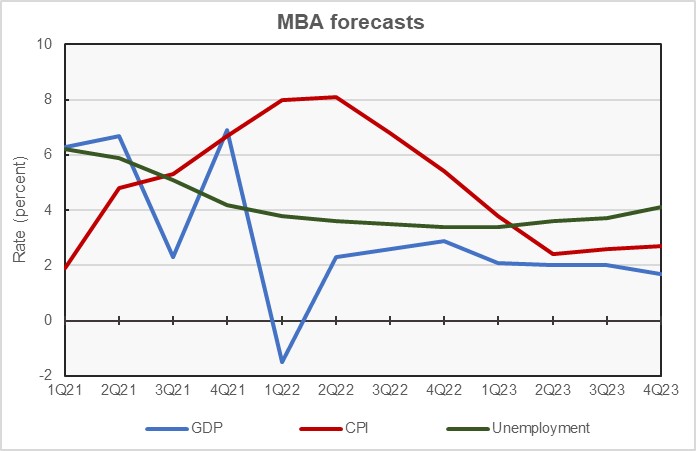 The MBA forecast calls for GDP growth to recover from its drop in Q1 and to remain positive through the economic forecast period. In this regard, it agrees with the outlook of the Federal Reserve (Fed) but differs from the expectations of the forecasters at Fannie Mae. Fannie Mae’s forecast remains the only one of those that we follow that is predicting that the economy will go into recession.

The outlook for inflation as measured by the Consumer Price Index (CPI) is for year-over-year price increases to crest in Q2 and then to slowly fall. However, the MBA does not foresee inflation returning to the Fed’s target of 2 percent within the forecast window.

The MBA forecasts for two key interest rates are plotted in the next chart, along with that of the CPI for reference. The economic forecast calls for the Federal Funds rate to rise through the end of 2023, but to fall in 2024. The forecast for the 10-year Treasury follows the same pattern, but the rise and fall are less dramatic. 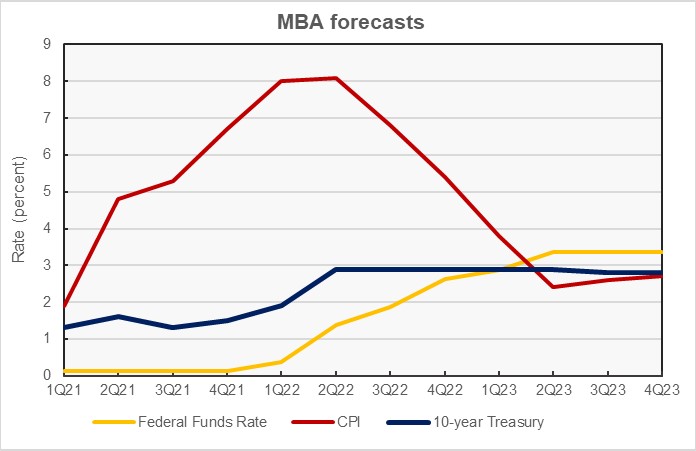 The report also includes historical data on other closely tracked industry metrics. Some of them are shown in the next chart, below. The data are plotted on different scales so that the relationships between the changes in the metrics are more clearly visible. 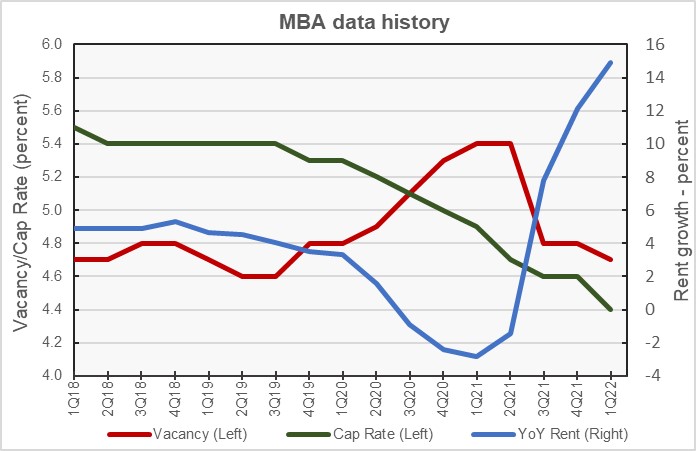 The MBA report shows the vacancy rate and the year-over-year rent growth rate moving in opposite directions during the pandemic. However, it shows the rent growth rate continuing to climb through Q1 while other sources indicate that it peaked in late 2021.

The chart also shows the cap rate for multifamily property continuing to trend lower over the past 5 years. Rising interest rates might be expected to interrupt this trend, but there is no indication of this happening yet in the MBA data.