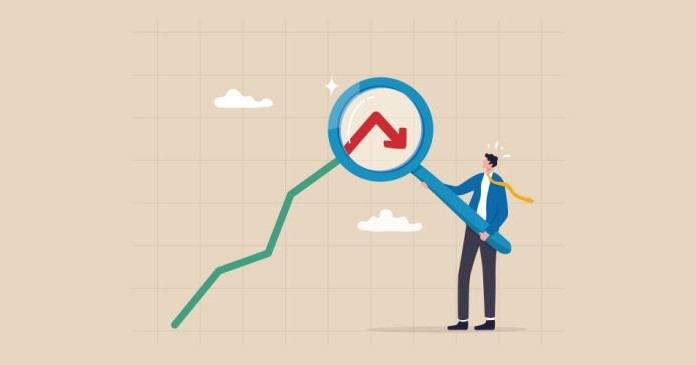 Fannie Mae’s August economic and housing forecasts predict a recession in early 2023. The economic slowdown is expected to bring inflation under control by late 2023 but at the cost of reducing employment and housing construction.

The first chart, below, shows Fannie Mae’s current forecast for the Gross Domestic Product (GDP) growth, along with three other recent forecasts. 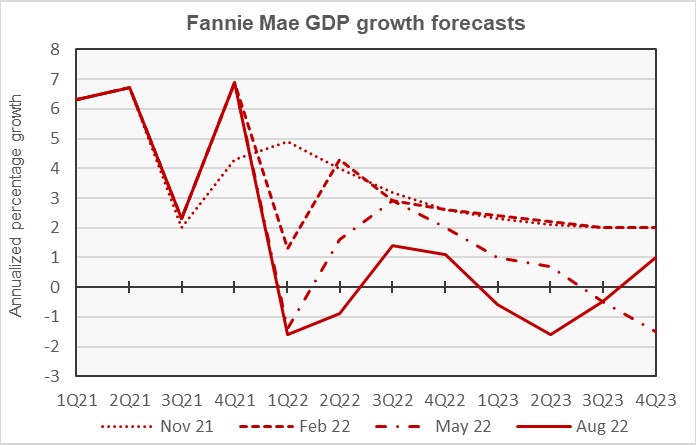 The August Fannie Mae forecast has a gloomier view of the prospects for economic growth over the next year and a half than did their other recent forecasts. However, as in last month’s forecast, Fannie Mae expects the economy to see positive GDP growth in the last two quarters of 2022 before growth turns negative starting in Q1 2023. The forecast expects economic growth to resume in Q4 2023.

In the August forecast, GDP growth projections were revised lower for every quarter through the end of 2023 with the exception of Q3 2023. The anticipated GDP decline in that quarter was revised from -0.8 percent to -0.5 percent.

Inflation expected to persist through 2022 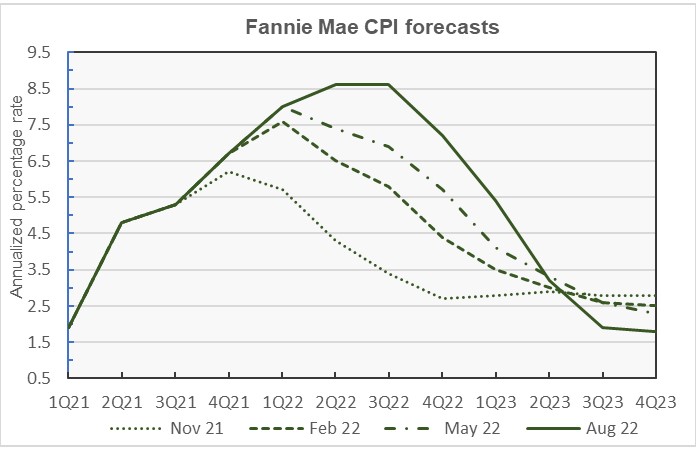 The chart shows that forecasters have again revised their inflation forecast higher for the quarters immediately ahead. While it projects higher inflation in the near-term, the current forecast is consistent with other recent forecasts in that it predicts falling inflation by the second half of 2023. 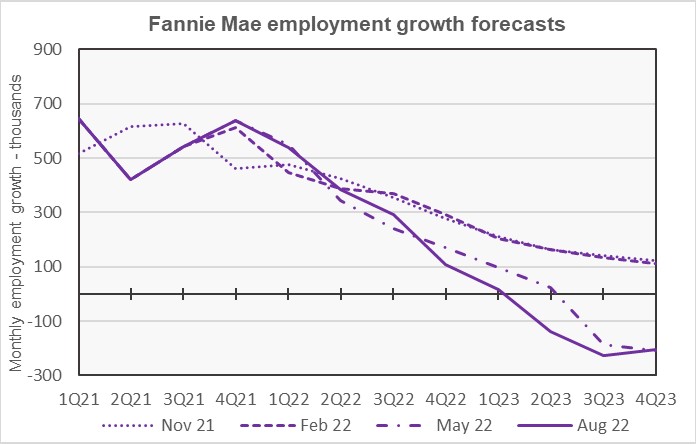 The reduced pace of GDP growth in 2023 is expected to be reflected in reduced employment. Fannie Mae revised its employment change estimates lower for the period from Q4 2022 through Q3 2023. However, reflecting the recent strength of the jobs market, the forecast raised the estimated employment growth in Q2 and Q3 2022.

The current forecast for multifamily housing starts is shown in the next chart, below, along with three other recent forecasts. Fannie Mae considers any building containing more than one dwelling unit to be “multifamily”, including both condominiums and rental housing units. 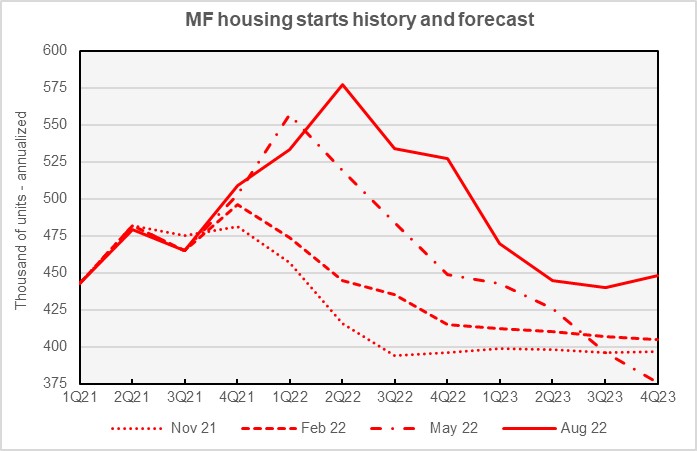 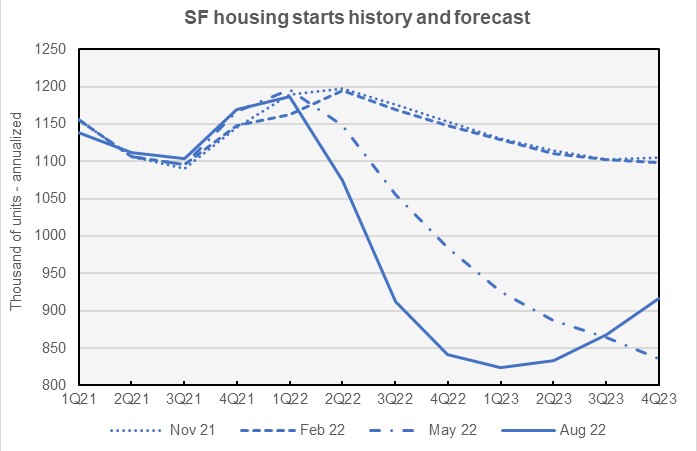 The chart shows a decline in single-family housing starts beginning in Q2 2022 as the impact of higher mortgage interest rates is felt. Single-family starts are forecast to remain depressed until late 2023 when they begin to rise again as part of a recovering economy.

The Multifamily Economic and Market Commentary for this month focuses on the new supply of apartments in the development/construction pipeline. It lists the 25 top metros for apartment units completed or expected to be completed from 2021 forward. New York (130,152 units), Washington DC (66,455 units), Dallas (62,148 units) and Austin (57,231 units) top the list. While most of the new construction consists of Class A units and this may cause a rise in vacancy rates for that market segment, the commentary expects high demand for housing to keep the fundamentals for multifamily housing stable over the next years and a half.