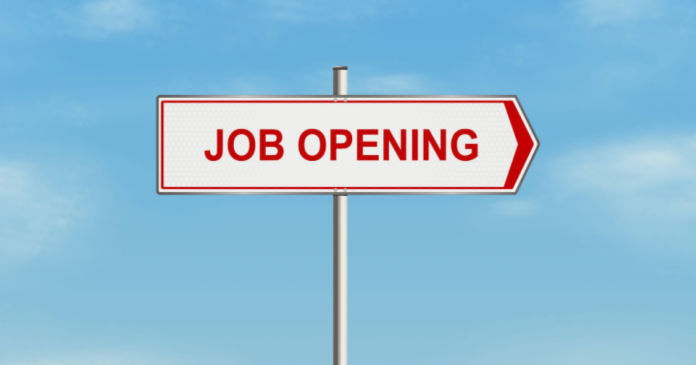 The Job Openings and Labor Turnover (JOLT) report from the Bureau of Labor Statistics (BLS) said that the number of job openings declined in June from last month’s level. This was the third month in a row of declining job openings. Hiring was down slightly while separations were up slightly during the month.

The BLS reported that there were 10.70 million job openings at the end of June. This was reported to be down by 605,000 openings from the preliminary level reported last month. The number of job openings is down by 1,157,000 from the record level seen in March of this year.

The first chart, below, shows the employment situation for the construction jobs market over the last 37 months. It shows that June saw a net increase of 29,000 jobs. However, May’s job gains reported last month were revised downward by 4,000 jobs. 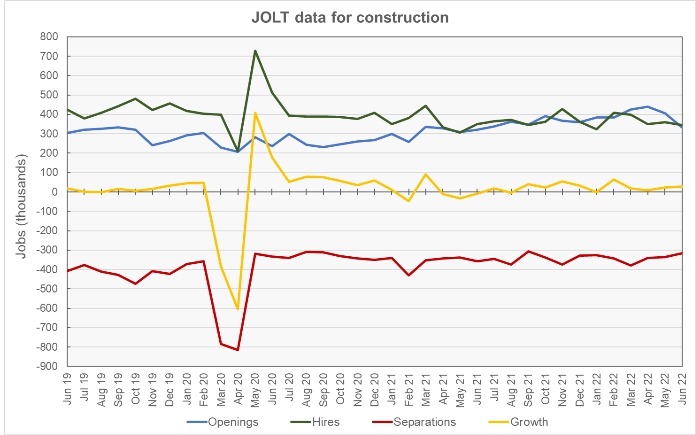 The last chart, below, shows the employment situation for the real estate and rental and leasing (RERL) jobs category. Employment in this jobs category was reported to rise by 12,000 jobs in June. However, last month’s RERL job gains were revised downward from 16,000 jobs to 9,000 jobs. 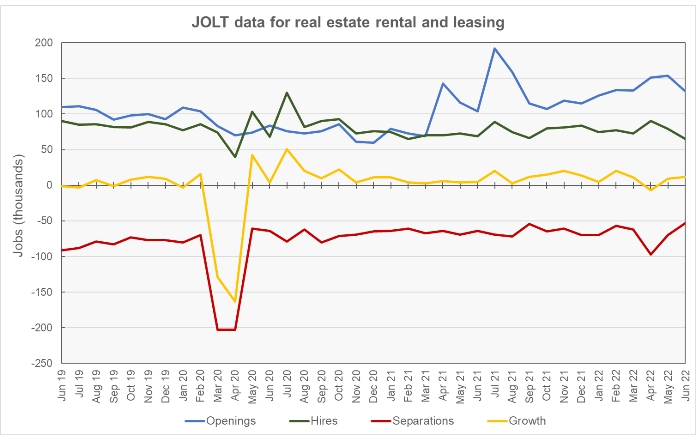