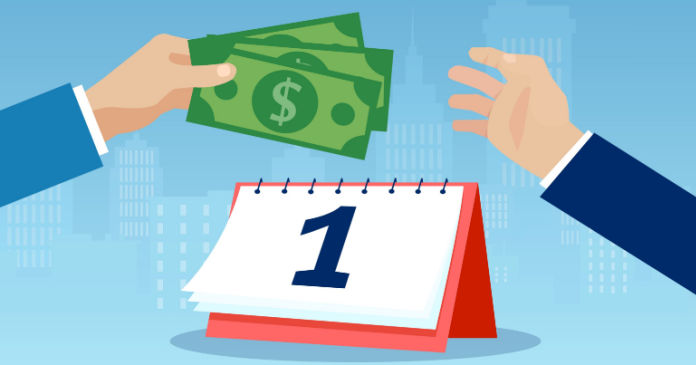 The “Week 48” edition of the Census Bureau’s Pulse Survey shows that the portion of renter who are behind on their rent payments has stabilized at around 15 percent.

The Pulse Survey is an experimental program that the Census Bureau started shortly after economic shutdowns were imposed in response to COVID-19. It was designed to assess how the population of the country was faring under the economic stress caused by the reaction to the pandemic. The current survey, designated Week 48, posed questions which are part of what Census calls Phase 3.5 of the survey.

The Week 48 survey collected data from July 27 to August 8, 2022. This is 4 weeks after the period in which the “Week 47” survey data was collected. The renter portion of the survey covers renters of both multifamily and of single-family properties. 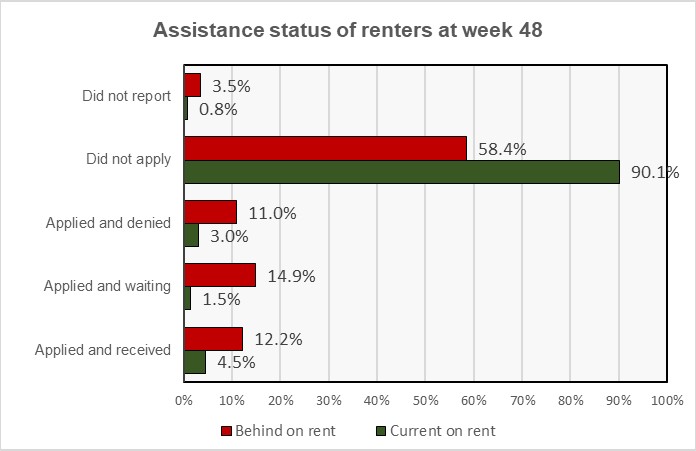 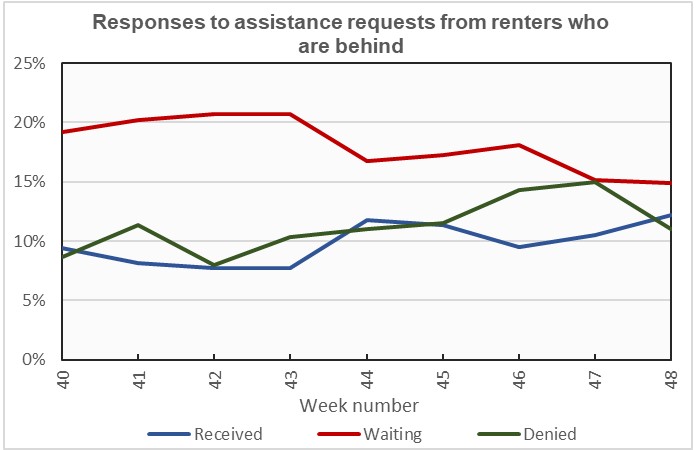 The Pulse Survey identified a little over 3.2 million adults who have received emergency rental assistance. This is down from the number reported in the last Pulse survey.

The survey asked participants whether they had experienced rent increases over the past 12 months. The results are given in the next chart, below, which shows the portion of renters answering this question for each of 6 possible rent growth levels. Census asked the question about rent growth in dollars rather than as a percentage of current rent, so the results are not directly comparable to those reported elsewhere. 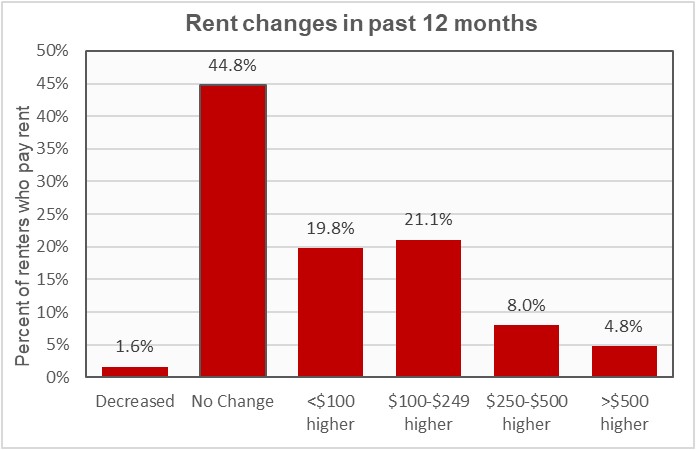 Given reports of record rent growth from sources like Apartment List and Yardi Matrix, it is surprising that Census found that over 46 percent of renters either saw no rent increase or saw their rent go down in the prior 12 months. However, this result is in line with that found in the quarterly housing survey from the Census Bureau, which attempts to cover all rental properties, not just larger, professionally managed properties which are the focus of industry surveys.

Renters in all phases of the survey have been asked whether they are behind on their rent. While some say that they occupy their housing without paying rent and some did not report whether they are current on their payments, the majority of respondents answered the question Yes or No. The next chart, below, shows the history of responses to this question. Note that the midpoint of the “Week 48” survey period was August 2, 115 weeks after the initial Pulse Survey. 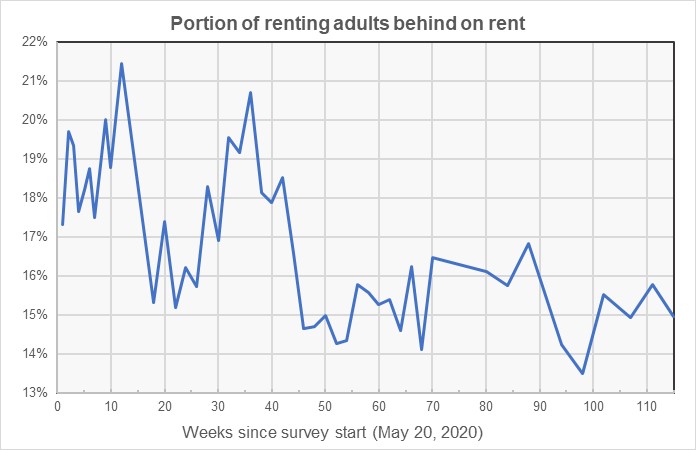 The survey is conducted over a two-week period which lately has spanned the end of one month and the start of the next. Since rent is normally due on the first, a renter who was current on his rent at the start of the survey period may find himself behind if asked the question a few days later. This may explain some of the variation in the responses to this question.

Given that the economy has largely stabilized after the pandemic and that unemployment is again low, the portion of renters who are behind on their rent early in the month may just be the “normal” level. 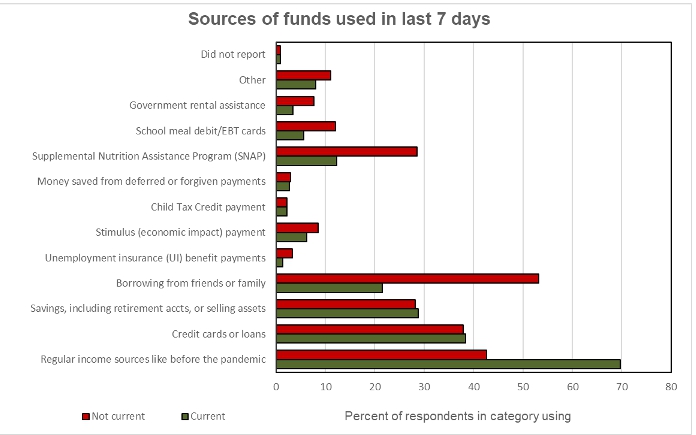