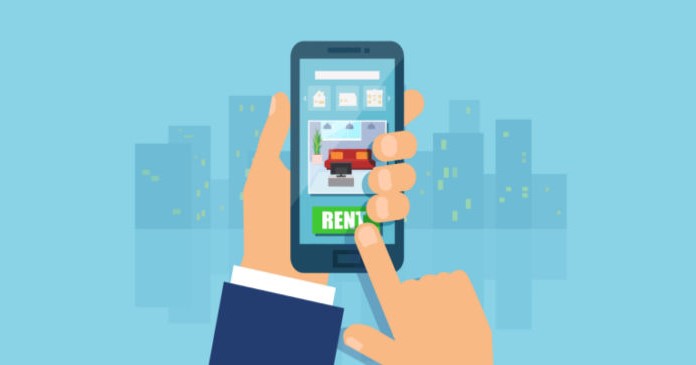 The Census Bureau released its quarterly report on home ownership and occupancy for Q2 2022. It showed that the rental housing vacancy rate was 5.6 percent, down from a level of 5.8 percent in Q1 2022.

The headline vacancy rate reported by Census, 5.6 percent in Q2, is for all rental housing in the country, both single-family and multifamily. Census breaks down this figure in various ways, including by the number of units in the building. The chart, below, illustrates this comparison. 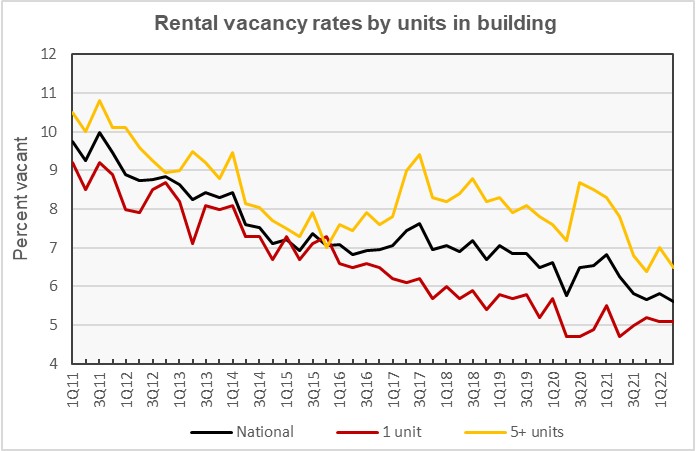 The rental vacancy rate history for each of the Census geographical regions is show in the next chart, below. The chart shows that vacancies jumped the most in the Northeast and in the Midwest regions in late 2020 to early 2021 as the impact of the pandemic was at its highest. The vacancy rates were much less impacted in the South and West regions. The chart also shows that rental vacancy rates have been consistently lower in the Northeast and West regions than in the South and Midwest regions. 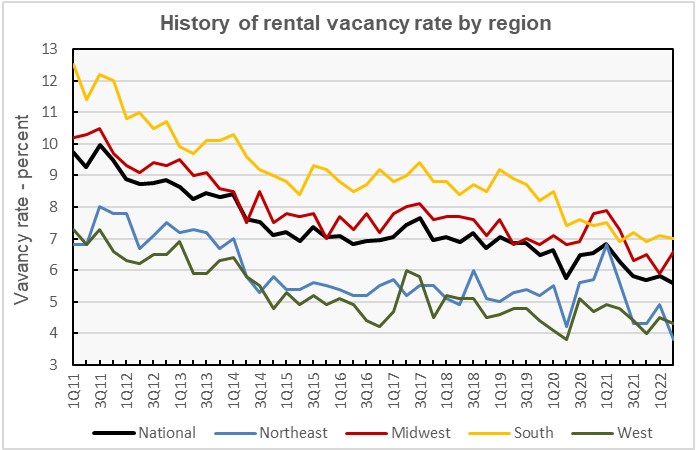 Census reported that over 66 percent of vacant rental units were in structures with 2 or more units. Only about 16 percent of the vacant multifamily units had 3 bedrooms, with 1 and 2 bedroom units each comprising around 40 percent of vacant stock. The median duration of vacancy in Q2 2022 was 2.9 months, up from 2.6 months one year earlier.

The Census Bureau reported that 34.2 percent of the country’s 127,990,000 occupied housing units were inhabited by renter households in Q2 2022. This rate is down slightly from that in Q1. The history of the number of occupied housing units and the share of renter households since 2011 is shown in the next chart, below. The chart shows that rentership rose in the aftermath of the global financial crisis but that it has been falling since 2016. The dip in the rentership rate in 2020 may be due to difficulties that Census had in collecting its data during the pandemic lockdowns. 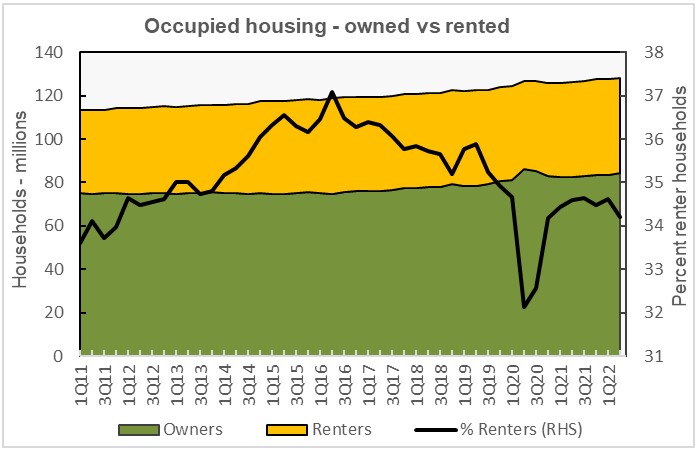 The Census Bureau also tracks the median asking rents for the country as-a-whole. The history of their findings is shown in the next chart, below. Census reported that rents have moved higher after declining at the end of last year, with the national average rent coming in at $1,314 in Q2 2022. 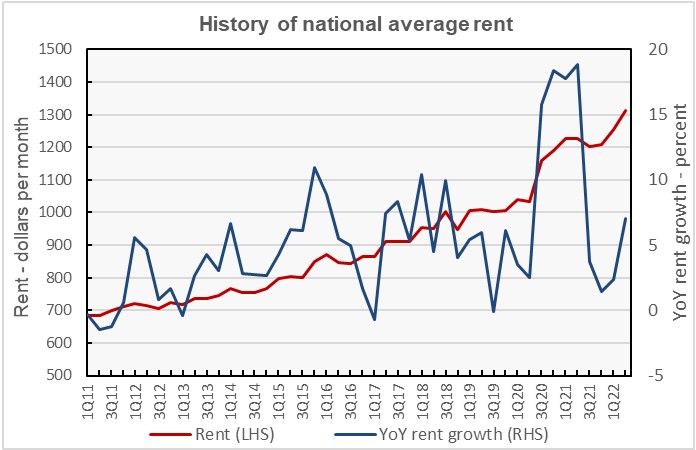 The late 2021 decline in rents was not observed in data collected either by Yardi Matrix or by Apartment List. However, those reports focused on large, professionally managed multifamily properties while the Census report attempts to cover all rental housing in the United States.

The last chart, below, shows the history of the average rent by Census region as a percentage of the national average rent. The chart shows that the Northeast and the West have historically had higher rents than have the South or the Midwest. However, it shows rents in the Northeast falling on a relative basis in recent quarters. 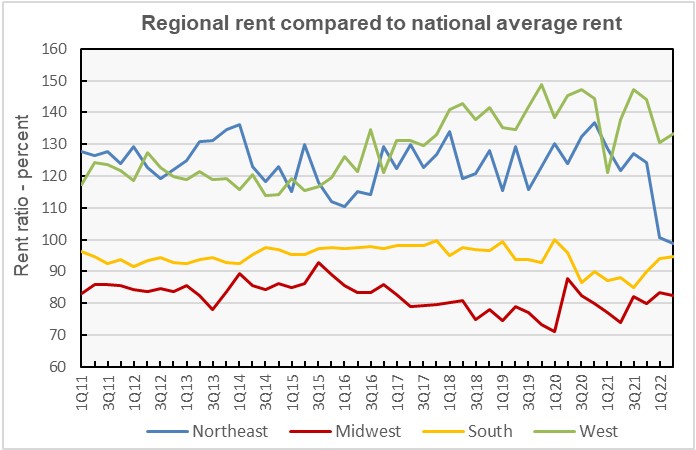 The Census report is called Quarterly Residential Vacancies and Homeownership, Second Quarter 2022. It is available here.