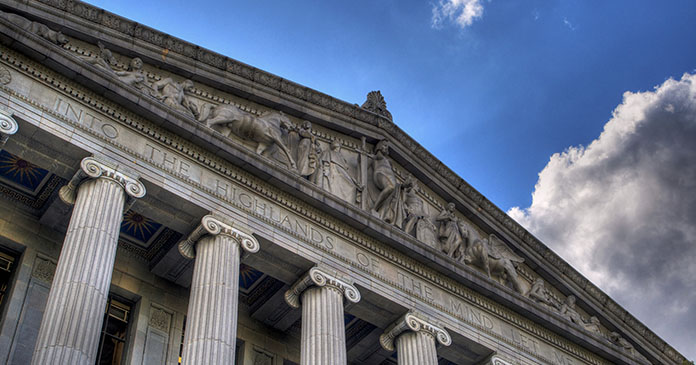 Californians for Homeownership, a nonprofit organization sponsored by the CALIFORNIA ASSOCIATION OF REALTORS (C.A.R.) that aims to address California’s housing crisis through impact litigation, announced that it has filed lawsuits against the cities of Claremont, Fullerton and La Mirada to enforce state housing element law. The new lawsuits follow settlements in the organization’s prior lawsuits against the California cities of Bradbury, Laguna Hills and South Pasadena.

“Californians for Homeownership continues to lead the way in using the courts to enforce these critical laws, which require cities and counties to ensure that their zoning requirements will allow enough housing to be built over the next decade,” said C.A.R. President Otto Catrina. “The recent settlements and the new lawsuits send a message to cities throughout the state that every city has an affirmative obligation to plan for the housing growth needed to support California’s growing population.”

New housing planning documents, called housing elements, were due on October 15, 2021, in the Southern Californiaregion. While some Southern California cities embraced the process, many have resisted or delayed. The nonprofit’s first round of six lawsuits in April targeted cities that had not made sufficient progress toward adopting housing elements and that refused to acknowledge the penalties associated with their delays.

The recent settlements with the cities of Bradbury, Laguna Hills and South Pasadena commit those cities to specific timelines for adoption of their housing elements and to make changes as needed to ensure that the housing elements they adopt will be eligible for certification by state regulators. South Pasadena, for example, has committed to removing from its housing element site inventory a number of parcels that are unlikely to be developed with housing in the coming years. The city also agreed to seek a change to its voter-established height limit, which makes it difficult to develop multifamily housing in the city.

The settling cities also agreed to reimburse Californians for Homeownership for its costs and legal fees, and to comply with state law penalties that override local development standards for mixed-income housing developments in cities that are out of compliance with housing element law—a provision often referred to as the “builder’s remedy.”

The new lawsuits target three additional cities that are far from meeting their housing element obligations. “The cities of Claremont, Fullerton and La Mirada were selected because, in our assessment, they are unlikely to adopt valid housing elements within the next six to 12 months without being forced to do so through litigation,” said Matthew Gelfand, the in-house litigator for the nonprofit. “We are already nearly a year into the eight-year planning period that these plans are intended to cover. Developers are anxiously waiting for these plans to be finalized so that they can begin developing much-needed housing, and every month these cities delay is another month working with outdated land use rules that make it hard to build homes.”

The RHNA (Regional Housing Needs Allocation) and housing element process is an interconnected system for ensuring that California’s cities and counties plan for adequate housing to address statewide and regional housing needs. In the RHNA assessment, state and local governments work together to identify regional housing needs and distribute them among a region’s cities and counties. Each city and county must then develop a “housing element”—a component of the city’s general plan that identifies sites available for future housing development sufficient to meet the city’s RHNA allocation. If the city cannot identify adequate sites, it must change its zoning to allow additional housing development.

All three cities targeted in the new lawsuits have been told by state regulators that they must make significant changes to their draft housing elements before they can be adopted and certified by the state. But unlike many of their peers in the region, these cities have made little progress in doing so.

“These cities produced draft housing elements that are far from meeting their obligations under state law and have made little progress in fixing them,” Gelfand said. “For example, the city of La Mirada failed to explain how it intended to accommodate the assigned RHNA in each income category, which is one of the most basic required features of a housing element. The city’s current draft is not a serious attempt to comply with state law.”

The nonprofit typically offers to forgo litigation against cities that are willing to acknowledge the state law penalties for failing to adopt a housing element. It made that offer to each of the three cities, but they declined.

Enforcing these laws has been a major focus for the organization over the last year, and it has approached cities throughout Southern California to discuss their compliance with the law. In the coming months, the focus will shift to the Bay Area and other parts of the state, as those regions complete their housing elements. In prior housing element cycles, without litigation, some cities have allowed the process of developing their housing elements to drag on for years after the state law deadlines.

Each new lawsuit seeks an order requiring the city to adopt a compliant housing element on an expedited basis, as well as a judicial declaration that the city is subject to certain state law penalties for being out of compliance. Among other penalties, cities without compliant housing elements are prohibited from using their ordinary zoning rules to reject certain types of housing, such as mixed-income and moderate-income housing developments. The court also has the discretion to control aspects of a city’s land use approvals — for example, halting the issuance of all non-residential building permits or judicially approving housing development projects that have been held up by a city.

Copies of the filings are available here.