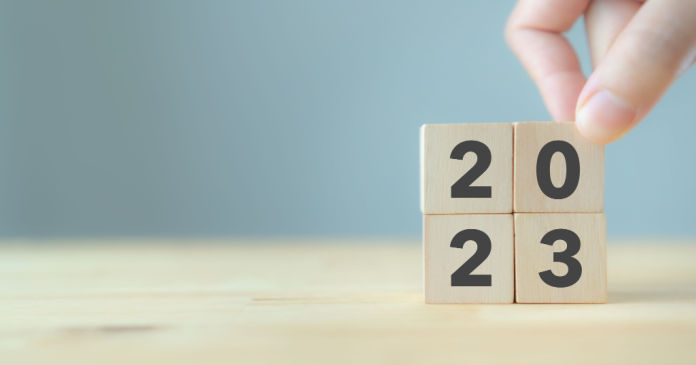 Fannie Mae’s October economic and housing forecasts predict that the economy will briefly return to growth in Q3 before entering a recession in early 2023. The downturn is expected to lower housing starts next year.

The first chart, below, shows Fannie Mae’s current forecast for the Gross Domestic Product (GDP) growth, along with three other recent forecasts. 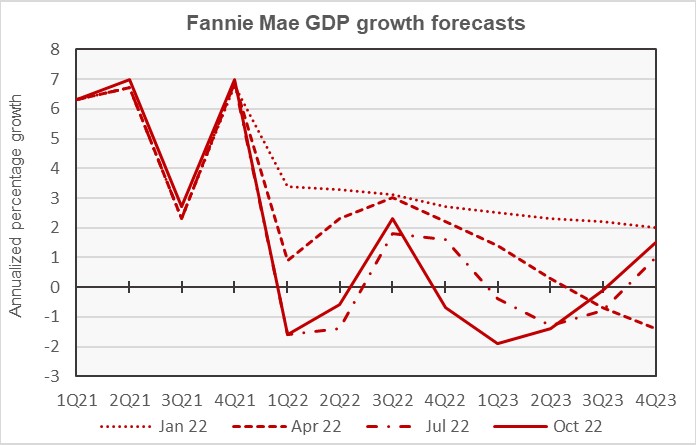 Fannie Mae’s forecasters were among the first to predict an economic downturn in 2023 with their April 2022 forecast. In their subsequent forecasts, they have moved both the date when they expect the downturn to begin and the date at which they expect growth to resume earlier. The October forecast anticipates that only Q3 will see positive GDP growth in 2022. GDP is expected to decline again in Q4 and not return to growth until Q4 2023. 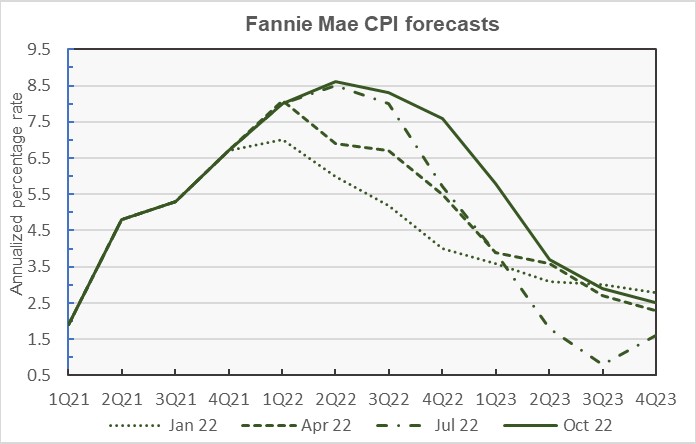 Forecasters from Fannie Mae and elsewhere have consistently underestimated the persistence of the inflation now gripping the economy. The chart shows that Fannie Mae’s forecasters have again revised their inflation forecast higher for Q4 2022 through Q4 2023. They project that year-over-year inflation will drop to only 2.5 percent by the end of 2023, still above the Fed’s 2 percent target.

The remarkable recent strength of the labor market is reflected in Fannie Mae actually raising their forecast for employment growth in Q4 2022. However, as rising interest rates cause economic growth to slow and to turn negative in 2023, Fannie Mae’s forecasters expect employment growth to decline, turning negative by Q2 2023.

Multifamily starts forecast to fall in 2023

The current forecast for multifamily housing starts is shown in the next chart, below, along with three other recent forecasts. Fannie Mae considers any building containing more than one dwelling unit to be “multifamily”, including both condominiums and rental housing units. 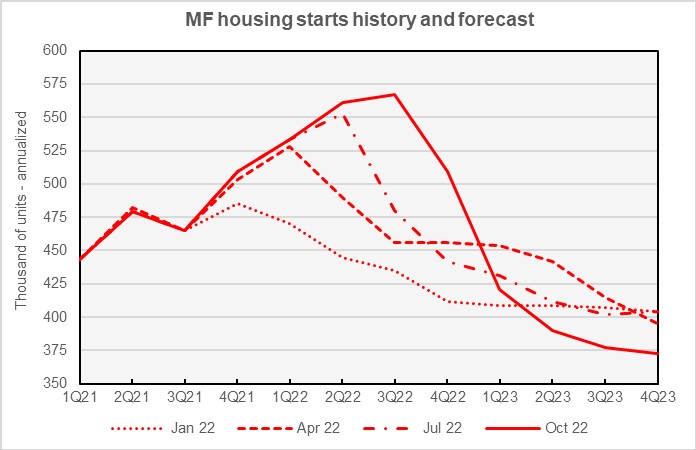 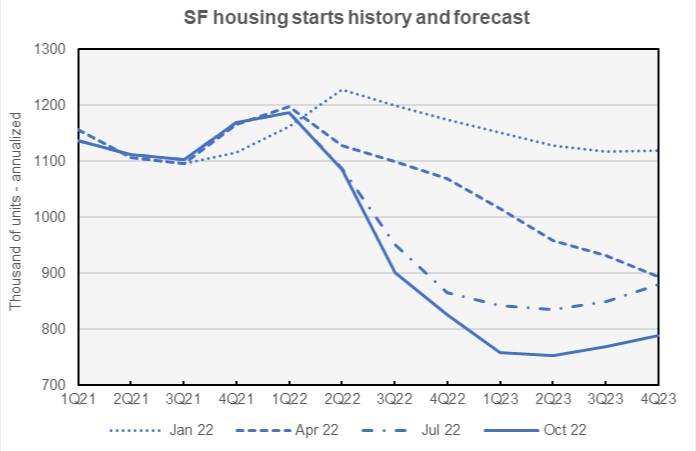