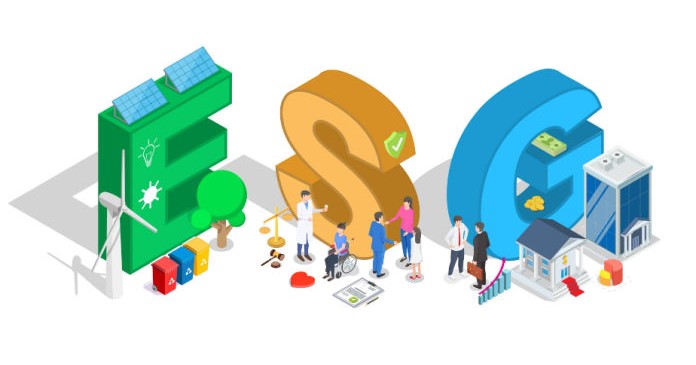 ESG (environmental, social, governance) is now a significant part of the U.S. rental landscape in the form of lending programs, energy efficiency certifications and a growing number of diversity, equity and inclusion (DEI) departments in REITs and larger corporations. For the first time in history, the latest update of the International Building Codes (IBC) includes energy efficiency standards stemming from the ESG push. The IBC act as a baseline for state and local construction standards and both sets permitting requirements and drives overall housing costs. Add to this, the Administration in June announced that it will be formulating its own National Initiative to Advance Building Codes that will further raise standards (and costs) in order to add resiliency to building assets in response to “events related to climate change.”

Such program adoption does not address the fact that ESG remains controversial on both sides of the issue. The common points of contention are that ESG objectives lack clearly defined metrics and are hard to apply to a vast range of weather, topography and demographics across the U.S. This makes ESG assessment results a broad inconclusive spectrum rather than a quantifiable calculation. There also remains disagreement on the topic of climate change, more specifically man’s ability to control climate. But perhaps most troubling is where ESG runs afoul of the nation’s laws. In many ways ESG core principles directly conflict with that of America’s (i.e. free markets that deliver value resulting in profit, the protection of property rights, responsible fiscal management).

The seeds of ESG date back as early as 1971 when Klaus Schwab founded the European Management Forum, now known as the World Economic Forum (WEF). Schwab wrote in his 1971 book, “the management of modern enterprise must serve not only shareholders but all stakeholders to achieve long-term growth and prosperity.” The author’s lack of definition of the term “all stakeholders” has since been widely debated. It was even mocked in a popular punchline by comedian George Carlin. (i.e. “All stakeholders means it’s a big club and you ain’t in it”, quipped Carlin.) On a more serious note, all stakeholders can be defined to be anything from the elite to the entire human race. Neither one fits with the American operational model of free market enterprise, value creation and the power of individual agency.

WEF’s annual event in Davos launched the ESG initiative around the world. WEF and Davos attendees consist mostly of non-elected individuals who have some level of power within their respective countries through their roles in large media outlets, finance or tech.

ESG has certainly made it to the shores of the U.S. But does a cloak of moral enterprise make it through the free market, anti-discrimination laws of America?

Land of the free

ESG mandates may work in Europe, but those same precepts may conflict with U.S. antitrust, civil rights and ERISA (Employee Retirement Income Security Agency) laws. For example, companies participating in coordinated action against other companies or industries may be violating antitrust laws according to the report, “Corporate Collusion,” by C. Boyden Gray of Washington, D.C. law firm Boyden Gray and Associates.

“Federal law prohibits companies from colluding on group boycotts or conspiring to restrain trade, even to advance political or social goals,” said the report. “Antitrust laws in general, and the Sherman Act in particular, are the Magna Carta of free enterprise,” wrote Supreme Court Justice Thurgood Marshall. “They are as important to the preservation of economic freedom and our free-enterprise system as the Bill of Rights is to the protection of our fundamental personal freedoms.”

Hundreds of the world’s largest corporations have signed pledges to reduce their use of fossil fuels. The largest number of Forbes 2000-listed companies (210) are headquartered in the U.S. including Bank of America, Citibank, Wells Fargo and BlackRock. These companies and many more make up the ranks of the Task Force on Climate-related Financial Disclosure (TCFD). TCFD and other organizations like it set out to elevate climate-related disclosures up from the murky realm of corporate social responsibility to a strategic imperative.

The Biden Administration is also on board. In April President Joe Biden announced that the U.S. will take steps to “set America on a path to net zero emissions economy by no later than 2050.”

“The way ESG is being implemented is completely antidemocratic, which is to say that they are just flouting laws,” said George Mason University law professor Todd Zywicki. “

ESG advocates say that companies that follow ESG guidelines are better investments and that the initiative “relies heavily on bandwagon effects.” In other words, if enough asset managers collaborate to shift their investments toward ESG-compliant companies, the shares of those companies become more valuable—and even more so if governments subsidize industries like wind and solar, while punishing fossil fuel companies, said The Boyden Gray report.

However, ESG violates the Civil Rights Act of 1964 by encouraging racial and gender quotas, and hiring predicated on the basis of race, color, sex, religion or national origin. This is illegal and recent lawsuits involving Biden’s farming grants prioritizing minorities, or COVID-relief grants excluding white restaurant owners were found illegal by the courts. In 2021, David Duvall, a white male, was awarded $10 million when a jury agreed that he was fired as part of a raced-based policy by his employer, Novant Health. DEI programs, mandatory employee training and related hiring criteria ascribing to racial quotas are increasingly coming under fire.

In October the U.S. Supreme Court heard a case where Harvard’s affirmative action admissions policy is being challenged. It is predicted that the university’s racially driven admissions standards will be overturned. The ruling is expected before the end of June.

The final leg of the ESG legal-infraction stool is the legal obligation of fund managers and corporate executives to act in the best interest of their investors and shareholders, not some mysterious stakeholder yet to be named.

The Employee Retirement Income Security Act, passed in 1974 requires private pension fund managers invest “solely in the interests of participants and beneficiaries.” It set what is called a “prudent expert” standard of care for fund managers and allows fund beneficiaries to sue managers for failing to uphold this standard.

Currently, 24 states forbid ideological investing for their public pension funds, including the use of ESG. Nineteen state attorneys general wrote to BlackRock charging it with a failed “duty of loyalty.” Blackrock responded, essentially, that it knew better. In October, Swiss bank UBS downgraded the shares of BlackRock citing deteriorated performance.

This same fiduciary duty to investors applies to asset managers. While President Biden has reversed course allowing pension money to be invested in ESG funds, the courts will have the final word. It may be prudent for asset managers to follow the law of the land versus the latest trend. Delivering value will also be the true course.