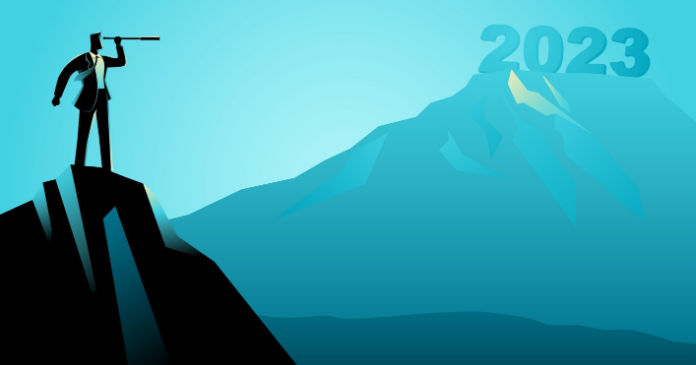 Fannie Mae’s November economic and housing forecasts predict that both multifamily and single-family housing starts will fall next year by more than they previously expected.

The November forecast is the first from Fannie Mae to provide predictions for 2024.

Multifamily starts forecast to fall in 2023 While Fannie Mae has long been predicting an economic downturn in 2023, their more recent forecasts see it arriving earlier than they originally thought. This has resulted in their forecast housing construction downturn also arriving earlier, impacting their 2023 multifamily starts forecast. The current forecast revised the Q4 2023 annualized rate of multifamily housing starts down by 52,000 units to only 321,000 units. This is now forecast to be the low point of this housing construction cycle with starts rising throughout 2024. Fannie Mae’s forecasters slightly bumped up their predicted numbers for single-family starts in Q3 2022 through Q1 2023 in this month’s forecast. However, they revised their forecast for single-family starts lower for the last three quarters of 2023 resulting in a drop in predicted starts for that year. Q2 2023 is now predicted to be the low point for housing starts with the number of starts predicted to rise for each quarter in the forecast horizon from that point on. 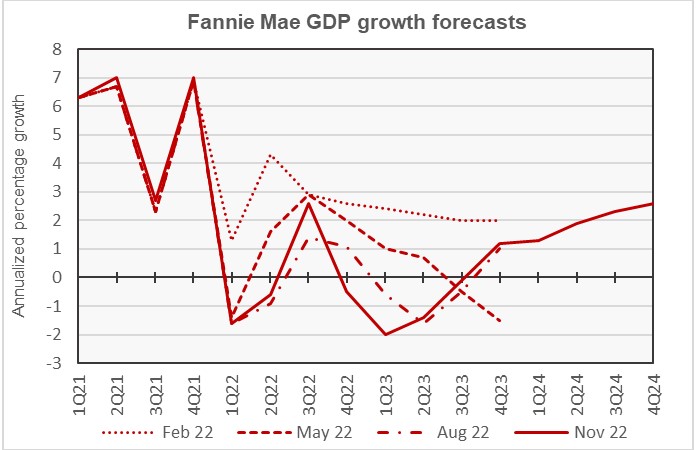 The chart shows that the latest GDP forecast calls for the downturn to persist for 4 quarters, from Q4 2022 to Q3 2023. However, the annualize growth predicted is only marginally negative for the quarters at the beginning and end of this period. This is roughly the same as what was called for in last month’s forecast, but the above chart shows that the expected date for the downturn to start has moved earlier since the May forecast. 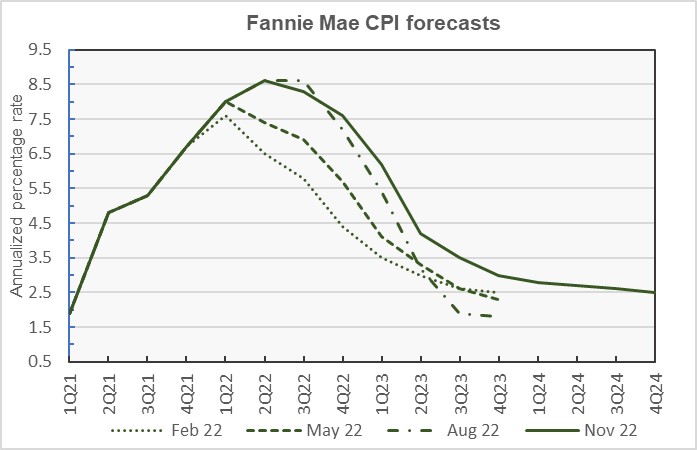 The rate of inflation predicted for every quarter of 2023 was revised higher in this month’s forecast and is now higher than was predicted for the same quarter in any previous forecast from Fannie Mae. While the October report of a drop in the rate of increase in the CPI in October could mean that peak inflation is now behind us, there have been false peaks before and only time will tell if the crest is now in the past. 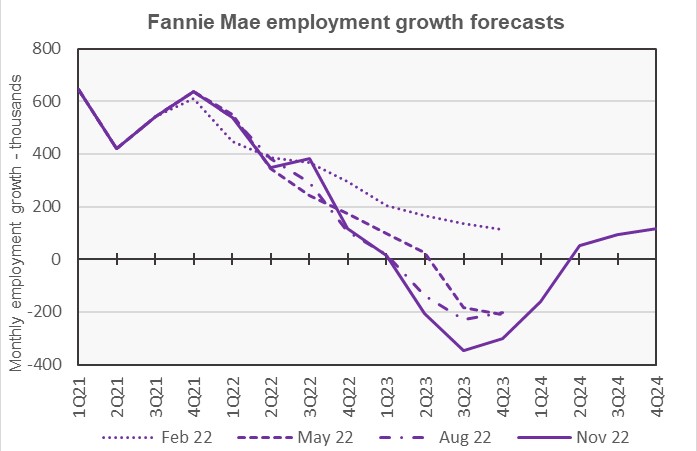 Not surprisingly, higher dollar-value renovation projects tend to be for complexes with more units, on average.