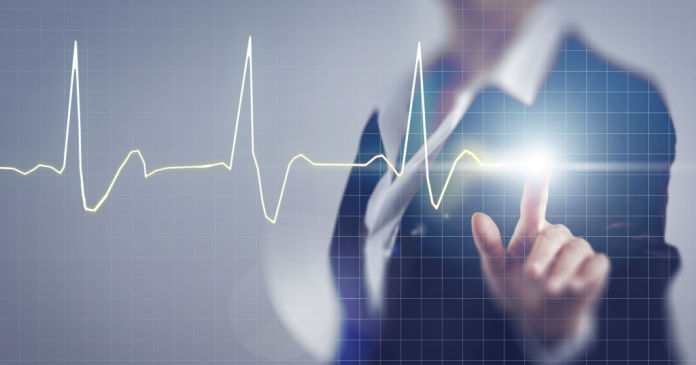 The “Week 50” edition of the Census Bureau’s Pulse Survey shows that the portion of renters with rent delinquencies rose to 14.0 percent, up from the survey low of 12.3 percent reported in the Week 49 survey.

The Week 50 survey collected data from October 5 to October 17. This is only 3 weeks after the period in which the “Week 49” survey data was collected, a break from the usual 4-week pattern. By starting the data collection window on the 5th of the month rather than the 14th as in the week 49 survey, renters who were late in making their rent payments may have been flagged as delinquent, even though they would have had paid if the survey had been taken 9 days later in the month.  This may partly explain the reported rise in rent delinquencies.

Renters in all phases of the Pulse survey have been asked whether they are behind on their rent. The first chart, below, shows the portion of respondents who said that they were behind at the time they were surveyed. Note that the midpoint of the “Week 50” survey period was October 11, 125 weeks after the initial Pulse Survey. 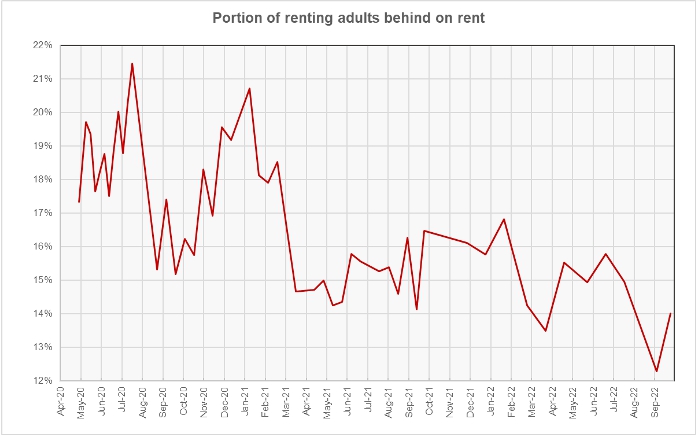 While the portion of renters reporting that they were delinquent rose 1.7 percentage points between the Week 49 and Week 50 surveys, the Week 50 result is still the third lowest rate of rent delinquency in the history of the survey. In addition to the Week 49 result, the Week 44 result, at 13.5 percent, was lower.

The survey asked participants whether they had experienced rent increases over the past 12 months. The results are given in the next chart, and are very similar to those reported for Week 49. Given recent reports of near double-digit rates of rent growth, it is perhaps surprising that 43.6 percent of survey respondents say that their rent has stayed the same or gone down in the last 12 months. 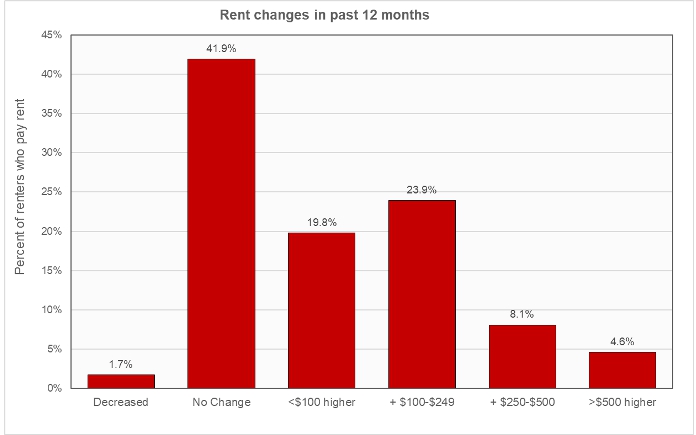 The next chart shows the distribution of rents paid by survey respondents. It would have been interesting to compare this chart to the same data from a survey taken a year earlier, but the question about rent paid was only first asked in the Week 49 survey, so older data is not available for comparison. 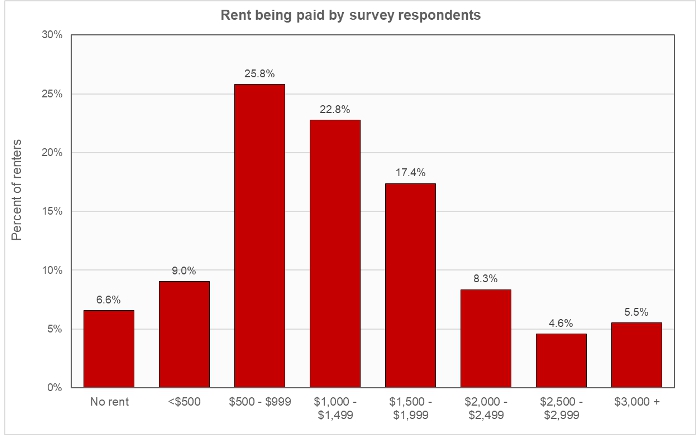 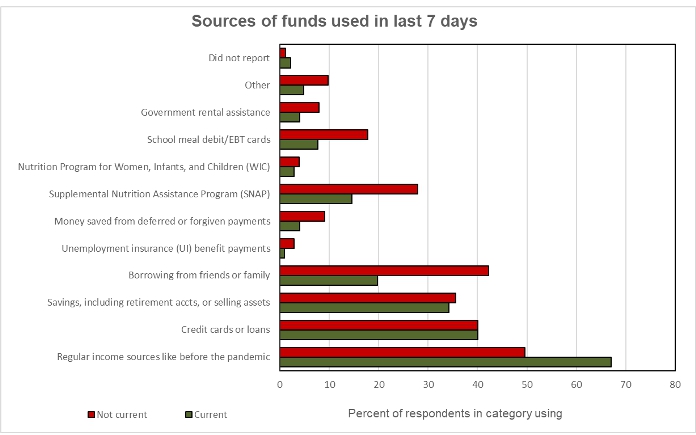 The Pulse Survey is an experimental program that the Census Bureau started shortly after economic shutdowns were imposed in response to COVID-19. It was designed to assess how the population of the country was faring under the economic stress caused by the reaction to the pandemic. The current survey, designated Week 50, is the second to be collected under what Census calls Phase 3.6 of the survey. With each new phase of the survey, Census modifies the set of questions being asked. For example, Phase 3.6 drops the detailed questions about renters’ use of Federal emergency rental assistance programs. The renter portion of the survey covers renters of both multifamily and of single-family properties.