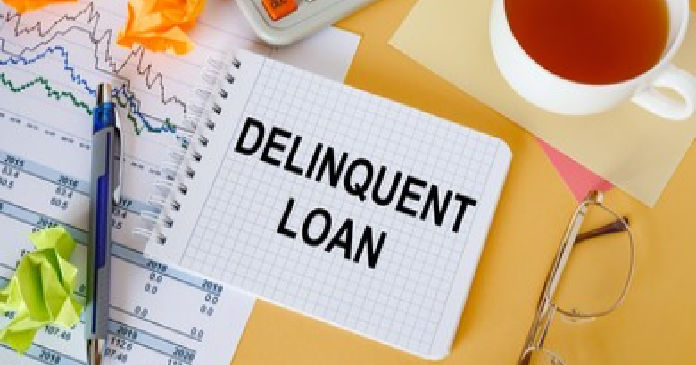 A pair of reports, one from Trepp and one from the Mortgage Bankers Association (MBA) show that delinquency rates for commercial mortgages are generally low. However, delinquencies rates are rising for certain categories of loans.

Your lender class may vary

The MBA report covers commercial property lending by Fannie Mae and Freddie Mac as individual entities and also by issuers of commercial mortgage-backed securities (CMBS), life insurance companies, and banks and thrifts as classes of lenders.

MBA notes that the standards that these various classes of lenders use in assessing whether to report a loan as delinquent vary widely. Therefore, the absolute delinquency rates reported by the different lenders are not directly comparable. Because of this, the first chart, below, shows the relative delinquency rate history for the lenders covered in the MBA report. The data displayed is normalized so that the average quarterly delinquency rate for each of the lender classes in 2018 is set to a value of 100. 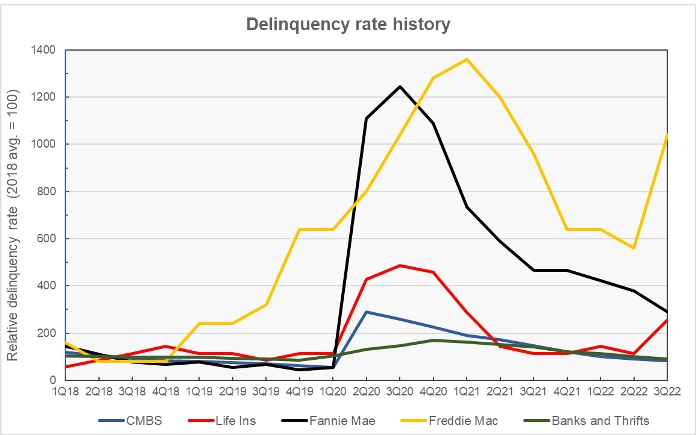 The Trepp report focuses on CMBS loans that are 30 or more days delinquent.

Unlike the MBA report, the Trepp report breaks out CBMS delinquency rates by category of industrial property. It found that the delinquency rate on loans on multifamily property in November was 1.81 percent, up from 0.85 percent in October. The report notes that this jump was driven by a large loan in New York becoming delinquent during the quarter. It also notes that there is a large loan on San Francisco multifamily property that is at risk for becoming delinquent.