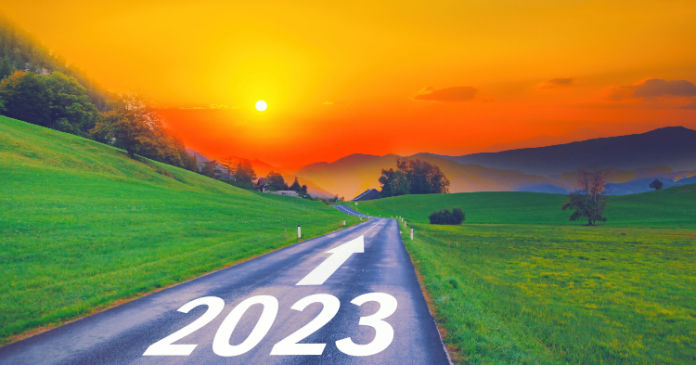 While the big news coming out of the recent meeting of the Federal Open Market Committee (FOMC) was their decision to raise the Fed Funds rate by another half point, the Federal Reserve also released updated forecasts for other key economic metrics at that meeting.

The forecasts see higher inflation in the near term which will require higher interest rates, a bigger rise in unemployment and a bigger drop in GDP over the next few years in order to bring it under control.

The FOMC meets 8 times per year but only releases economic forecasts at 4 of the meetings. The Fed forecasts present estimates for economic metrics by year through 2025 and a “longer run” forecast which reflects their view of the output of the economy if operating at equilibrium. The consensus Fed forecast is developed by the combining the forecasts of 18 economists. Each of the economists assumes that the Fed will follow “appropriate” monetary policy during the term of the forecast, although their individual ideas of what that policy is may vary. 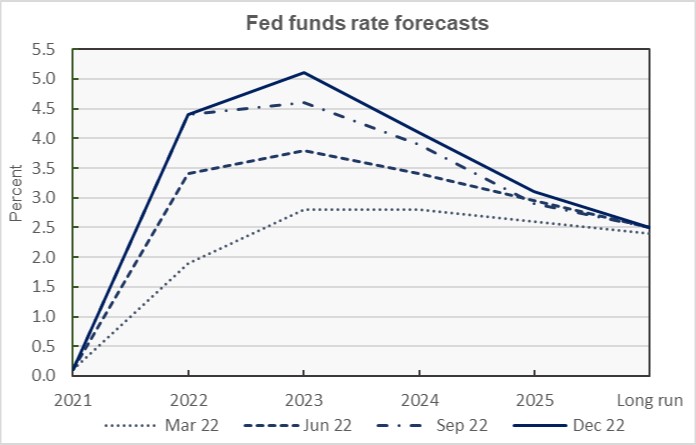 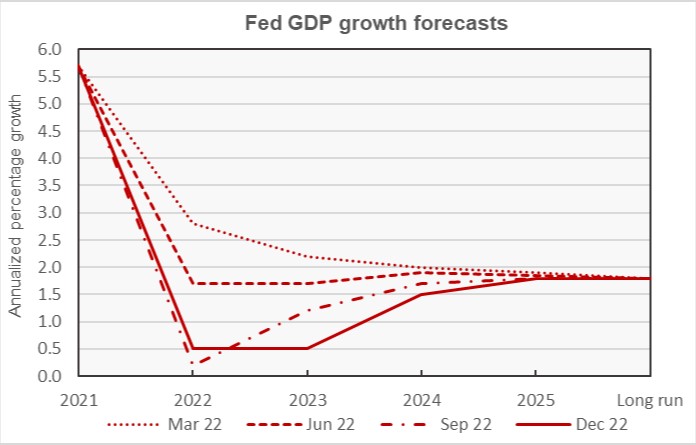 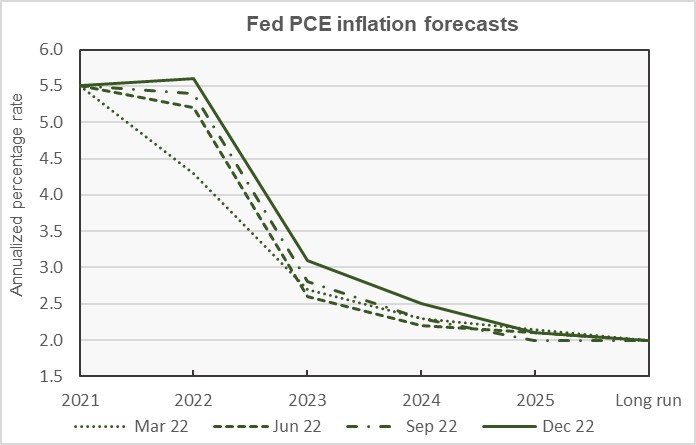 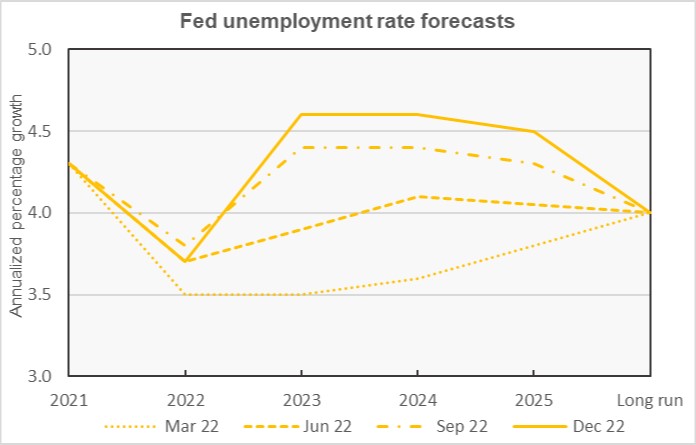 The next updates to the Federal Reserve’s forecasts for the economy will come after the March 2023 FOMC meeting.