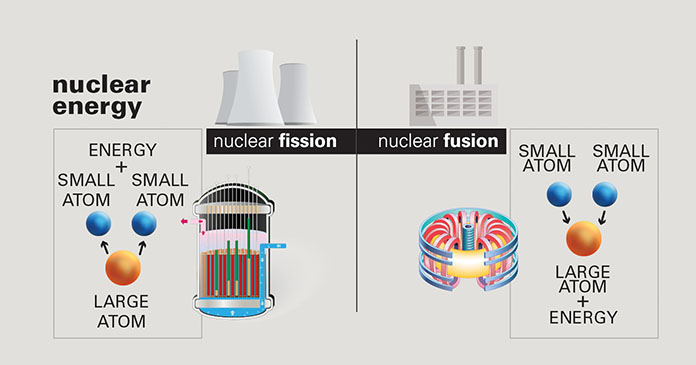 Livermore National Laboratory’s announcement is certainly a breakthrough, but it’s a commercially limited one. Nuclear fusion has long been hailed as the next great energy source, capable of providing nearly limitless power without the harmful emissions and waste associated with other forms of energy generation. In December, the National Ignition Facility at Lawrence Livermore National Laboratory announced that it had achieved “ignition,” which occurs when the energy output from plasma in a fusion reactor exceeds the energy put into the plasma. With continued investment from government and the private sector, we are likely to see many such scientific milestones reached in the next few years.

Yet it is important to be wary. Many of these milestones have little bearing on the commercial viability of nuclear fusion. Despite the press releases, the National Ignition Facility conducts weapons tests, not clean-energy research. There is no realistic path from the kind of fusion being celebrated this week to any sort of commercial project. To a lesser extent, that may also be true of progress that we’re seeing in other fusion projects, even commercial ones.

Fusion suffers from a sequencing problem. The easiest kind of fusion to get going is called D-T fusion, which fuses atoms of deuterium and tritium, two heavy isotopes of hydrogen. The reaction yields helium, a free neutron, and a bunch of energy that keeps the reactions going. The free neutron, which can’t be contained in the plasma, veers out of it in a random direction. It slams into either the reactor itself or into a barrier designed to capture the neutron, producing heat. This heat is then used to boil water and produce steam, which is used to drive a turbine and produce electricity.

If you think this sounds like a complicated and expensive way to boil water, you’re right. In fact, this issue may make D-T fusion permanently uneconomical. After all, the steam turbines used in D-T fusion are basically identical to those used in coal, nuclear fission, and geothermal plants. The only way that D-T fusion can compete with these other modes of electricity production is if it can produce steam more cheaply.

Producing steam with coal is simple and inexpensive. It has been done for hundreds of years. We make fission unnecessarily complicated in the U.S., but in principle, it, too, is simple: hold two uranium rods close together, and they make heat. We need advances in geothermal drilling to achieve steam that is hot enough anywhere on the planet to be comparable with steam from fusion, but holes in the ground are likewise simple.

In contrast, burning plasma at millions of degrees while confining it with one of the most complicated and costly machines ever built—that is an expensive way to produce steam. Worse, neutrons from the fusion reaction will occasionally bombard the machine itself, slowly destroying it and making its parts radioactive. Maintenance of the D-T reactors will be frequent and expensive; robots may be needed to avoid human exposure to radioactive parts. In addition, confinement failures, while not as catastrophic as fission meltdowns, are likely to be more common and will require costly cleanup efforts.

The easiest kind of fusion to achieve, then, may be permanently uneconomical, never able to compete with other forms of producing steam and powering turbines. Does this mean we should give up on fusion? Not necessarily.

Other forms of fusion are harder to achieve but don’t suffer from the drawbacks of D-T fusion. These reactions are called aneutronic fusion because they don’t produce a free neutron. Instead of using neutron collisions to produce heat and steam and power a turbine, these reactors convert the energy in the plasma to electricity directly and with much higher efficiency than a turbine.

A number of aneutronic fusion reactions are possible. One fuses two atoms of ultra-rare helium-3 to produce regular helium, two protons, and excess energy. Unfortunately, helium-3 is so rare on earth that the easiest way to make a serious attempt at this energy production mode is to mine billions of tons of lunar soil for helium-3 per year. Let’s get that space program going again!

Another aneutronic reaction is proton-boron fusion. It fuses a proton with the most common isotope of boron to make three helium atoms and excess energy. To make this work, the required plasma temperature is much higher than for D-T fusion.

Another promising reaction involves fusing deuterium with helium-3, producing ordinary helium, a proton, and excess energy. This reaction is not purely aneutronic since the deuterium in the fuel can react with itself. This D-D reaction yields helium-3, which is desired for subsequent reactions, but it also yields a neutron that must be dealt with, though not by using the resulting neutron collisions to make steam.

No matter which reaction is used, the key is that steam turbines shouldn’t be used. Turbines will nearly axiomatically make fusion economically uncompetitive with other energy sources. It simply seems impossible that fusion can be an economic source of steam when compared with the other options.

Unfortunately, officials and investors have ignored the warnings of prescient figures like the late MIT nuclear engineering professor Lawrence Lidsky, who voiced many of these criticisms as early as 1983. Because of continued investment in D-T fusion, we are likely to see additional scientific milestones. But when they come, be sure to ask: Does this thing have a steam turbine?

Author Eli Dourado is a senior research fellow at the Center for Growth and Opportunity at Utah State Univ.