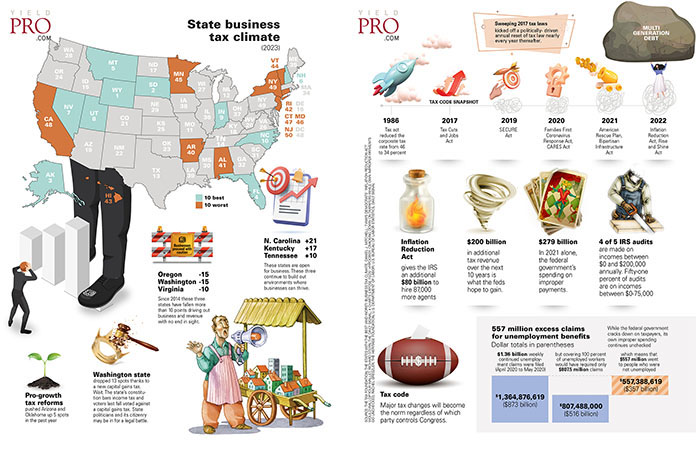 Since 2014 these three states have fallen more than 10 points driving out business and revenue with no end in sight.

These states are open for business. These three continue to build out environments where businesses can thrive.

Washington state dropped 13 spots thanks to a new capital gains tax. Wait. The state’s constitution bars income tax and voters last fall voted against a capital gains tax. State politicians and its citizenry may be in for a legal battle.

$200 billion in additional tax revenue over the next 10 years is what the feds hope to gain.

$279 billion in 2021 alone, the federal government’s spending on improper payments.

Major tax changes will become the norm regardless of which party controls Congress. Dollar totals in parentheses.

but covering 100 percent of unemployed workers would have required only $807.5 million claims ($516 billion)

While the federal government cracks down on taxpayers, its own improper spending continues unchecked which means that $557 million went to people who were not unemployed ($357 billion) 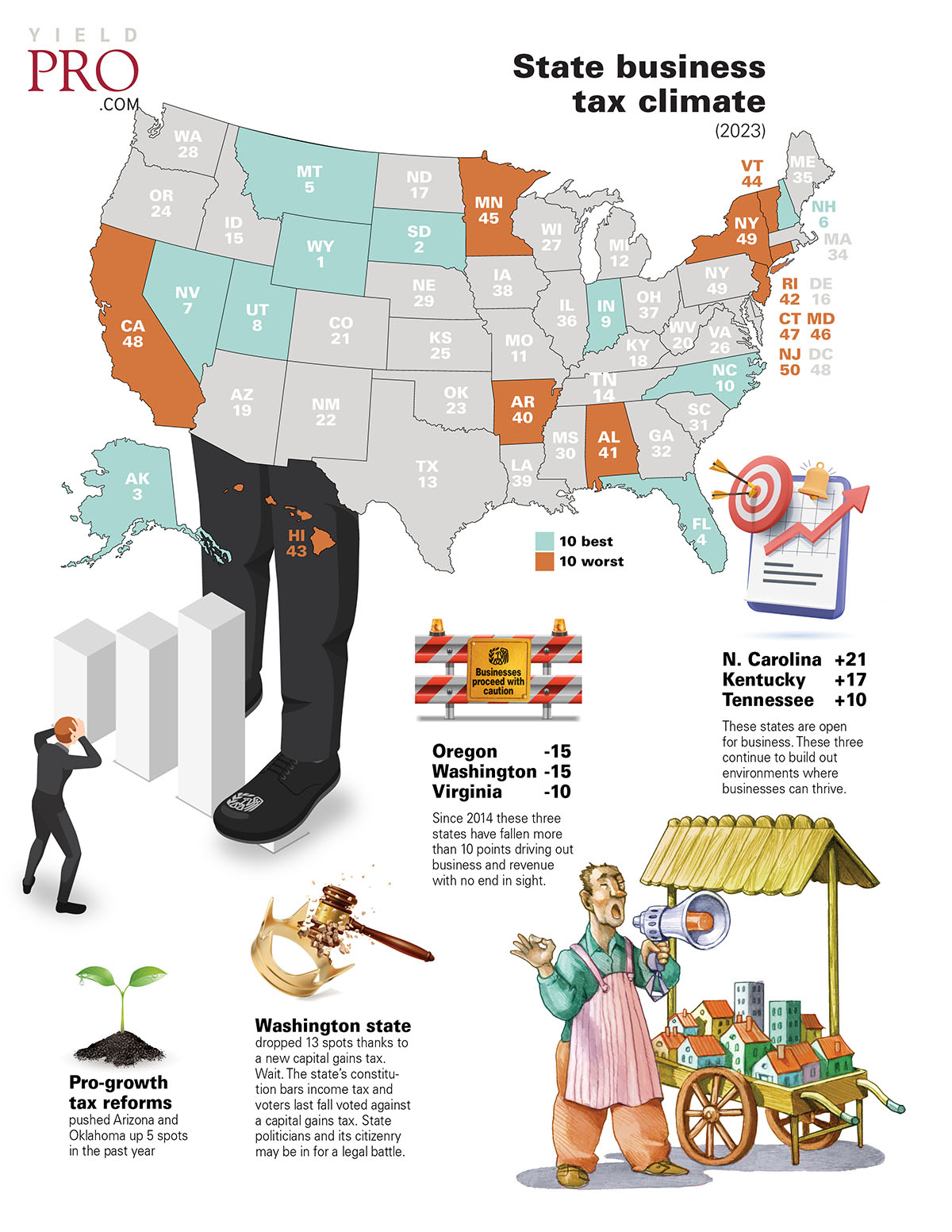 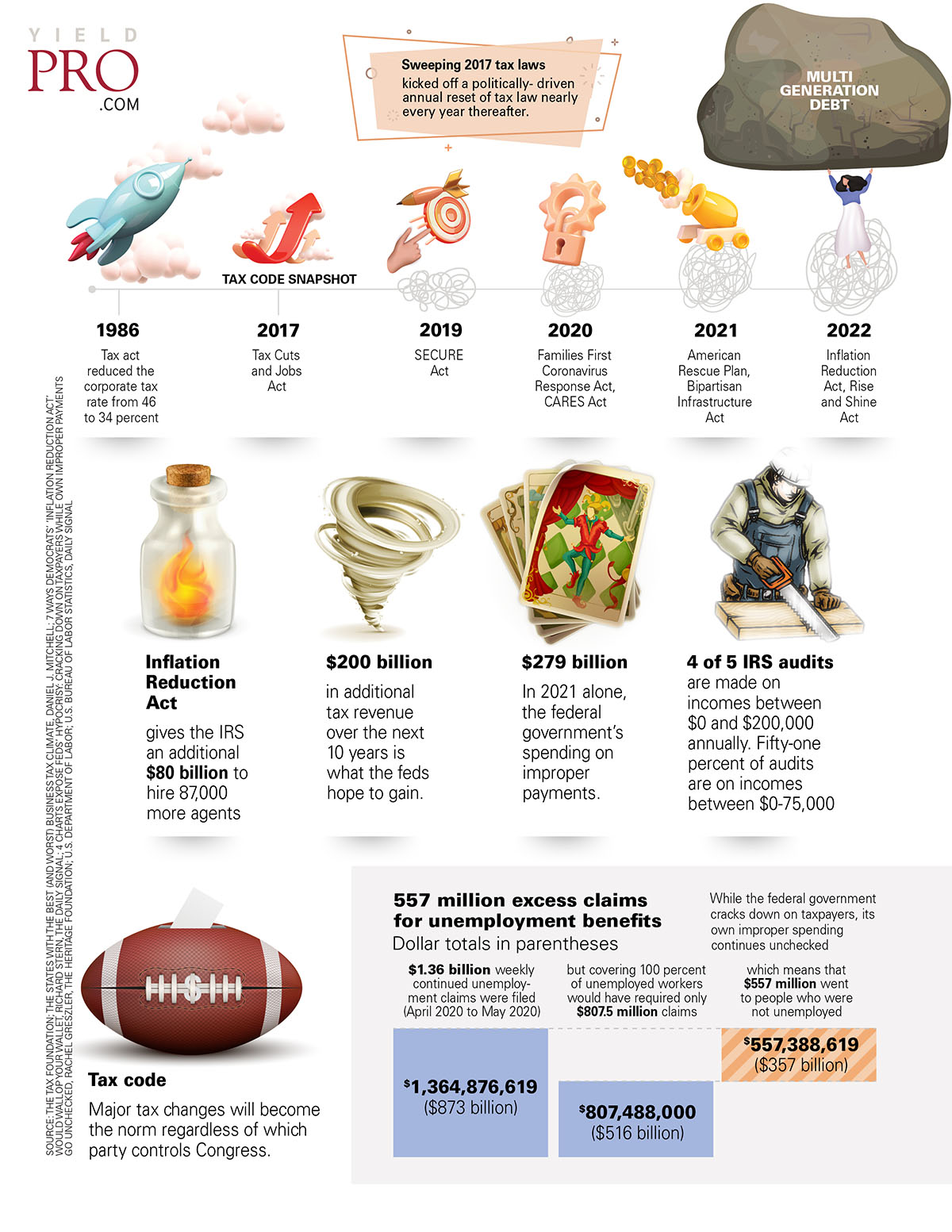