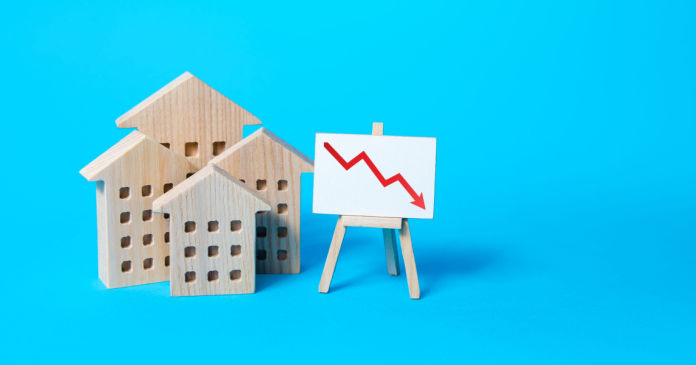 Appreciation in industrial property prices was 0.6 percent for the month and 14.4 percent over the past 12 months. Both of these rates are down from those posted last month but they are still the highest of any commercial property category covered in the report.

The poorest performing CPPI for a property category on a year-over-year basis was that for commercial property within 6 major metros*. This index was down 0.4 percent for the month and up only 0.7 percent for the year.

The first chart, below, shows how the CPPI’s for all commercial property and for apartments have changed since January 2012. To simplify the comparison, both CPPI’s have been normalized to a value of 100 in January 2012. The chart shows that the indexes exhibited steady growth from 2012 through 2019 with multifamily property prices appreciating at a higher rate than commercial property prices overall. This was followed by a covid-era surge in prices and by a general decline in prices over the last 5 months. 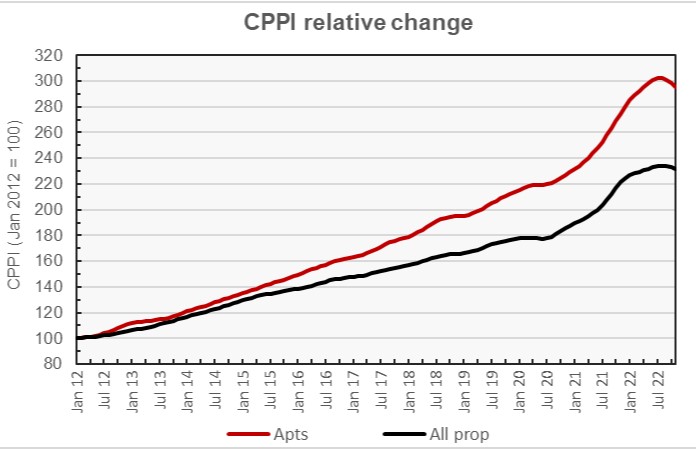 The next chart plots the year-over-year changes in the values of the CPPI since January 2012 for all commercial property as a single asset class and for apartments. The chart shows how property prices were whipsawed by the pandemic with a huge surge in year-over-year price growth followed by a more recent plunge. 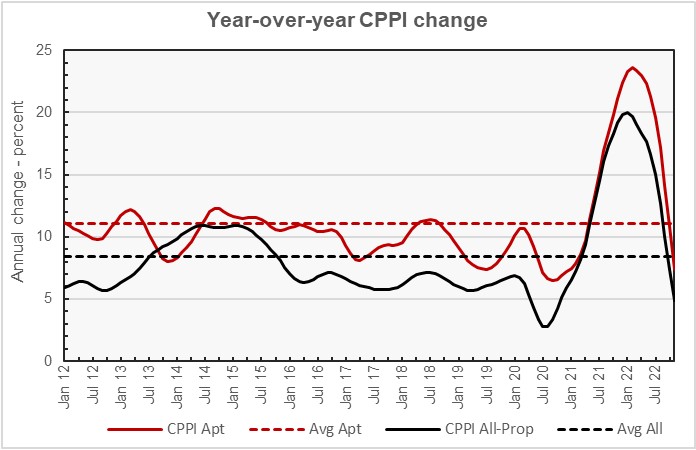 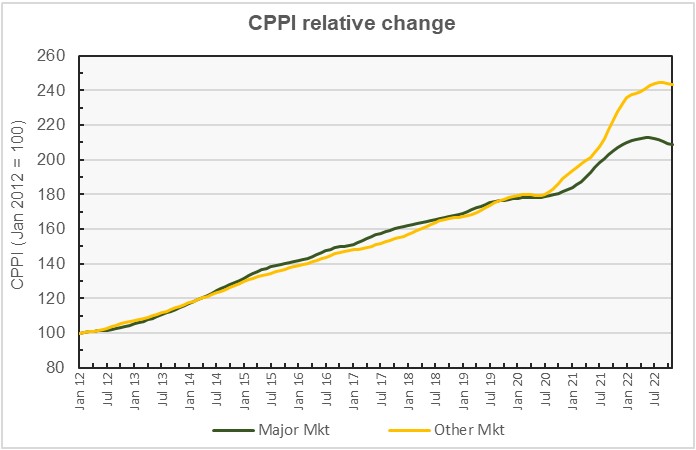 The final chart plots the history of the year-over-year change in the price indexes for the two property market segments since January 2012 along with the average rates of price appreciation for the two market segments for the period between January 2012 and December 2019. The latter two lines are nearly coincident showing how similar were the average rates of price appreciation in these two segments during that period. 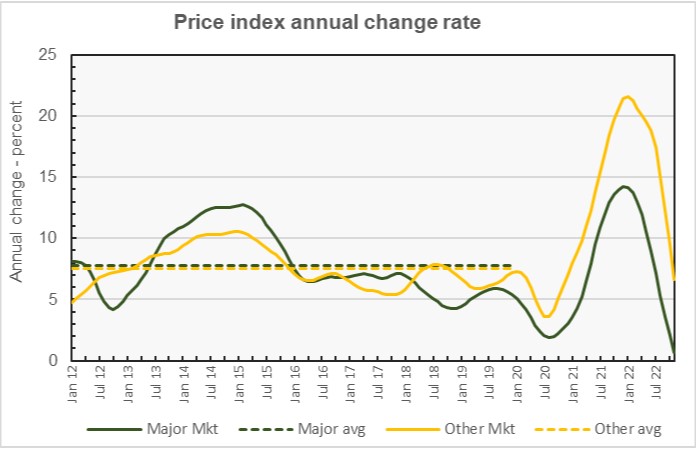