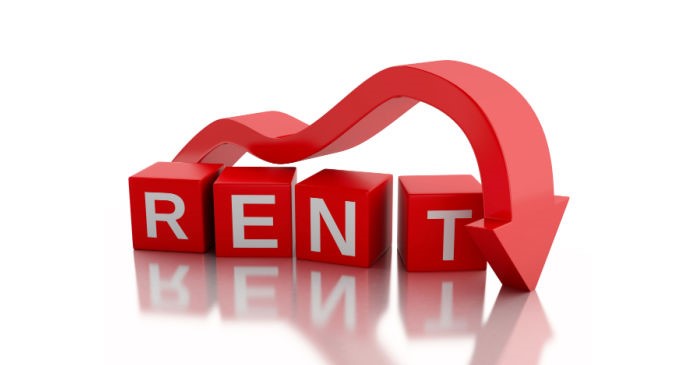 The national average asking apartment rent was up 6.2 percent in December from its year-earlier level. This rate of increase was down 0.8 percentage points from that reported last month. This was the tenth month in succession with a flat or declining rate of year-over-year rent growth.

Year-over-year rent growth for leases that were renewed was 11.8 percent in October. The national average lease renewal rate was 64.9 percent. 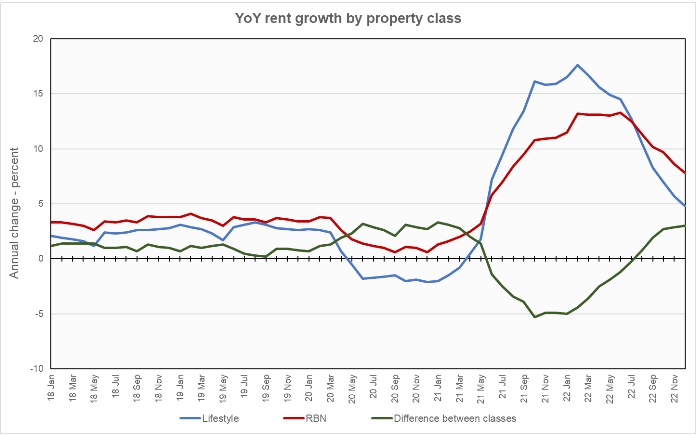 Yardi Matrix also reported that single-family rental (SFR) rents fell $8 from the revised level of the month before to $2,083 per month. The year-over-year rent growth rate fell to 4.8 percent. The national occupancy rate for single-family rentals slipped slightly to 95.8 percent in November. Occupancy was down 1.4 percentage points from its level one year ago.

Of the top 30 metros by population, the ones with the largest annual apartment rent increases as ranked by Yardi Matrix are given in the table, below, along with their annual percentage rent changes, overall rent to income ratio, rent growth for renewed leases and renewal rate for the month. The data on asking rent growth is for December. The other data is for November.

The top metros for month-over month rent growth in December were New York, Indianapolis and Houston. These were the only ones of the 30 metros tracked that saw positive rent growth for the month. The metros with the lowest month-over-month rent growth were Boston, Raleigh and Inland Empire.

Multifamily at the crossroads

The discussion section of this month’s report focused on the impact of the Federal Reserve hiking interest rates in order to combat inflation. While interest rates are currently not that high in inflation-adjusted terms, their rapid rise has weighed on the single-family housing market and threatens to push the economy into recession. Slowing job growth during a recession can reduce household formation which would reduce demand for apartments. However, a rebound in immigration will tend to support demand. At the same time, 400,000 units are expected to be delivered in 2023. Which of these cross-currents ends up being most significant will determine the direction of the market.

Yardi Matrix pointed to a recent trend of home sellers giving up on selling their homes and instead converting them to rentals. Nationally, 9 percent of home sellers took this step in November. This additional supply of SFR housing may put extra downward pressure on rents.