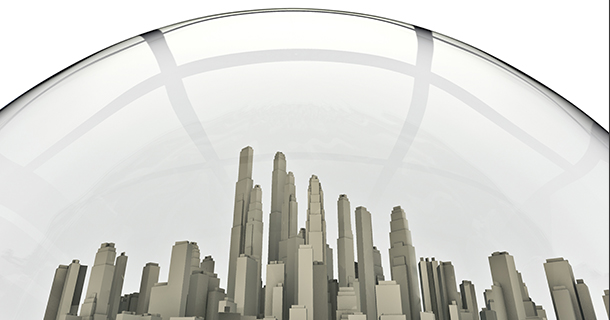 Multifamily loans issued by government-sponsored agencies Fannie Mae and Freddie Mac are buoying the price of apartment buildings to the point that buyers may not be able to refinance once interest rates rise, according to the report by N.Y.-based Chandan Economics LLC.

Getting a new, pricier loan for an apartment property bought at today’s prices would require an income increase “stronger than what we think of as a sustainable level of rent growth,” Chandan said in an interview. “Are we making loans today that we are not able to easily finance when they mature? The finding is yes.”

Investors are rushing to acquire U.S. apartment buildings as the homeownership rate hovers near the lowest level since 1998 and government-supported mortgage companies provide record levels of financing for multifamily properties.

The dollar volume of apartment loan originations by Fannie Mae and Freddie Mac reached the highest level in at least 11 years, according to the Mortgage Bankers Association. The government-supported entities boosted lending by selling $33.9 billion of bonds tied to apartment buildings last year, an increase from $21.6 billion in 2010, according to data compiled by Bloomberg.

Easy financing helped push sales of apartment buildings to $3.8 billion in January, a 53 percent increase from a year earlier, making it the best-performing type of commercial real estate, according to Real Capital Analytics Inc., a N.Y.-based research company.

The interest rate for a 10-year, fixed multifamily loan designated for purchase by Fannie Mae and Freddie Mac was 4.1 percent on March 2, according to Cushman & Wakefield Sonnenblick Goldman, a real estate investment banking firm. The rate is for a mortgage that covers as much as 80 percent of a property’s value. That same loan was 5.6 percent a year ago.

Chandan Economics analyzed 1,594 apartment mortgages originated in Q3 and Q4 of 2011, with an aggregate original balance of $12.7 billion. For each loan, the firm applied a “stress test” to see how much rents and resulting cash flow would have to rise for the owner to be able to refinance at a higher interest rate without adding equity.

“In scenarios where Treasury rates reverted to long-term averages by the point of maturity, cash flow growth consistent with prevailing forecasts was generally insufficient to support refinancing,” the firm said.

Apartment rents in the U.S. climbed 4.1 percent in the 12 months through December, according to Axiometrics Inc. Multifamily landlords probably will have rental revenue growth of 6.7 percent this year, as few new buildings come to market, according to the Dallas-based research company.

“With so much attention focused on improving apartment fundamentals as a rationale for competitive bidding, market participants are at risk of underestimating the critical role of low-cost financing fueling current apartment trends,” Chandan Economics said.