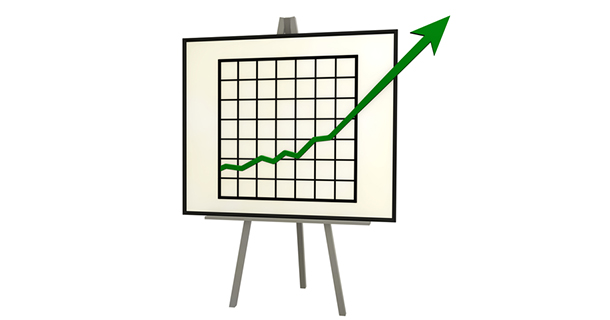 Tight supply and a depressed single-family housing market are combining to keep apartment buildings full and driving rental rates higher, in our view, benefiting these companies. REITs reported average occupancy figures of more than 95 percent for the 2011 fourth quarter, allowing them to raise rents on newly-signed leases.

We think increased rents will flow through apartment portfolios in 2012 as U.S. job markets slowly recover. Many apartment REITs are also expressing renewed interest in acquisitions. The number of bidders and property valuations has increased in recent months.

The home ownership rate in the U.S. has trended steadily lower since mid-2006, which is not surprising in light of the recent housing crisis. In our view, many Americans will be reluctant to purchase a home until price stability returns.

Moreover, the number of potential renters is expanding due to a large cohort of “echo boomers” entering the work force.

As the economic recovery gains steam, we expect an increase in household formations as young adults sever ties with their parents.

Young adults, particularly those age 20-29, have a high propensity to rent. The net result has been low turnover among existing apartment dwellers and strong demand from prospective new renters.

S&P Capital IQ also believes that multifamily owners will benefit from a lack of growth in new supply over the past two years, as many private developers curtailed plans for new communities during the recession due to a lack of financing.

New multifamily construction starts fell by 63 percent in 2009, as reported by the U.S. Census Bureau, before modestly rebounding 7 percent in 2010. This led to a sharp 44 percent drop in units actually completed in 2010.

A similar pattern emerged in 2011. Although new construction starts rose 60.4 percent, to 167 million units, this remains well below historical 20-year averages of close to 250,000 starts annually. Moreover, the number of actual completions in 2011 fell 11.0 percent to just 130,000 units. This will provide less competition for owners of established properties, including REITs.

We expect some REITs to help fill the gap in new construction by expanding their development pipelines in 2011. New activity, in our view, may be concentrated on the healthiest markets and particularly in supply-constrained metropolitan areas.

In addition, it has established development rights for over 9,400 more new apartment units.

Q1 profit reports have begun to arrive, and overall we expect the sector to report another quarter with average occupancy rates in excess of 95 percent, supporting pricing flexibility as space becomes scarce.

For the full year, we expect average rent increases could approach 6 percent as landlords aggressively raise rents on leases as they come up for renewal.

Our top picks in the sector include Home Properties, a REIT serving supply constrained east coast markets and with an active redevelopment program.

We also strongly recommend Essex Properties Trust, a REIT positioned in west coast markets like San Francisco and Seattle that is benefiting from job growth in the technology sector.

These REITs earn our highest 5-star buy rating. In addition, we have a 4-star buy recommendation on UDR, which owns midmarket apartments in coastal urban markets. As employment expands, the rental market is tightening.