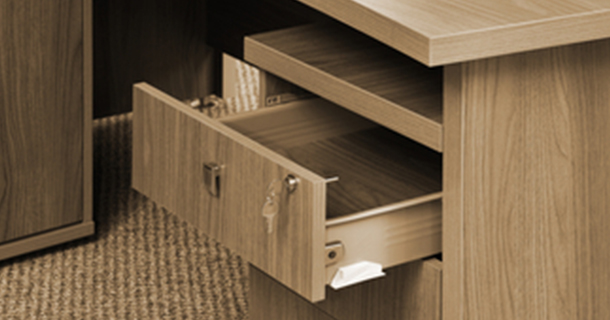 By this measure, the jobs situation has improved little in recent years. The percentage of workers between the ages of 25 and 54 who have jobs now stands at 75.7 percent, just a percentage point over what it was at the downturn’s worst, according to federal statistics.

Before the recession the proportion hovered at 80 percent.

While the unemployment rate may be the most closely watched gauge of the economy in the presidential campaign, this measure of prime-age workers captures more of the ongoing turbulence in the job market. It reflects “missing workers” who have stopped looking for work and aren’t included in the unemployment rate.

During their prime years, Americans are supposed to be building careers and wealth to prepare for their retirement. Instead, as the indicator reveals, huge numbers are on the sidelines.

“What it shows is that we are still near the bottom of a very big hole that opened in the recession,” said Heidi Shierholz, an economist at the Economic Policy Institute, a left-leaning think tank.

The nation’s unemployment rate has shown signs of improvement, ticking down from 10 percent to 8.1 percent. But if it tallied people who have given up looking for jobs, it would certainly be higher.

The ratio of employment to population, which economists refer to as “epop,” “is a much better measure for what people are experiencing in the job market,” Shierholz said. “The unemployment rate is screwy right now because the labor market is so weak that people have stopped trying.”

For example, in April, the unemployment rate ticked down from 8.2 percent to 8.1 percent. Ordinarily, a drop in unemployment would be interpreted as a sign of improving economic health. But it dropped largely because so many people stopped looking for jobs.

Shierholz estimates that about 4 million workers have simply stopped looking, and so do not show up in the tally used for the unemployment rate.

As the presidential race heads into the summer, the health of the economy-and how voters view it-becomes critical, and for many people, the job market is their most significant contact with the economy.

According to the most recent Washington Post-ABC News poll, the issue of paramount interest to voters is the economy and jobs, with more than half describing it as the “single most important issue.”

By comparison, the next most important issue, health care, trailed far behind at 7 percent, and moral and family values followed at 5 percent.

About 83 percent of those in the poll, conducted in mid-May, rated the state of the economy as “poor” or “not so good,” a much higher portion of negative views than at any other time in the 10 years preceding the recession.

The job market “feels like a game of musical chairs-if you didn’t have a job when the market crashed, well, that chair is gone,” said Karen Akers, 50, of Vienna, who lost two jobs to budget cuts during the recession.

She just reentered the workforce in March, although at a lower salary in client relations at a sprinkler company.

“I don’t know that people trust any of these economic numbers these days, anyway, because they were all good before the crash,” she said. “Whatever economists are telling us, I don’t know that we can believe it any more than what we see in the job marke – and what you find there is not good.”

Indeed, in interviews outside the unemployment office in Alexandria, people looking for work said that finding a job three years after the recession’s official end, seems just as hard as it did during the recession.

“In 2008, it was much easier-I got a job right away,” said 41-year-old Rob from Arlington, who last worked in sales for a defense contractor. Like others interviewed at the unemployment office, he declined to give his last name to protect his privacy.

“It’s definitely more negative, which really caught me off guard,” he said. “Employers have gotten used to doing pretty much what they want to do in this market.”

“I’m actually considering a position in retail,” said a 53-year-old Northern Virginia woman who had held a senior position in international sales and recently earned a master’s degree in management. She has been looking for a job for three years. “I can’t tell you how many women I know, one of whom was a bank vice president, who have already taken these kinds of jobs- they’re working at Joann’s Fabrics, Sur la Table and Crate & Barrel.”

The impact of these difficulties reaches far beyond those looking for work.

For those working, real wages have been stagnant since 2008, Shierholz said.

Moreover, the number of people quitting jobs-a figure that tends to rise when jobs seem plentiful and fall when they seem scarce-remains lower than it was at any time in the years leading up to the recession, according to government statistics.

Some of the workers have sensed a slight strengthening in their outlook, however: a few more calls, a few more openings, a few more interviews than they’d previously seen. Indeed, the “epop” figure for primeage workers has risen since October.

Mark, 50, a heating and AC technician from Alexandria, was out of work in 2009 but found a job right away. He was laid off again about six months ago and, standing outside the Alexandria unemployment office, said it seems harder this time around.

“The economy is just really messed up right now,” he said.