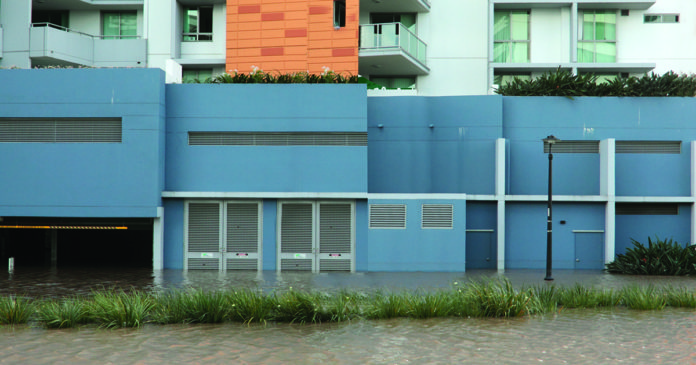 For Howard Kunreuther, Erwann Michel- Kerjan and Wharton’s Risk Management and Decision Processes Center, this is a very big deal, and relates directly to principles articulated in their book, At War with the Weather, published in 2009.

“This is such an important piece of legislation from our vantage point,” says Kunreuther, Wharton professor of operations and information management, and co-director of the Center. “It is the first time that Congress has really indicated that a program such as the NFIP should consider risk-based rates as a basis for selling insurance while recognizing that one needs to address the concerns of low-income people by considering the possibility of means-tested vouchers.”

The recommendations coming out of Congress “are ideas that Erwann, managing director of the Center, and I have been talking about with Congressional staff, FEMA (Federal Emergency Management Agency) and others for the past years,” he adds.

The first principle outlined in the book addresses risk-based rates and states that: “Insurance premiums should reflect risk to signal to individuals how healthy and safe they are, what preventive or protective measures they can undertake to reduce their vulnerability to illness and/or property losses, and whether buying insurance really reflects efficient risk spreading. Risk-based premiums should therefore also reflect the cost of capital that insurers need to integrate into their pricing to assure adequate return to their investors.”

The second principle-on equity and affordability issues-states that: “Any special treatment given to consumers at risk (e.g., low-income uninsured or inadequately insured individuals) currently residing in hazard-prone areas should come from general public funding and not through insurance premium subsidies.”

A report titled Disaster Resiliency: A National Imperative was released August 1 by the National Research Council (NRC), an arm of the National Academies of Science. Among their recommendations, the NRC study calls for investment in risk reduction through insurance and other financial instruments that enhance resilience by encouraging mitigation of properties and infrastructure. More specifically, the report indicates that one way to achieve resilience is to tie multi-year insurance policies to the property with premiums reflecting risk. Risk-based pricing can serve as an incentive that communicates to those in hazard-prone areas the level of risk that they face. Use of risk-based pricing could also reward mitigation through premium reductions and should apply to both privately and publicly funded insurance programs.

The report, says Kunreuther, a member of the committee which met for 18 months, included specific mention of insurance vouchers, one of the approaches that the Wharton Risk Center has long advocated.

Kunreuther and his team at the Center elaborate on the issue of vouchers: Low-income families in hazard-prone areas would pay a risk-based insurance premium and then be issued an insurance voucher to cover a portion of the increased cost of insurance. The amount of the voucher would be determined by the family’s income and the magnitude of the increase in the insurance premium. Several existing programs could serve as models for developing such a voucher system: The Food Stamp Program, the Low Income Home Energy Assistance Program and the Universal Service Fund.

Whether the legislation passed in July will make a significant difference in the treatment of natural disasters “is an interesting question,” says Kunreuther. “It’s clearly important to sustain the momentum coming out of the NRC study, and we are doing that, along with other centers and universities. These issues also have an impact on climate change when you think about sea level and flood risk threats, which is another area our Center is working on.”

Kunreuther notes that a book to be published this fall co-authored with Wharton health care management professor Mark Pauly-Insurance and Behavioral Economics: Improving Decisions in the Most Misunderstood Industry-advocates the same general principles as At War with the Weather, but “is a much more general book on insurance,” dealing with insurance issues related to property and health care.

Noting his delight over the passage of the NFIP renewal, Kunreuther also says that “the champagne will come out only when people start taking the next steps, such as making everyone aware of the fact that better flood maps are needed in order to highlight risk. It will also be crucial to figure out ways to deal with the affordability and equity issues, which is why the insurance vouchers have such an important role to play going forward.” But overall, he adds, Congress’s action last month “was definitely a cause for celebration.”