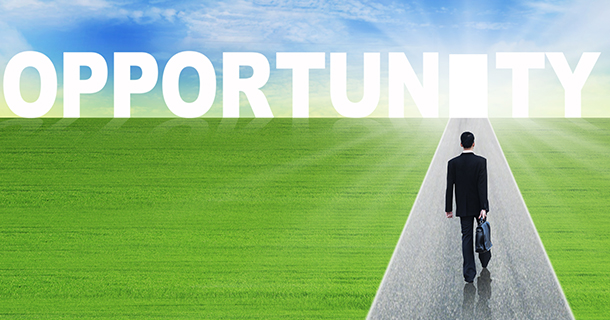 For years, we thought we had won. After all, almost no self-respecting public figures call themselves socialists anymore. With the advent of the New Democrats, even America’s progressive party was on board with free markets and somewhat limited government. The Reagan era had ended the debate about whether the free market was a force for good in the world.

So how did we end up where we are today: a federal debt higher than our GDP, bailing out bankers and passing trillion-dollar stimulus packages, and government consuming more than a third of what America makes? In other words, after two decades of what should have been the best days of free enterprise, how have we slouched towards the brink of full-scale European social welfare statism?

It’s tempting to say that we didn’t make the case for free enterprise with enough good studies, or the right data, or through the right ads or messages. But that’s not the problem.

The truth is this: We failed to launch a sufficient moral defense of free enterprise. We’ve won the material argument. But when it comes to the moral argument, we’ve let the other side win by forfeit.

Americans learn early on in school that the Declaration of Independence claims for us as our birthright the rights to “life, liberty, and the pursuit of happiness.” The Founders used this phrase because they wanted to make a moral case for our nation’s struggle for independence.

But what does the right to pursue happiness mean? It means earned success: The right to define and seek our happiness as we see fit, through creating value in our lives and in the lives of others. For some people, this leads to prosperity in business. But for others it means saving souls, helping the vulnerable, raising kids who become good men and women, cleaning up the environment, or creating beautiful art. Either way, it doesn’t mean mindlessly pursuing money for its own sake.

Earned success from free enterprise is the only way we can achieve true fairness. Fairness is not “spreading the wealth around,” taking that which people have earned and giving people what they haven’t. It means creating a system of opportunity for all, allowing people to define the terms of their success, and letting them achieve it only through their own hard work and merit.

And who benefits from this system? Many politicians today tell us only the rich do. Don’t believe it.

Since 1970, the percentage of the world’s population living on a dollar a day or less has decreased by 80 percent. Is this because of the fabulous success of the United Nations or US foreign aid? Of course not. It is because of globalization, free trade, and entrepreneurship. In short, it is because of free enterprise, which is truly America’s gift to the world’s poor.

If you care about free enterprise, then I’m not telling you anything new. Those of us who understand why free enterprise matters know that it provides the greatest freedom and the most opportunity for people because it allows us to give our lives meaning and purpose, and leads us to act in a way that lifts everyone up. But we’ve too often forgotten to make this argument, instead focusing on materialist arguments related to economic efficiency.

This has allowed statistics to claim that their policies are somehow fair, whereas our are greedy and materialistic. We know that this simply isn’t true. But we’ve vacated the moral high ground, and that’s why we lose the argument. Our challenge is to make that moral case, make it first, and make it proudly.

When you put free enterprise and statism side-by-side, there’s no question which system leads to greater happiness, which is fairer, and which best helps the least among us. We know it’s free enterprise, and we know why this is so. Our challenge is to make the case that comes from our hearts.