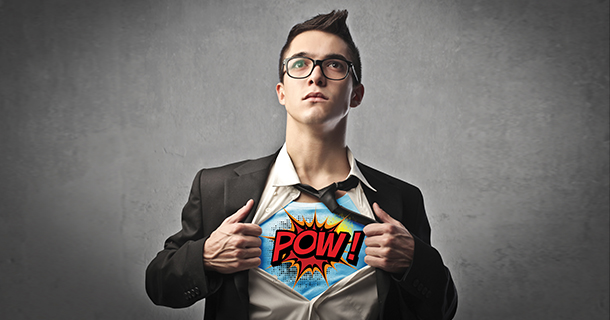 The most engaging communicators avoid trite expressions, whether in conversation or in writing. They use strong, simple words. Think of Winston Churchill’s famous phrase blood, toil, tears, and sweat. And remember what George Washington said when questioned about the fallen cherry tree: not “It was accomplished by utilizing a small, sharp-edged implement,” but “I used my little hatchet.”

When you write emails, reports, letters, and other documents, here’s how to keep your readers alert and responsive:

Use personal pronouns skillfully. Don’t overuse I (nor begin paragraphs or successive sentences with it), but do lean heavily on we, our, you, and your. These are friendly words that pull readers into a document.

Use contractions. Many writers have a morbid fear of contractions, having been taught in school to avoid them. But you won’t be breaking any real rules if you use them-and they counteract stuffiness, a major cause of poor writing. Relax. If you’d say something as a contraction, then write it that way.

Avoid passive voice. Don’t write “The closing documents were prepared by Sue;” instead, write “Sue prepared the closing documents.” This guideline is hardly absolute- sometimes passive voice is the most natural way to say what you’re saying. But if you develop a strong habit of using active voice, you’ll largely prevent convoluted, backward-sounding sentences in your writing.

How do you identify passive voice? It’s invariably a be-verb or get, plus a past-tense verb. Some examples:

Vary the length and structure of your sentences. Monotony, as Cicero once said, is in all things the mother of boredom. It’s true of syntax no less than it’s true of eating or anything else. Sameness cloys. So you want short sentences and long; main clauses and subordinate ones. You want variety.

Avoid alphabet soup. Readers find acronyms tiresome, especially ones with which they’re not familiar. Use them judiciously. It may be convenient to refer to COGS instead of spelling out “cost of goods sold.” But if you also throw in acronyms such as ABC (activity-based costing), EBITDA (earnings before interest, tax, depreciation, and amortization), and VBM (value-based management), only the accountants in your audience will follow you-you’ll lose everyone else. Small wonder, too. People don’t want to master your arcane vocabulary to get what you’re saying.

Surely you’ve had this experience as a reader: you encounter an acronym (a long one if you’re particularly unlucky) and can’t connect it with anything you’ve read in the document so far. You find yourself scanning backward through the text, hoping to find the first appearance of that acronym or else words that might fit it. By the time you find it (or give up trying), you’ve lost the writer’s train of thought. Never put your own readers through that.

Stick to words when you can. Acronyms make writing easier, but reading harder. Your shortcut is the reader’s hindrance.