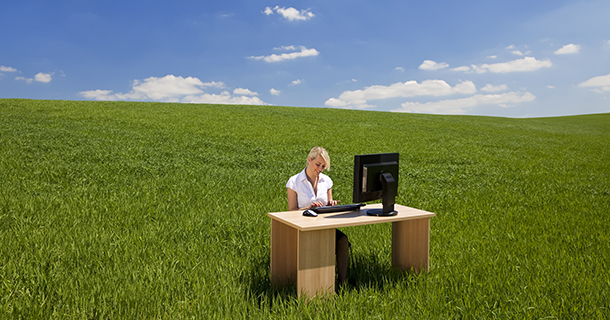 Although daylight saving time throws our circadian rhythms out of sync, the ongoing rationale for changing the world’s clocks twice each year has been energy savings. And recent national study suggests that there may be another benefit: crime reduction.

Researchers from University of Virginia and College of William and Mary examined how daylight saving time influences crime rates in the U.S. using data from the three weeks before and after the springtime switch over a four-year period. Their analyses revealed some compelling results: daylight savings time reduced robbery by 51 percent, rape rates by 56 percent, and murder by 43 percent. The researchers estimated that since 2007 the daylight savings time resulted in over $550 million in avoided social costs of crime per year. More lighting, the researchers argue, increases the likelihood of being seen by witnesses (or the police), which in turn discourages crimes.

Empirical evidence seems to support their argument: research from the 60s and 70s shows that criminal assaults are most frequent during hours of darkness and that dark rooms promote aggressive behavior. Darkness promotes criminal activities by producing anonymity, as dishonesty is more likely when offenders cannot be identified.

My colleagues Chen-Bo Zhong, Vanessa K. Bohns, and I wanted to investigate the extent to which lighting conditions affect people’s honesty within organizations. If darkness spurred society’s criminal element, would it have the same effect on well-intentioned and apparently trustworthy employees?

In one laboratory experiment, we placed participants in a dimly or well-lit room and asked them to complete 20 math problems under time pressure. The participants received a cash bonus for every correct answer. Since we were interested in whether darkness affects cheating rates, we left it up to the participants to score their own work and to pay themselves from a supply of money they had received at the beginning of the study. While there was no difference in actual performance on the math problems, almost 61 percent of the participants in the slightly dim room cheated while 24 percent of those in a well-lit room did. Eight additional fluorescent lights in the room where the study took place reduced dishonesty by about 37 percent.

We wanted to take this one step further. Was it the lighting levels that changed behavior or perceptions of the lighting levels? To figure this out, we introduced sunglasses into the equation. In another experiment, some participants wore a pair of sunglasses and others wore clear glasses while interacting with an ostensible stranger in a different room (in actuality they interacted with the experimenter). Each participant had $6 to allocate between him- or herself and the recipient and could keep what he or she didn’t offer. Participants wearing sunglasses were more selfish: the amount of money they gave was 14 percent less than the amount shared by those wearing clear glasses. In addition, they reported feeling more anonymous during the study.

A dark alley actually provides some anonymity to criminals. But in this research, darkness had no bearing on actual anonymity-yet it still increased dishonesty and other morally questionable behaviors. The experience of darkness may thus induce a sense of anonymity that is disproportionate from actual anonymity in a given situation. In fact, follow-up research has found that brightness increases self-awareness, reflective behavior, and self-control.

I am not suggesting we flood executives’ offices with light to promote ethical behavior. But we should probably pay more attention to the many ways in which we are in the dark.

Our work life is full of such situations: we may feel anonymous when we communicate via email, when we post information online without revealing our identity, or when we work remotely rather than in the office. So, the next time you are on your computer to chat or text, you may consider raising the blinds and ask the person on the other end to do the same. More generally, being aware of the factors that make you feel you are in the dark will help you follow your moral compass.