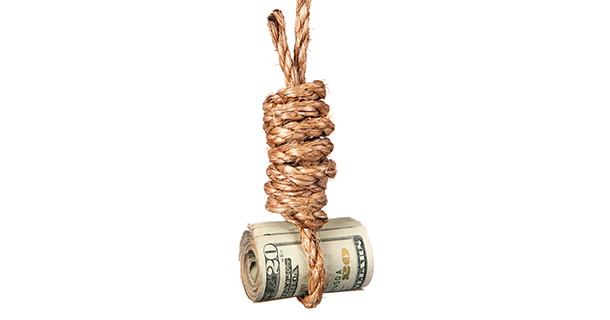 The agency is too meddlesome, too unsophisticated, too blind to offenses occurring under its nose, too prone to Wall Street influence via a revolving door, too soft on wrongdoers.

“The financial crisis comes along, and the SEC is one of the lead regulators. The crisis put the SEC in the spotlight,” says Jill E. Fisch, professor at Penn Law School, adding that the SEC “has had surprisingly low visibility. You didn’t see it riding out on its white horse and saying, ‘See!'”

Many Americans ask the same question, says Fisch: “Why isn’t the SEC leading off executives in handcuffs?”

The most notorious securities scandals of recent years appeared to surprise the SEC as much as everyone else, adds Marshall E. Blume, emeritus finance professor at . “They didn’t discover Ponzi mastermind Bernard Madoff. They never discovered market timing in mutual funds-not until much later. There were so many tell-tale signs that things were going wrong in both instances, but they weren’t examined.”

Now the agency has another of its occasional opportunities to reorient itself, with the expected Senate confirmation of President Obama’s nominee for SEC chairman, Mary Jo White. An attorney in Manhattan from 1993 to 2002, White appeared before the Senate Committee on Banking, Housing and Urban Affairs to affirm her commitment to strengthening securities regulation and deter violations like insider trading, lies to investors and fraudulent securities sales.

Though some of the questioning was pointed, dwelling on her recent years as a highly-paid lawyer for Wall Street firms that the SEC oversees, most observers think senators will focus on White’s generally well-regarded law enforcement credentials and confirm her. But that won’t end critics’ worries about the agency’s revolving door, which sees top officials often moving to lucrative Wall Street jobs and vice versa. White would face a tough task of making the agency more effective even as the financial markets become more and more complex, more global and harder to monitor.

Underfunding and split decisions Asked what questions they would put to White if they could take part in her confirmation hearing, none of the and Penn faculty interviewed expressed much concern about her work for Wall Street firms and other big businesses. All, however, wanted to know how White might wrest more badly needed funding out of Congress. The SEC operates on about $1.3 billion a year, just a bit more than the cost of a single F-35 jet fighter.

As a U.S. Attorney, White was known for aggressive pursuit of organized crime figures, terrorists and white-collar criminals. Then, as a partner in the prestigious law firm Debevoise & Plimpton, she earned millions representing corporate clients. She defended JPMorgan Chase from charges arising from the financial crisis, and she represented Kenneth Lewis, former chief executive of Bank of America, against charges that his bank had defrauded investors in the purchase of Merrill Lynch.

Some observers have wondered if private practice left her too cozy with the industry she would oversee at the SEC, but Fisch believes that White’s law enforcement background should equip her well for going up against powerful and well-funded adversaries like the big banks. White’s experience representing such institutions in private practice “only helps,” Fisch says.

While outsiders worry about lawyers’ loyalties, lawyers are practiced in advocating different positions when they work for different clients, she notes. White, in her testimony, made the same point, saying her ethical obligation is to represent her client as best she can, and that as SEC chair, her client would be the American people.

“I think the fact that she just finished a stint on the other side wearing the bank hat may be an advantage, not a disadvantage,” adds Thomas Donaldson, professor of legal studies and business ethics. “Far more worrisome than that are other things. First of all, the underfunding of the agency itself is a persistent reality that limits the reach of anybody who holds that office.”

Kent Smetters, professor of business economics and public policy, cites underfunding as a critical issue that results in inadequate monitoring and inspection of the financial industry. New classes of financial advisors open to conflicts of interest and get far too little attention, Smetters says. According to Fisch, the SEC needs a larger budget to attract a higher level of talent for investigation and litigation, to do better research and to upgrade the agency’s technology for monitoring markets.

Noting another problem the next SEC chairman will face, Fisch points to a greater tendency in recent years for the five SEC commissioners to issue split decisions on new rules, with the losing side writing dissenting opinions. Traditionally, three of the five commission seats are held by the party that controls the White House, and two go to the other party. “I definitely think it’s been very destructive,” Fisch says, suggesting that more unanimity would give the SEC more clout.

Outsiders are often frustrated that the government has not brought criminal cases against Wall Street executives who helped cause the financial crisis, and some would like the next SEC chairman to toughen up the agency. But Fisch notes that although the SEC can coordinate with the Justice Department and other law enforcement agencies on criminal cases, the agency does not have authority to bring them itself.

Criminal prosecutors at all levels believe it is career damaging to bring cases they have little chance of winning. Criminal intent, key to a conviction in a criminal case, is hard to prove in securities cases because bad outcomes-such as investors’ losses-may simply be the result of bad luck or incompetence, which are not criminal.

“They feel that in many cases they are outgunned, and they are scared to death of losing,” Fisch says, explaining the SEC’s difficulty getting other law enforcement agencies to pursue criminal cases.

Despite this handicap, the SEC has been unusually aggressive in recent years in going after insider trading, she adds. “It’s clear that they are being effective in that area.”

Banks too big to fail, fines too small Critics have also focused on the SEC’s practice of settling its civil cases for monetary sums while allowing the target to neither admit nor deny guilt. Though the SEC boasts of record settlements with some large corporations, those fines-totaling hundreds of millions of dollars against firms like Goldman Sachs and Citigroup-have not been large enough to do much damage or provide much deterrence, critics say.

White assured senators that she felt no corporation is “too big to charge” with a securities violation. But she acknowledged that in assessing penalties, the SEC must consider the impact on the economy and on innocent people like the firm’s employees and shareholders. Because the top banks are now even bigger than they were before the financial crisis, this consideration seems to make it unlikely the SEC would deliver a crippling blow to a large financial institution, no matter what the offense.

But the SEC’s approach “is not a bad thing,” says Fisch, in that requiring an admission of guilt would make settlements harder to get, because it would make targets more vulnerable to civil suits from clients, investors, business partners or competitors. At the same time, the SEC could hold a harder line in settlement talks, especially if it had tougher litigators. “The SEC has a lot of very junior lawyers, and there’s a premium on moving cases through the system,” she notes. “Here’s where, again, maybe Mary Jo White can change the agency into one that is not afraid to go to trial.”

Deterring wrong-doing is extremely difficult when the rewards for wrongdoing are as large as they are on Wall Street, says Donaldson. “It’s hard to draw a bright line when you basically let people slip out of the noose at the last minute every time,” he suggests, adding that, nevertheless, the SEC could employ some more effective tools, such as claw backs to force executives to return pay if they are later found guilty of securities violations.

There have been cases in which industries have themselves pushed for tougher restrictions on behavior, Donaldson notes. Typically, that takes a galvanizing event, like a disaster, or the rise of a remarkable leader who can get others to see that they must sometimes put the interests of their individual firms behind those of the industry, economy or society.

But the recent financial crisis does not seem to have sparked this kind of thinking, and the big financial firms are generally opposing stricter regulation and restrictions on their activities. In 2007, Charles Prince, then CEO of Citigroup, famously said: “When the music stops, in terms of liquidity, things will be complicated. But as long as the music is playing, you’ve got to get up and dance. We’re still dancing.”

“He’s talking about a real and pernicious phenomenon,” says Donaldson. “The rational default has to be to engage in the practice that everybody else is engaging in, because if you don’t, you’re at a competitive disadvantage.” And because the marketplace does not encourage better behavior at the expense of profit, society turns to government, he adds, even though often “government simply isn’t up to the task.”

The next SEC chairman will have to play well with others-the CFTC, Federal Reserve, the Treasury and Federal Deposit Insurance Corp., along with international regulators-as the financial markets become more intertwined globally.

A key challenge, says Blume, is doing effective cost-benefit analyses as the SEC considers new regulations. “That’s one of the problems with the SEC. They have a large number of lawyers who are in the regulatory enforcement area, and not many economists.”

The next SEC chairman will have to deal with the massive regulation-writing chores required by the Dodd-Frank reform law passed in 2010 in the middle of the financial crisis, as well as the Jumpstart Our Business Startup Act of 2012, designed to make it easier for small businesses to raise capital. The agency has been widely criticized for failing to meet the regulation-writing deadlines set by Congress. But, in fairness, says, Fisch, Dodd-Frank demanded an unprecedented amount of work, and “the deadlines were not particularly realistic.”

In her committee testimony, White said that completing Dodd-Frank regulations would be a top priority. If White does take the helm at the SEC, only time will tell if her background in law enforcement and private practice have prepared her for the political environment that surrounds an SEC chairman, Fisch says, summing up the challenges that official faces: “Can she work with Congress? Can she work with a divided commission? Can she mobilize the agency to speak with one voice?”

Plenty of critics complain that the SEC has dropped the ball too often. Others want to roll back regulations the SEC is charged with enforcing, like the Dodd-Frank rules that could limit the activities of investment banks. With Congress sharply divided over regulation, the next SEC chairman can expect some hard days at the office.