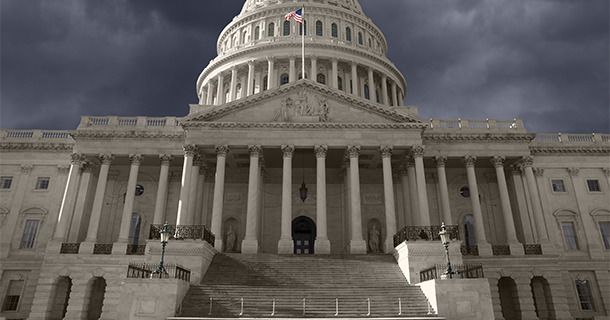 While AvalonBay Communities’ portfolio in the nation’s capital achieved positive revenue growth and rent growth in Q3, revenue growth from the company’s D.C. Metro portfolio was up about one percent year-to-date, but turned flat on a year-over-year basis, reported AvalonBay’s Executive VP of Investments and Asset Management Sean Breslin during the company’s third-quarter earnings call at the end of October.

“Sequestration and the volume of new supply were already creating a headwind in the market, so the threat of the government shutdown and the debt ceiling debate didn’t help our third-quarter results,” he said.

Rent growth for the quarter was one percent, reflecting renewal rate growth of 3.8 percent and new move-in rents down two percent, said Breslin.

In Q3, AvalonBay’s established D.C. portfolio consisted of 4,443 units and was the company’s second largest market, with Boston the largest at 5,070 same store units at the end of Q3. Average rental rates across the portfolio increased five dollars from Q3 2012, but economic occupancy was in the negative range compared to the prior year quarter, dropping 0.4 percent year-over-year and rental revenue went negative by 0.1 percent.

Rent change in the region was a positive one percent for the quarter and reflected renewal rate growth of 3.6 percent while new move-in rental rates were down two percent.

“We expect the D.C. market to continue to be challenged for the next few quarters, given the uncertainty in the mind of both direct and indirect government workers and the continued impact of new supply,” Breslin predicted.

Marcus and Millichap’s Q4 2013 report indicated a record number of units are underway throughout the region and apartment stock is expected to rise 4.3 percent as those projects are completed over the next two years. Nearly half of the new inventory will come online in the fourth quarter, pushing vacancy to the highest level since early 2010 and slowing the pace of effective rent growth.

The apartment research firm predicts that developers will have added 10,000 units to the market during 2013, increasing stock 1.9 percent, compared to last year when only 6,100 units were delivered to the D.C. market.

Breslin said, in terms of general tactics for the mid-Atlantic, AvalonBay is actively working to optimize revenue growth in the slowly declining market by trying to get residents to renew leases early, approaching people in August and September, whose leases were set to expire in November and December, for example.

Equity Residential CEO David Neithercut also said, during the company’s third quarter earnings call at the end of October, that the new supply in D.C., which was the REIT’s biggest NOI contributor in Q3, bringing in 15.6 percent of the net operating income, is beginning to impact the REIT’s numbers.

“Not surprisingly, our revenue growth estimates for the next year are impacted significantly by having nearly 19 percent of our 2014 same store revenue coming from the Washington, D.C. market, which we expect to produce slightly negative revenue growth next year,” he said, adding that he believes many of the company’s other markets will continue to deliver strong, above-trend growth in 2014.

Renewal rent increases remained strong in Q3 across the nationwide portfolio, averaging 5.4 percent, driven by Northwest markets, with San Francisco, Seattle and Denver all realizing achieved renewal rates that were above Q2 results by nine percent, 7.5 percent and 7.4 percent, respectively.

“Base rent increases quarter-over-quarter were 2.1 percent and were greatly influenced by the decline in Washington, D.C. rents of 3.2 percent. However, based on how we see the market today, we would not expect Washington, D.C. revenue to turn negative on a quarter-over-quarter basis until midyear, as renewals were positive 2.6 percent for October and are expected to be positive for quite some time,” reported Equity Residential Chief Operating Officer David Santee.

He said the company’s same store portfolio increased to 101,820 units from 82,553 units in Q3, reflecting the move to the same-store side of the units Equity Residential acquired in last year’s purchase of the Archstone portfolio in partnership with AvalonBay.

Focusing on 2014 guidance, he said, “Looking at the new market mix going forward, we arrive at a guidance of three to four percent by categorizing our markets into three buckets of revenue growth.”

The first bucket is filled with Northwest markets that are expected to produce combined 2014 revenue growth of more than five percent, driven by strong embedded growth in those markets and, thus far, minimal to no market disruption due to new supply.

The second bucket includes markets where revenue growth is expected to average 3.5 percent, which includes all other markets, excluding D.C. Those markets represent solid levels of embedded growth and continuing strong fundamentals with slightly elevated levels of new deliveries.

“Our core markets (in that basket) most impacted by new deliveries would be downtown Boston, Los Angeles and South Florida, with downtown Boston receiving the brunt of head-to-head new competition. LA and Orange County continue their slower than expected path to recovery, but still have plenty of runway for outsized revenue growth in the future,” Santee said.

The final bucket, representing almost 19 percent of the REIT’s total income, contains only Metro Washington, D.C., for which Equity Residential’s revenue model assumes a full-year decline of one percent next year.

“If we were to exclude D.C. from our 2014 revenue projections, our most likely outcome would produce full-year 2014 revenue in excess of four percent,” he said.

Asked how long the decline in D.C. will last, Neithercut responded, “Clearly there are an awful lot of units coming online. Certainly, there remains an extraordinary amount of dysfunction in D.C.,” but third-party household formation predictions for that market over the next few years indicate that the supply to come will be absorbed. “It won’t be pretty, maybe, getting there, but we think there will be a lot of incremental demand going forward,” he said.

Looking further into the future, Santee said, “When you look at the distribution of all of these units across the metro area, certainly a lot of those are downtown. When you start looking at deliveries into 2015, they spread out more to the burbs, which would not be as great an impact on our portfolio.

“When you add in the Archstone portfolio to next year, many of those communities that we acquired up Connecticut Avenue are virtually insulated from development. So, I think it’ll just come down to the timing of the deliveries, in conjunction with what’s going on with politics in D.C.,” he said, adding that Equity Residential just started lease-up at the recently completed 360-unit Belle Pre Apartments in Alexandria. Units are leasing at pro forma net effective rents and the pace of leases is robust and exceeding expectations.

Around 33 percent of the portion of the Archstone portfolio that Equity Residential purchased last year is located in the D.C. market.

Camden Property Trust saw same-property portfolio rental rates increase 4.9 percent year-over-year in Q3, with a slight dip in occupancy of 20 basis points. “We are still getting strong growth in Texas and Charlotte, both with 6.4 percent revenue growth, followed by Atlanta at 6.2 percent and Denver at 5.9 percent. Our weakest three markets were D.C., Vegas and San Diego, all with less than three percent revenue growth,” said Camden President Keith Oden.

He predicted Camden’s portfolio in the D.C. Metro, which is the REIT’s largest market with 4,947 apartments that contributed 17.9 percent of the company’s Q3 NOI, likely will see negative revenue growth in Q4 or early in 2014.

“Based on where our portfolio is currently, even though we were able to eke out a small positive number in the third quarter, early results in the fourth quarter look like it’s certainly likely that they could be flat to slightly negative in the fourth quarter. So, I think, as you look forward to next year, it would certainly be reasonable that you may get some slight negative in our portfolio,” he said of D.C.’s future performance.

“I think the overall story in D.C. continues to be one of slowing down and fighting our way through some additional supply,” he said.

“Our weakest submarket in D.C. right now is the product we have in suburban Maryland. We are doing a little bit better when you look at the B, B minus product. We only have one of those within the city where we had revenue growth north of 5 percent. But, most of the product inside the Beltway is fairly close to the 3.3 percent revenue growth we had. When you go outside the Beltway, it’s about the same, except when you get into supply-impacted areas such as Woodbridge for us,” said Davis.

UDR has only one asset in Washington, D.C., that’s rent-stabilized–the 414-unit Waterside Towers, which represented about 13 percent of UDR’s total D.C. revenue and produced 5.4 percent revenue growth in the third quarter. “If you take that out of our D.C. portfolio, we still would have revenue growth of 2.9 percent,” he said.

“What we’re sending out in D.C. for the next two to three months is probably in the four percent range,” said Davis.

Asked how the company achieved positive rent growth in the nation’s capital when its peers have been reporting negative growth, Davis said the strategy was to attack renewals early, 90 days before expiration to get a better indication of what residents were planning so the company could address notices to vacate more proactively.

“I think the locations we operate in, while they were somewhat affected by the new supply, with the exception of the U Corridor and out in Westbridge, we’re not really feeling the direct impact the way that some of the other multifamily REITs are,” he said.