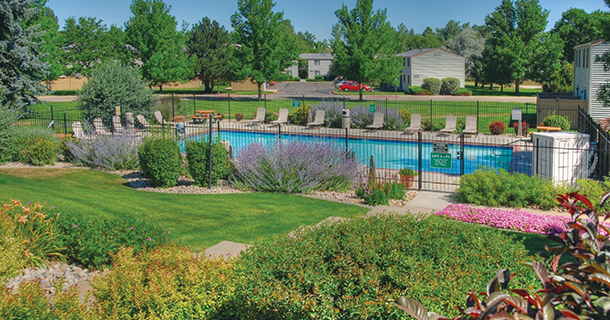 The big question is whether enough new inventory will arrive in the near future to help alleviate some of the tightness in key markets located in inventory-starved states such as Colorado. Colorado apartment rental markets continue to suffer from low vacancy rates, which means rents are higher and the pickings for renters is slim.

Caitlin Sugrue, a senior research analyst with the National Multi Housing Council (NMHC), points to the latest building permit numbers, which show 387,000 authorizations for new multifamily units in October, which is an increase from the past two months and the highest level achieved in quite some time, she said.

However, Sugrue said that number is still “kind of low.”

The good news is the numbers are in line with the 300,000 new-unit threshold needed to sustain the multifamily market. In fact, the six-month moving average for building permits reached 320,000 units in the latest government report, Sugrue said. But when asking multifamily industry insiders whether the market has access to capital for new projects that can alleviate tighter markets, the results reflect a great deal of uncertainty.

The report concluded that equity financing for apartment projects is not growing. The index measuring equity financing activity fell to a index score of 39, which is well below the 50 threshold that suggests favorable market conditions.

However, Sugrue noted that for the most part, market respondents viewed equity financing in the multifamily sector as virtually unchanged from past reports, with 60 percent saying equity finance conditions remain in the same position. This is neither good nor bad, just indifferent.

The debt financing index, on the other hand, managed to rise, with 22 percent of respondents saying conditions improved in multifamily lending, up from 8 percent. Still, 41 percent are pessimistic about borrowing conditions to finance new deals.

But it’s new deals that are needed to ensure healthy apartment markets in areas with dwindling supplies.

“Conditions cannot continue to improve indefinitely and new development is at least somewhat constrained by available capital–though more on the equity than the debt side,” wrote NMHC’s chief economist Mark Obrinksy in October.

Colorado’s issue with a lack of new construction may mirror some of these national concerns.

Apartment vacancies in Colorado remained low in most of the state’s key markets during Q3 even though the metro Denver vacancy rate edged up a bit to 4.4 percent from 4.3 percent a year ago.

Ryan McMaken, an economist with the Colorado Division of Housing, noted that the Fort Collins apartment market remained tight in 3Q, while the Greeley market went from being a market with only moderate growth to one that is extremely tight.

McMaken mirrors the NMHC’s assertions on equity financing by blaming tightness in the market on stifled new construction, although he does see a slight break in the clouds.

“As usual, employment is a major driver in all metros, as is the fact that new multifamily construction has only recently begun to pick up in Greeley,” McMaken said when discussing the conditions impacting renters in Greeley.

In fact, the Greeley market’s vacancy rate is at an all-time low, with most northern Colorado markets reporting occupancy rates of more than 97 percent in the third quarter.

On a market-to-market comparison, those local markets with some new construction are not suffering as bad from rising rental prices.

“Although vacancies are quite low there, we did see rent growth flatten out in the Fort Collins-Loveland area,” McMaken said. “That’s one of the few metros where we’ve seen a significant amount of new construction in recent years, so new supply is helping a little to moderate rents.”